FOXBOROUGH, Mass. (AP) — Dante Scarnecchia is no longer patrolling the sidelines for the New England Patriots. That doesn’t mean the retired offensive line coach’s presence isn’t very much a part of their success on offense this season.

Even with starting center David Andrews sidelined with a hand injury for last week’s win over Las Vegas, New England extended its streak to three games without an offensive penalty.

Since 2000 when Bill Belichick became Patriots coach, the team has played consecutive games without committing an offensive infraction four times but had never done it in three straight. According to Sportradar, it’s the longest such streak in the NFL since at least 1991.

Continuing to limit mistakes will again be key this week against a Kansas City defense allowing just 20 points per game.

“There’s definitely a heavy influence from Scar and I think as long as I’m here, there will be,” said Cole Popovich, who succeeded him along with Carmen Bricillo.

One of the questions facing the Patriots this season was how they would fare following the departure of Scarnecchia, who retired after last season as the league’s longest-tenured coach with the same team.

Considered one of the best O-line coaches in NFL history, he spent 34 of his 36 seasons with the Patriots before retiring at age 71. In his final season in 2019, the Patriots were flagged for just 49 offensive penalties, the fifth-fewest in the league.

It’s why Popovich said the coaching staff didn’t come into this season with the mindset of having to make many adjustments. He said they have been simply building on the foundation laid down by Scarnecchia. That includes everything from his approach to fundamentals to blocking schemes.

“Why would you change something that isn’t broken? It works,” Popovich said. “I think we all learned from Scar. A lot of the players are still here on this offensive line, myself also being under him for a number of years.”

That continuity has helped energize the Patriots’ running attack, which is tops in the NFL averaging 178 rushing yards per game. Quarterback Cam Newton is also tied for the NFL lead with four rushing touchdowns.

“It’s a (testament) to guys being locked in and focused on their craft as linemen,” Newton said. “Blocking downfield has been key for us in our success, especially running the football. It’s so much that we can kind of point to coaching and our mental telepathy to understand this is what we need to get done, and get those things done.”

Joe Thuney, who shifted over to center from left guard last week, said their focus on technique has kept the entire group grounded.

“Just trying to avoid getting ourselves in bad positions to make bad decisions,” he said.

Onwenu’s efforts have been particularly impressive considering he played right guard at Michigan.

Thuney said as well as they’ve fared through three games, he expects this group to continue to improve.

“It’s October … still early in the season,” he said. “So just keep grinding away week by week.” 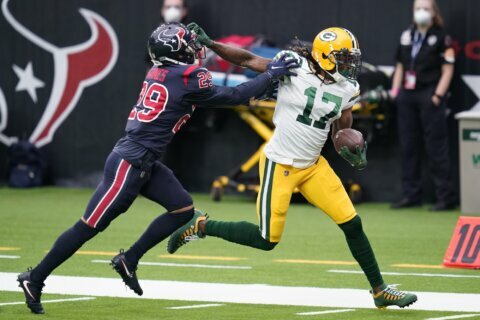 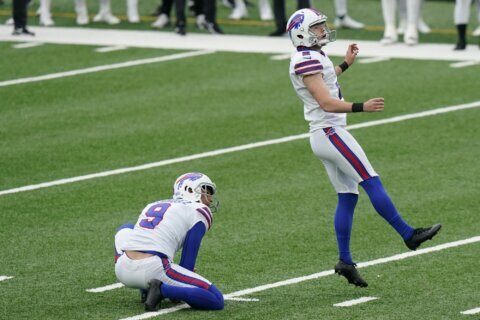 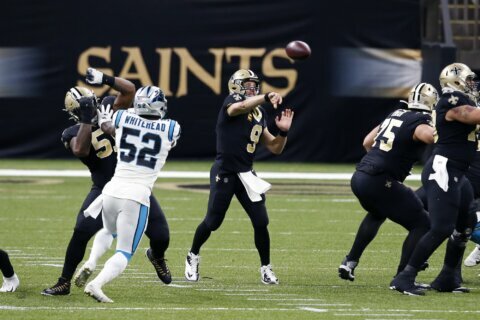