Jets’ Adam Gase: back in Miami and again on the hot seat

MIAMI (AP) — The season is trending so badly for Adam Gase that he might hear boos Sunday.

The New York Jets coach has been spared at home games because his winless team isn’t admitting fans during the coronavirus pandemic. But the Jets play Sunday at Miami, which is allowing crowds of up to 13,000. A sizable percentage will likely be disgruntled New York fans, and some Dolphins rooters might boo Gase too, just for old times’ sake.

He was fired by Miami owner Stephen Ross in 2018 after going 23-26 in three seasons. Gase was quickly hired by the Jets, and he’s on the hot seat again thanks to an 0-5 start, the team’s worst since 1996.

Gase’s successor in Miami, Brian Flores, is by contrast riding high thanks to a blowout victory last week at San Francisco that he ranked as his best win yet. The Dolphins are 2-3 and have a chance to reach .500 for the first time in the Flores era.

Gase said he’s mindful of his first season as an NFL head coach, when the 2016 Dolphins started 1-4 and rebounded to finish 11-6. That remains Miami’s only playoff team since 2008.

“Short-term focus and not looking too far ahead were big reasons for us to be about to turn things around,” Gase said. “That applies to what we’re going through right now. It’s not easy. It’s a test of can you handle adversity, and how you stick together.”

The Dolphins are favored for the first time this season, and facing a winless team creates a new kind of challenge for Flores.

“Every team has good players,” Flores said. “If you walk into a game thinking that somebody is going to lay down, you’re probably going to get the opposite, in my experience.”

The Jets were expecting to make a West Coast trip this weekend to face the Los Angeles Chargers, and the Dolphins were to play at Denver. Both teams’ schedules were altered because of coronavirus outbreaks involving several other teams.

“It definitely changes things,” Jets linebacker Jordan Jenkins said. “First and foremost, we need to hydrate now. It’s a big change going down to Miami. We know how hot it will be.”

With Sam Darnold ruled out for his second consecutive game with a sprained AC joint in his right shoulder, 35-year-old veteran Joe Flacco will get another start for the Jets.

Flacco signed with New York in May after having surgery on his neck, an injury that shortened his 2019 season with Denver. He went 18 of 33 for 195 yards and a touchdown in his Jets debut, and he’s hoping to be in more of a rhythm Sunday.

“I definitely think I came out just a little bit tentatively for whatever reason,” Flacco said. “I felt like after the first two series, really, I was able to settle in a little bit and actually start to play football.”

The Jets are 0-7 in games that Darnold doesn’t start since he was drafted in 2018. But Flacco is 7-0 as a starter against Miami, including a playoff win.

The Jets’ running game will look different in the wake of Le’Veon Bell’s release Tuesday.

While Bell only played in two games this season, his dual-threat presence gave Gase some versatility in the backfield during the games in which he did play. Now rookie La’Mical Perine will see an increased role, with 37-year-old Frank Gore perhaps taking fewer handoffs moving forward.

Perine was a fourth-round pick out of Florida who has 56 yards on 15 carries this season. Gore leads the Jets with 204 yards on 64 attempts.

“Perine’s definitely going to get bigger role,” Gase said. “Frank, you’re not going to lean on him, because of where he’s at in his career. Getting Perine involved is going to be critical.”

The Dolphins are on pace to give up 26 sacks, after allowing 58 in 2019 to tie for last in the league. The improvement has come while Miami has started three draft picks in the offensive line, a first for the franchise. None has allowed a sack.

First-round draft pick Austin Jackson will miss his second consecutive game Sunday because of an ankle injury. The two rookies on the right side — guard Solomon Kindley and tackle Robert Hunt — are expected to start. 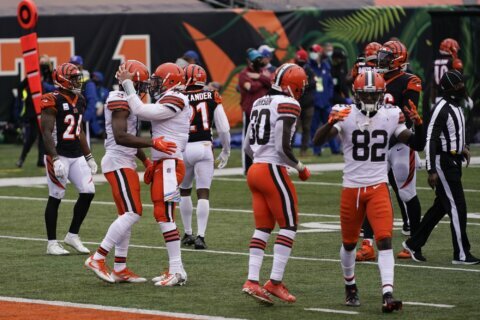 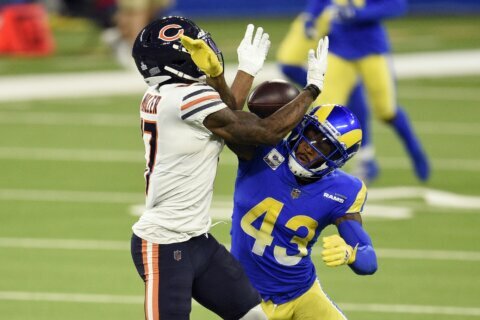 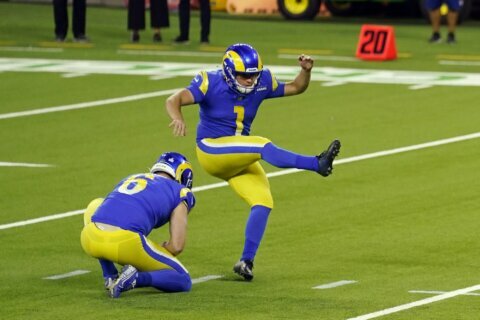