Hall of Fame safety and Pittsburgh Steelers legend Donnie Shell has joined the nonprofit organizatio n Dedication To Community as an executive advisor.

Shell said the opportunity to help build relationships between the community and law enforcement attracted him to D2C.

“I think some people think that all police officers are bad. I don’t believe that,” Shell said. “We got some good ones there. Most of them are good people, but it’s about relationships. First of all, you start with respect. If you respect someone, you want to have a relationship with them. And then you go from relationship building to reconciliation because some things in their culture have been misunderstood.”

“Pairing him with Lamonte and others who have built a reputation for excellence well beyond a field or a court is a dream come true for us as a service provider,” Williams said. “That combination is already paying dividends with action and engagement, which is needed much more than talk, not just now but well into the future.”

The emergence of rookie Justin Jefferson has given Minnesota’s offense a big boost. Nobody has been more appreciative than fellow wide receiver Adam Thielen.

Against Houston last week, Jefferson, Thielen and running back Dalvin Cook gave the Vikings a pair of 100-yard receivers and a 100-yard rusher in the same game for only the fourth time in franchise history. The only other such trio to do so: Cris Carter, Randy Moss and Robert Smith, three times and most recently on Nov. 19, 2000.

The 30-year-old Thielen has not only found more favorable coverage with defenses beginning to pay more attention to Jefferson, he has also made a point of picking up tips from the 21-year-old rookie and apply them to his own game, despite the difference in experience.

“Just the way that he runs routes, his shiftiness and what he does at the top of his routes has been fun to watch,” Thielen said.

Thielen took his admiration a step further after scoring a touchdown against the Texans by copying Jefferson’s signature dance — “The Griddy” — on the sideline. The maneuver dates to his days in Louisiana and looks a bit like a game of hopscotch, for lack of a better way to describe it.

Said Jefferson of Thielen’s ode: “I was dying laughing.”

The coronavirus pandemic has affected all levels of sports, including officiating.

Mike Pereira, the former head of NFL officiating and now a football analyst for Fox, founded Battlefields to Ballfields four years ago with a simple idea: providing an opportunity for military veterans to get involved in officiating. The organization has grown to more than 400 veterans working games in 27 states in football, men’s and women’s basketball, baseball, softball, volleyball, track and field, men’s and women’s soccer, and ice hockey.

The foundation pays for uniforms and dues that are required by the local sports associations across the country, as well as for equipment, training materials, and insurance. It also provides mentors to “train and follow them as they move up the ladder in officiating.”

But 2020 has been difficult for Battlefields to Ballfields.

“It’s been slow here in California because obviously there is no high school football and youth football, and that is basically the bulk of our scholarship applications,” says Pereira, who lives in the Sacramento area. “But in Florida and Texas and some other states they are playing and have had a steady stream of applications, and we have awarded scholarships to those who applied and cleared the hurdles — providing their status as a service member and veteran status is confirmed.

“You don’t have the sense of urgency to sign up because we do not have the association meetings going on in various states. That is where you generate most of the interest, so without the meetings you are basically dealing with just a thought process — maybe I will want to be an official. But first you have to join the local association, and if they are not meeting, then there is nowhere to go.”

Once a veteran pursues officiating through Pereira’s organization, he has discovered that they remain devoted to it — hardly surprising given their backgrounds.

“We have a little over 400 veterans who have participated,” he explains. “A lot of them do stick with it. And when you look at the retention rate in all of officiating, amateur officiating, the rate is as low as 25 percent. Our rate is higher.

“It is all about sportsmanship and to go into something so hard to do and take so much abuse doing it — a lot of people have a hard time of that. They get the most antagonistic group of fans yelling at the officials, usually parents, and they don’t feel it is worth it.

“But ours is almost the flip (rate). I just think they are tougher people and have taken abuse and handled pressure probably worse than this. Much worse. There’s more of a tendency to stay with it and a stronger value to be a part of a team, in this case a team of officials.

“In terms of our vets, they were members of a team and loved being part of a team. It’s important to them. ”

Mentoring youth even more important in 2020 for Thompson 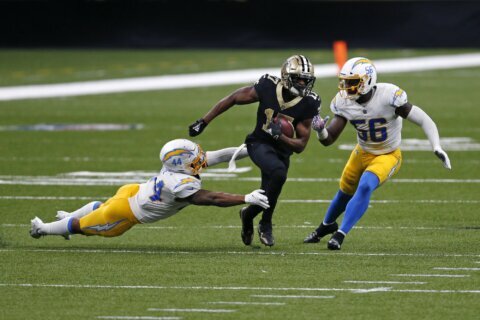 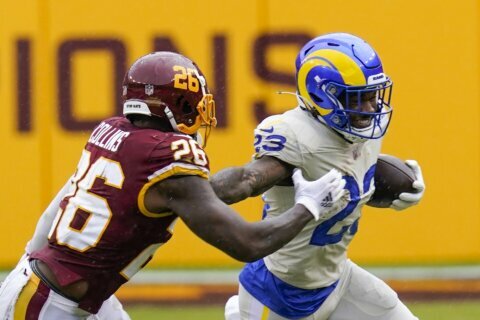