Chiefs aim to continue mastery of Raiders at Arrowhead

STREAKS, STATS AND NOTES — The Raiders have lost their last seven games at Kansas City and five straight in the series. … Las Vegas QB Derek Carr has a career rating of 63.2 at Arrowhead Stadium and lost all six starts there. … Carr set the franchise record with his 151st career TD pass last week, breaking the mark held by Hall of Famer Ken Stabler. … Raiders DE Maxx Crosby has three sacks the past two weeks. … Las Vegas’ Jason Witten joined Tony Gonzalez as the only TEs to reach 13,000 yards receiving. … K Daniel Carlson has made three FGs from at least 50 yards. The last Raiders kicker with more in a season was Sebastian Janikowski with four in 2015. … Las Vegas has converted 52.9% of third downs, tied for the second-best mark in the league. … The Raiders have lost five fumbles the past two weeks, including three by Carr. His 27 lost fumbles are the most in the league since his rookie season in 2014. … Las Vegas has scored a TD in the final two minutes of the first half in every game this season. … Raiders RB Josh Jacobs has been tackled for a loss on a league-worst 12 carries out of 83 attempts (14.5%). He was tackled for a loss on just 16 of 242 carries (6.6%) last season. … The Chiefs have won a franchise-record 13 consecutive games. Their 10-game regular-season win streak dating to Week 10 of last season is the second best in club history. … The Chiefs have won 28 of their last 30 games against the AFC West. They are 50-14 against all AFC opponents dating to 2015. … Kansas City is the only NFL team to allow 20 points or less in every game. … The Chiefs are trying to start 5-0 for the third time in four seasons. They are the first with four straight 4-0 starts. … Chiefs QB Patrick Mahomes needs 13 TD passes in the next eight games to become the fastest to 100. Dan Marino did it in 44 games. … Mahomes has thrown a TD pass in 14 straight games, the longest current streak in the NFL and second longest in Chiefs history. … Chiefs TE Travis Kelce needs two catches to pass Dwayne Bowe (532) for the second most in club history. … WR Tyreek Hill has TD catches in each of the first four games. The only Chiefs player to do so in five straight games was WR Chris Burford in 1962. … Chiefs K Harrison Butker needs six points to pass Gonzalez (462) for the fifth-most points scored in franchise history. Rookie P Tommy Townsend set the Chiefs’ single-game record by averaging 60.8 yards on four punts Monday night against New England. … Fantasy tip: Carr and Mahomes may have limited opportunities by a shortened game as both teams lean on their clock-draining run games against porous rush defenses. On the flip side, that could mean big games for the Raiders’ Jacobs and the Chiefs’ Clyde Edwards-Helaire. 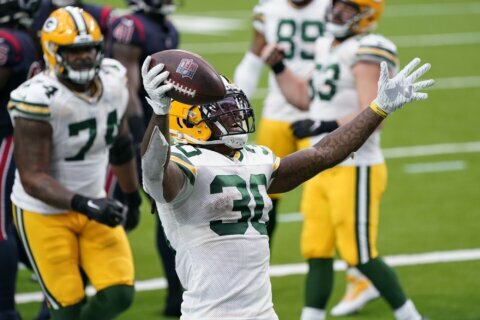 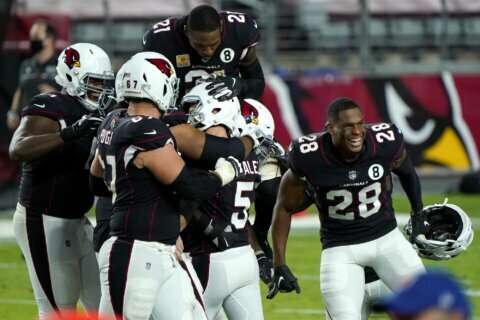