Brady, Buccaneers look to keep rolling when they meet Bears

CHICAGO (AP) — The Tampa Bay Buccaneers signed Tom Brady in the offseason hoping the six-time Super Bowl champion quarterback could help them end a 12-year playoff drought and capture the biggest prize of all.

They’re off to a good start.

The Buccaneers come into their matchup against the Chicago Bears on Thursday night eyeing their fourth straight win and looking down at the rest of the NFC South.

“To join a team and to be embraced the way that I’ve been embraced — it’s been amazing for me,” Brady said. “(I) just enjoy every minute of it (and) I take that responsibility being a quarterback, being a leader (and) being a captain — I take those not lightly. I want to show up and be the best for my teammates every day. I know they count on me to be dependable (and) consistent. They depend on me to be a great player for the team and I want to deliver for them. It’s really been a privilege for me to be here.”

The 43-year-old Brady is delivering after his production dipped in his 20th and final season in New England. Signed to a two-year, fully guaranteed $50 million contract, he’s tied with Patrick Mahomes for fourth in the league with 11 TD passes behind Russell Wilson (16), Aaron Rodgers (13) and Josh Allen (12).

Brady threw for 369 yards and five touchdowns and helped Tampa Bay overcome a 17-point deficit to beat the Los Angeles Chargers 38-31 last week. In doing that, he became the NFL’s all-time regular-season victories leader (222), regardless of position.

Now, Brady is about to face a team that’s never beaten him. He is 5-0 with 1,595 yards, 14 touchdowns and four interceptions against Chicago.

The Bears (3-1), meanwhile, hope to bounce back from a 19-11 loss to Indianapolis. Nick Foles will try to get the offense going after struggling last week in his first start after replacing Mitchell Trubisky as Chicago’s No. 1 quarterback.

Foles and Brady will go against each other for the first time since Super Bowl 52.

Foles was the MVP of that game, throwing for 373 yards and three touchdowns to lead the Philadelphia Eagles to a 41-33 victory over the New England Patriots in Minneapolis and their first Super Bowl title.

“I just remember when I was holding my daughter, Lilly, and I was looking out at my teammates and coaches and they’re embracing their families and loved ones,” said Foles, who took over for the injured Carson Wentz late that season. “I just remember thinking that’s what it’s about. It’s not about the game. It’s about the people you do it with and the hard journey you go on, the ups and downs.”

Bucs coach Bruce Arians and Bears defensive coordinator Chuck Pagano are longtime friends, having worked together in Cleveland and Indianapolis. When Pagano took over as head coach of the Colts in 2012, he hired Arians as his offensive coordinator. Indianapolis won 11 games that season, with Arians going 9-3 as interim coach while Pagano was battling leukemia. Arians was hired to coach the Arizona Cardinals.

“We’re close. He’s like my brother from the West Coast,” Arians said. “I never like going against friends. It takes a lot of the joy from winning out. But, (I) definitely still want to win.”

The Bucs would just as soon forget the previous time they visited Soldier Field, when Trubisky threw for six TDs to lead Chicago to a 48-10 victory in September 2018.

Linebacker Lavonte David noted there aren’t many players remaining from the defense that took the field for the Bucs that day.

“It’s changed a lot,” David said. “I know we still kind of have that taste in our mouth. That was one of those games where you just want to forget about (it) but you can’t forget. That was in the past. We’ve moved on and I’m sure we’ll be a lot better defensively.”

The Bears committed eight penalties for 103 yards against the Colts, with special teams getting flagged four times. On top of that, they had a punt blocked on the game’s opening possession. And that helped set up a touchdown for Indianapolis.

“Self-inflicted negative,” special teams coordinator Chris Tabor said. “Things you talk about in the room that you can’t do stuff to yourself and expect to play well. And we had some mental errors there that can’t happen.”

The Bears ran for just 28 yards last week, after the ground game carried them in the first three games. Getting it back in gear won’t be easy this week, considering Tampa Bay ranks second against the run.

“That happened to be a game there, where we were just struggling to get it going,” coach Matt Nagy said. “I have a lot of confidence in our guys. I know our guys, that offensive line, tight ends and running backs are excited to get back out there.” 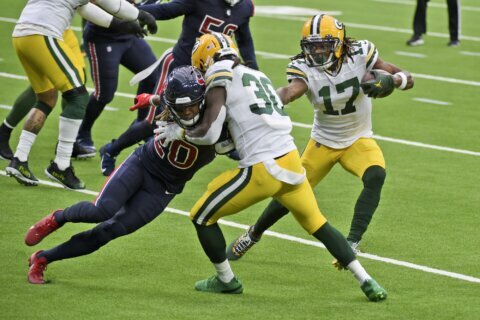 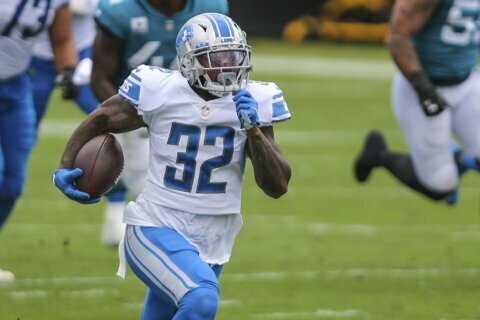 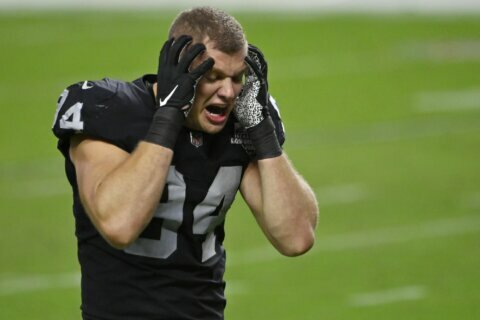