Should NFL set moratorium on hirings until after Super Bowl?

In an effort to increase opportunities for minority candidates for NFL jobs covered by the Rooney Rule, it has been…
Listen now to WTOP News WTOP.com | Alexa | Google Home | WTOP App | 103.5 FM

In an effort to increase opportunities for minority candidates for NFL jobs covered by the Rooney Rule, it has been suggested to push back hirings until after the Super Bowl each year.

While preliminary discussions to place a moratorium when the regular season ends on such hirings until the champion is decided have been held, no plans to do so currently are in the works.

Still, it’s an intriguing thought that could enhance opportunities for people of color who have been passed over for executive and coaching positions because of a rush to judgment that occurs in January.

“The whole point of it was to slow down the process, take your time, get the best candidate and make a decision,” Tony Dungy says of the Rooney Rule that was approved in late 2002. “There is so much pressure now on all of them to do it quickly, get the No. 1 candidate, put together a staff. Nobody wants to take their time. That is the major problem. So you get people interviewed who may not fit what the team may be looking for.”

Dungy, one of only two African American coaches in the Pro Football Hall of Fame — Fritz Pollard is the other — was in the midst of his Super Bowl-winning career when the Rooney Rule was adopted. Yet he easily could recognize issues in the process that still seem to exist.

“Me with the Packers,” Dungy says of a long-ago head-coaching interview in Green Bay. “I asked at the end, `What you looking for, who fits the bill?’ And the answer was `We are ideally looking for an offensive coach with head-coaching experience.’ ”

Dungy’s calling card was defense in the NFL.

The coaching carousel chaos of January has led to many errors by owners who, because of the competitiveness of the process — which those owners and teams have created — don’t do the homework. They reason they don’t have enough time for it.

“The system needs to be extended in terms of time, and the information needs to be expanded,” says Rod Graves, the Fritz Pollard Alliance’s executive director. The FPA’s mission is championing diversity in the NFL through education and providing its membership with resources to help them succeed at every level of the game.

“I think we need to step back, and that is the creative part we are going through right now with the NFL: Where the opportunities can be enhanced, to widen that window and to make it more competitive in certain situations.

“I think the focus with familiarizing ourselves with candidates, that whole process has to be extended. We have to do a much better job of putting the focus on the men and women of color who are out there and are certainly capable of doing these jobs. It is an issue of process, and because of the dynamics that exist in the NFL, what typically has happened is people resort to who they know and feel most comfortable with. The research behind the decisions, I don’t know if there is as much time put into that as it deserves — particularly when looking at the cost of making poor decisions, the dead money with coaches still being paid (who have been fired).

“For the people identified who are more attractive, the full research has been done. Teams will discover: `We will find new people and have more information on those people.’ ”

Attorney Cyrus Mehri, a founding partner of Mehri & Skalet and one of the developers of the Rooney Rule, invokes the name of the late Pittsburgh Steelers owner as he looks at the current hiring landscape.

“Early on, Dan Rooney said to me, `I don’t understand other owners, they are rushing to hire a head coach and this is the most important decision they can make. It pays dividends to be thorough,’ ” says Mehri, also a co-founder of the FPA. “Lo and behold, that is a franchise with three coaches in 50 years — two in the Hall of Fame and possibly a third, Mike Tomlin, headed there someday.

“The professionalism of being thorough is critical. When a CEO of a Fortune 500 company is being hired, they are thorough in every aspect of that hiring.”

Considering how thorough football coaches tend to be when they game plan and scout, maybe the guys doing the hiring and interviewing need to follow suit. Adding a few weeks to the calendar for in-depth looks at candidates — minorities or not — could be beneficial.

“Obviously, there are pros and cons to it,” says Graves, who spent 14 years as a team executive and built the Arizona Cardinals team that went to the franchise’s only Super Bowl. “At the end of the day, it is really about improving our process. The current process has been in place for 100 years or so and we need to do more to get in line with the acquiring of research and information.” 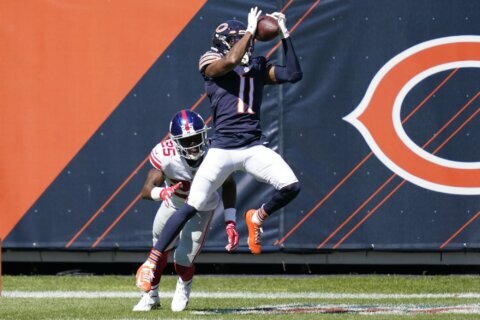