FOXBOROUGH, Mass. (AP) — The Miami Dolphins couldn’t like what they saw from their defense on Sunday. It was far…
Listen now to WTOP News WTOP.com | Alexa | Google Home | WTOP App | 103.5 FM

FOXBOROUGH, Mass. (AP) — The Miami Dolphins couldn’t like what they saw from their defense on Sunday. It was far too familiar.

From a 21-11 loss to the Patriots that revealed some of Miami’s same shortcomings from last season — poor tackling to getting off the field on third down, to costly penalties — it’s clear there’s still much work to do.

Miami allowed a franchise record 494 points last year, had the fewest sacks in the NFL and gave up a league-high 39 touchdown passes.

While the Patriots scored only 21 points on Sunday, they ran up 217 yards on the ground against a Dolphins defense that had no answers for Cam Newton in short yardage situations.

Newton finished with 75 yards on 15 carries, often eluding the arm tackles of Miami’s defense. He was only sacked twice by a defense that added former Patriots standouts Kyle Van Noy and Elandon Roberts.

“It was based on a lot of things,” coach Brian Flores said. “Bad technique, bad tackling. We have to clean up a lot in the run game. That will be a focus this week.”

One of the most glaring examples came after Miami closed cut the gap to 14-11 early in the fourth quarter. New England drove to Miami’s 10 and was facing third-and-6. Newton was held to a 5-yard gain. The Patriots went for it and Newton got all the way to the 1, giving them a new set of downs. Sony Michel scored on the next play to effectively seal the game.

“We just got to be better,” defensive end Christian Wilkins said. “It’s a long season. We will get better. I’m very confident in that. We’ve got the right guys and we’ve got all we need on the defensive side. Just got to move on from this. I don’t need to watch tape to really see what happened and what exactly we need to improve on. We just have to get better and move on.”

For the game, the Patriots were 5 of 10 on third downs.

Penalties were also costly for Miami.

Jerome Baker led the Dolphins with a career-high 16 tackles, a sack and key forced fumble to prevent a touchdown. But he also had a pair of penalties in the Patriots’ final touchdown drive.

One was a late hit on Julian Edelman after a 23-yard run that put New England inside Miami’s 40. He also had an unsportsmanlike conduct penalty on the play preceding Michel’s touchdown plunge.

“Penalties are unacceptable, especially on my end,” Baker said.

This came from a team that was hoping to improve its discipline after adding Van Noy and Roberts, who are both captains, along with Bobby McCain.

Staying close with New England, a team it beat in Foxborough in last season’s regular-season finale, is not enough McClain said.

“We’ll definitely go back to the drawing board, get the scouting report; we’ve got the Bills — flush this game and we’ve got to go 1-0 next week.” 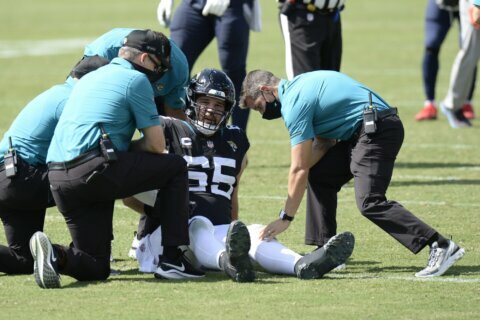 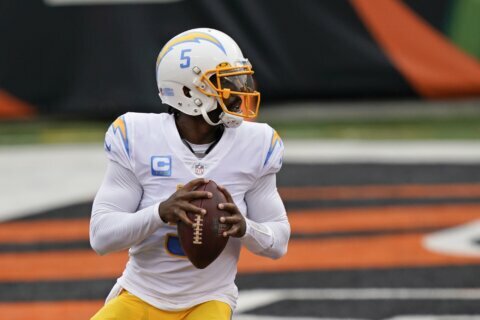 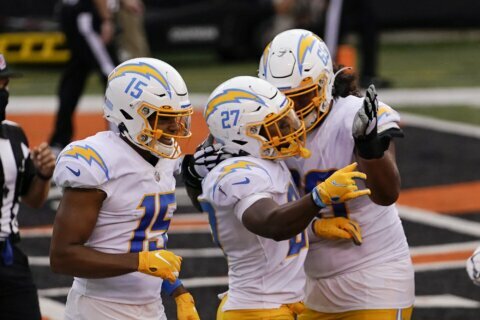