There will be no easing into the NFL for Las Vegas Raiders rookie receivers Henry Ruggs III and Bryan Edwards.

The two wideouts are slated to begin the season as starters when the Raiders visit Carolina on Sunday with expectations that they can spark what has been a dormant offense in recent years.

“We know that’s a big role as starters as first-year players, but at the end of the day it’s football,” Ruggs said. “We came here to play football. We both played in the SEC. I feel like we know what football is, and just come in and compete and play the game that we know how to play. It’ll speak for itself, our hard work.”

Ruggs was drafted 12th overall out of Alabama as the speedster who harkens back to the old days for the Raiders when receivers like Cliff Branch, Art Powell and James Jett were stretching defenses.

Edwards was picked two rounds later out of South Carolina as a physical, possession player who was expected to ease into the role before Tyrell Williams went down with a season-ending shoulder injury in training camp.

The Raiders will need that if they want to end a three-year run of failing to score 20 points per game. Derek Carr has struggled to get the ball deep the past two years, with the lowest average depth of throw in the NFL during that span.

But that could change with the addition of the two new wideouts if they can acclimate quickly.

It’s unusual to put that much on rookie receivers. If Ruggs and Edwards get the start on Sunday, they will be just the sixth rookie duo to do that in a season opener since 2000.

The Raiders have started two rookie receivers in their opener only once since the merger, with Darrius Heyward-Bey and Louis Murphy getting the nod in 2009. Branch (1972), Jessie Hester (1985), Rod Streater (2012) and Amari Cooper (2015) are the only other Raiders rookie receivers to start Week 1.

“We feel very good about both of those players,” offensive coordinator Greg Olson said. “The game hasn’t been too big for them. It’s a credit to the college coaches and the college programs they came from. They played in front of big crowds. They’re not going to keep playing in front of a big crowd this season. Their coaches prepared them very well in college for the next level. We are fortunate that way. They’ve been very well-coached as high school and college players. We haven’t had to hold back at all with those two.”

Getting up to speed in coach Jon Gruden’s offense isn’t easy. Veteran tight end Jason Witten joked early in camp that he had learned the first thousand pages in Gruden’s extensive playbook and only had 9,000 to go.

Only a handful of rookie receivers have gotten extensive playing time under Gruden in his 13 years as a head coach. Michael Clayton had 80 catches in 2004 for Tampa Bay, and Hunter Renfrow had 49 last season for the Raiders. No other rookie wideout has caught more than 15 passes for Gruden.

“The learning curve was steep, to be honest with you,” Edwards said. “But the Zoom calls and all the things we did in the offseason, that helped tremendously. Then having great veterans like DC, Nelson (Agholor), Zay Jones, all those guys, they helped me get over that hump and I feel pretty comfortable in the offense right now.” 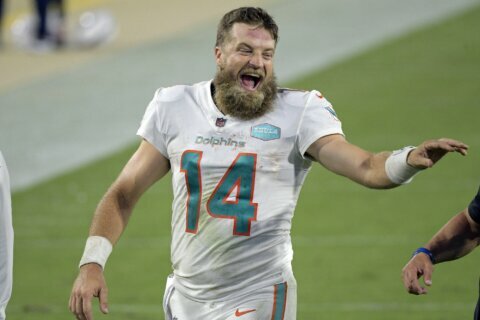 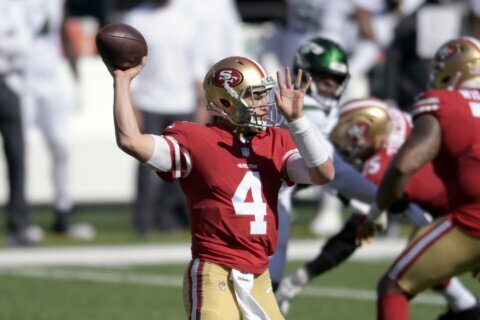 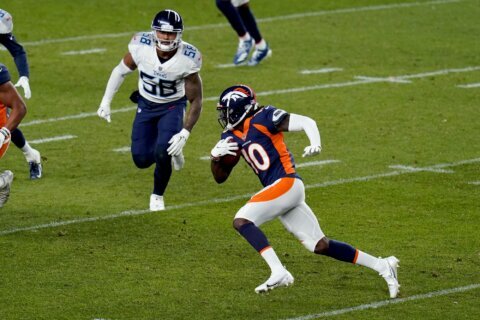