ATLANTA (AP) — When Younghoe Koo heads out to practice for the Atlanta Falcons, he’s the only kicker on the…
Listen now to WTOP News WTOP.com | Alexa | Google Home | WTOP App | 103.5 FM

ATLANTA (AP) — When Younghoe Koo heads out to practice for the Atlanta Falcons, he’s the only kicker on the field.

That doesn’t mean he feels secure.

The 26-year-old South Korean knows that he’s competing for a spot on the team every day.

“I’ve learned that it’s never OK to get comfortable in this league,” Koo said after practice this week. “I know that I don’t have competition in person, but I understand that I’m always getting evaluated. You are competing against people who are not necessarily here. You’re always competing against somebody.”

But, in a sign of the faith that the Falcons have in their kicker, the coaching staff decided not to bring in any direct competition for Koo leading up to the Sept. 13 opener against Seattle.

“It does give you a little confidence boost,” he said. “But one of the lessons I learned through my rookie year was never get comfortable. You’ve got to produce every day. That’s the mentality I’ve been trying to carry over.”

Back home in New Jersey during the offseason — he moved to the state in sixth grade to live with his mother — Koo attempted to keep up his kicking regimen on local fields. But with much of the world under lockdown because of the coronavirus pandemic, he kept getting chased away by police officers.

Finally, he said with a chuckle, “I ended up finding a field, a patch of grass and kicking at a tree or something, getting creative to get the work in.”

Koo’s career got off to a rough start. After earning the kicking job for the Los Angeles Chargers in 2017, he had a potential game-tying kick against Denver blocked in the closing seconds of the season opener. In Week 2, he missed a game-winning 44-yard attempt against Miami.

Koo was waived by the Chargers after four games, having made only 1-of-4 attempts from at least 40 yards.

For years, the Falcons never had to worry about the kicking position. Matt Bryant held the spot for the better part of a decade, earning the nickname “Money” for his uncanny accuracy.

That all changed a year ago. The Falcons decided it was time to move on from Bryant, handing the job to a younger (and cheaper) player, Giorgio Tavecchio.

But Tavecchio performed miserably during the preseason, prompting the Falcons to bring in Blair Walsh for a late look. Finally, just days before the opener, the Falcons admitted their mistake and re-signed Bryant. Unfortunately, the 44-year-old kicker never regained the form he had shown throughout his Atlanta career, leading the team to make another change midway through a 7-9 season.

Koo did a solid job for the Falcons, hitting on 23 of 26 field goal attempts and 15 of 16 extra points, while showing an ability to convert onside kicks — perhaps stemming from the trick kicks he showed off in YouTube videos.

If there was one question mark, it was the strength of his leg. Koo’s longest attempt was 50 yards — and it barely made it through.

But the Falcons are confident that Koo can expand his range while maintaining his accuracy.

“Koo has really dialed into the things that he wanted to improve on,” coach Dan Quinn said. “He’s having a hell of a camp kicking.”

Koo had started 2019 kicking for another Atlanta team, the Legends of the fledgling Alliance of American Football. He made all 14 of his field goal attempts, but the spring league didn’t even make it through its inaugural season, leaving Koo in search of another job.

He tried out for the Chicago Bears and briefly landed a spot on the the New England Patriots practice squad, but nothing panned out.

Finally, he got a call from the Falcons.

Koo is hopeful that this is where he’ll be for many seasons to come, though he’ll never get too comfortable in his position.

“My first year with the Chargers definitely taught me lot,” he said. “That’s definitely the greatest learning experience I’ve had as a kicker and a person. I knew what I had to work on. When my opportunity came, I knew I would be ready. It wasn’t something that happened overnight. But I put the work in and stayed disciplined. When the chance came, I was ready to go.” 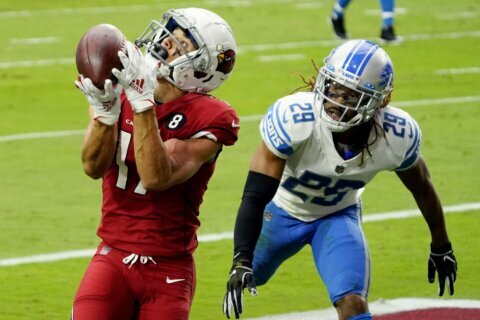 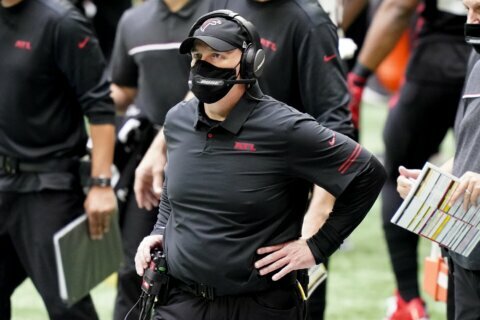 Where do Atlanta Falcons go after another epic meltdown? 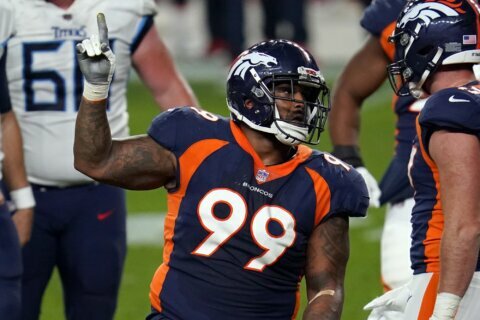 Battered Broncos piling up injuries with all those losses