NEW YORK (AP) — The New York Jets have signed quarterback Mike White from the practice squad to serve as Sam Darnold’s backup in the season opener at Buffalo on Sunday.

All three players were among the Jets’ final roster cuts last week and then re-signed to the practice squad. As part of the NFL’s new collective bargaining agreement, game-day rosters were increased from 53 to 55 players. Teams can return their two players who were elevated from the practice squad – in this case Malone and Adams – the day after a game twice during a season without exposing them to waivers.

White will be Darnold’s backup because Joe Flacco was ruled out for the game as he continues to recover from neck surgery. Flacco is on the active roster and expected to be ready to play, if necessary, in a few weeks. The Jets chose White over David Fales after the two had a close competition with the backups in training camp. Fales remains on the practice squad.

Fourth-round pick James Morgan is also on the active roster.

Malone will provide depth at wide receiver for the Jets, who are thin at the position. Rookie Denzel Mims was ruled out for the game against the Bills with a hamstring injury. New York had only Jamison Crowder, Breshad Perriman, Chris Hogan and Braxton Berrios as healthy receivers.

Malone appeared in two games last season with the Jets after catching seven passes for 75 yards and a touchdown in two seasons with Cincinnati.

Adams joins Le’Veon Bell and Frank Gore in New York’s backfield with rookie La’Mical Perine out against the Bills with an ankle injury. Adams spent most of last season on the Jets’ practice squad. 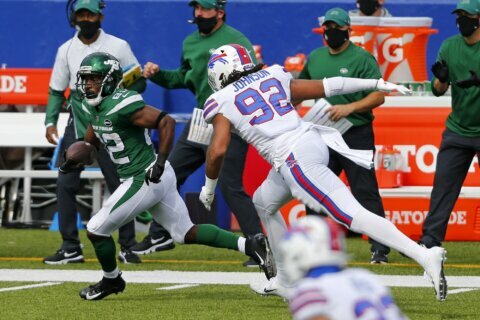 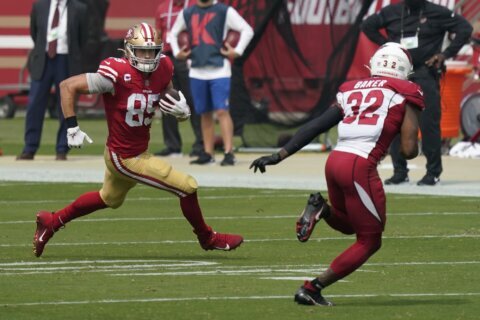