Chargers’ safety James out for season after knee surgery

COSTA MESA, Calif. (AP) — Los Angeles Chargers coach Anthony Lynn knew he would need plenty of contingency plans this season due to the coronavirus pandemic and no preseason games. Now he must go to one contingency he was hoping to avoid — replacing one of his top defensive players.

Safety Derwin James will miss the season after having surgery to repair a meniscus tear in his right knee, the team announced on Wednesday.

James had surgery on Tuesday after he sustained the injury during a scrimmage on Sunday. It is the second time in five seasons that James has had a season end due to a knee injury. He tore the meniscus in his left knee as a sophomore at Florida State in 2016 during the team’s second game and missed the rest of the year.

“Losing a guy like DJ, you never saw that coming, We’re going to be OK but we want to make sure his head space is OK,” Lynn said. “He’s frustrated, but I know he will bounce back.”

After being an All-Pro selection as a rookie in 2018, James played in only five games last season due to a foot injury.

Lynn and defensive coordinator Gus Bradley will assess many combinations leading up to the Sept. 13 opener at Cincinnati. Rayshawn Jenkins, Desmond King and rookie Alohi Gilman are possibilities to take over for James at strong safety.

Lynn dismissed of looking for outside help on Monday, but changed course Wednesday by saying they would look at all options. The Chargers have the sixth position on the waiver wire and could kick the tires on Earl Thomas, who played for Bradley for two seasons in Seattle.

“Things could be fluid at the beginning of the season where we put guys until we find everyone a home,” Lynn said.

If Jenkins moves to strong safety, that could open up an opportunity for Nasir Adderley at free safety. Adderley was drafted in the second round last season but appeared in only four games before being placed on injured reserve with a hamstring injury. 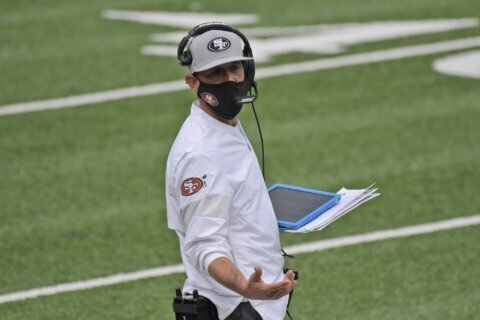 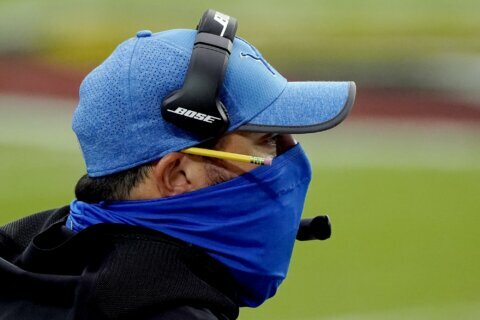 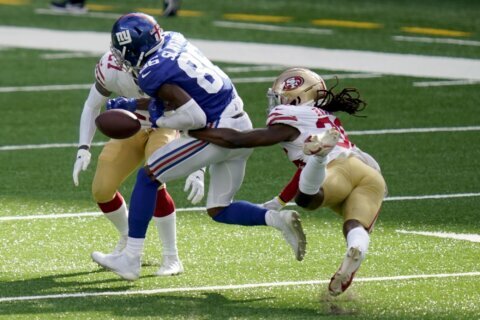 Despite 0-3 start, Giants a game out in woeful NFC East