Burrow runs for TD but Chargers rally 16-13 over Bengals

CINCINNATI (AP) — Joe Burrow ran 23 yards for a touchdown in his NFL debut and put the Bengals in range for a dramatic, last-minute win. Instead, he ended up like so many Cincinnati quarterbacks before him, wondering what the heck just happened.

The Heisman Trophy winner and national champion from LSU threw an interception on a shovel pass to thwart one late scoring chance, and he watched as Randy Bullock missed a 31-yard field goal — Bullock’s calf cramped — with 2 seconds left Sunday, clinching the Chargers’ win.

There were no fans at Paul Brown Stadium, which might have been for the best.

“I made too many mistakes to win the game,” Burrow said.

The only rookie quarterback to start the first week of the season got a rough introduction to the NFL. Without a preseason, Burrow was taking his first snaps in a game.

A line anchored by Joey Bosa and Melvin Ingram III pestered him and held him to 23 of 36 passing for 192 yards with three sacks and a costly interception. Burrow overthrew open receivers John Ross and A.J. Green for what would have been touchdowns.

Still, he had a chance for the dramatic win.

He moved the Bengals to the LA 23-yard line in the closing minutes and made a rookie mistake, forcing a shovel pass that Ingram picked off.

With no timeouts, he moved the Bengals into range one last time, but Green was called for pushing off in the end zone and Bullock missed his kick well to the right.

“I was happy as hell when he missed the field goal,” Chargers coach Anthony Lynn said. “It’s hard to win a game in this league.”

Bullock grabbed his left calf, which he said cramped when he planted and affected the kick. Bullock said that’s never happened to him.

“I guess that was surprising for everyone,” Bullock said.

Los Angeles got the better of the matchup between teams that picked in the top 6 of the draft. Both took quarterbacks, but the Chargers decided to let Justin Herbert watch and learn while Tyrod Taylor moved into Philip Rivers’ role.

Taylor finished 16 of 30 for 208 yards. Joshua Kelley ran 5 yards for a touchdown in the fourth quarter.

Cincinnati won two games last season, giving it the first overall pick, and has dropped 22 of its last 25 overall.

The Bengals took a low-risk approach with Burrow, using a lot of short passes. Burrow was under consistent pressure from the Chargers’ line.

His first NFL score came on a designed draw play that surprised the Chargers. The middle of LA’s defense opened, and Burrow ran 23 yards untouched, slamming the ball to the ground in celebration.

The two late drives that ended with an interception and missed field goal provided a spark of what could be.

“Unbelievable,” Green said. “Man, that guy don’t flinch. The way he handled himself on that last drive was unbelievable.

Players stood at the goal lines and linked arms — a few raised fists — while “Lift Every Voice and Sing” was played after pregame warm-ups, and then headed to the locker rooms. They returned and gathered at midfield, linking arms, for the national anthem.

Chargers: Two injuries forced a shuffle on the offensive line. C Mike Pouncey was inactive with a hip injury. LG Dan Feeney moved to center and Forrest Lamp took his spot. RG guard Trai Turner was out with a knee injury, replaced by Ryan Groy. … LB Drue Tranquill hurt his left ankle and was carted off in the first quarter.

Bengals: DT Geno Atkins was out with a shoulder injury that prevented him from practicing last week. … RG Xavier Su’a-Filo hurt his left ankle in the third quarter.

The Chargers open SoFi Stadium against Kansas City, which beat Houston 34-20 on Thursday night in the season opener.

The Bengals play at Cleveland on Thursday night. Cincinnati beat Cleveland 33-23 at Paul Brown Stadium to end last season, one of the Bengals’ two wins. 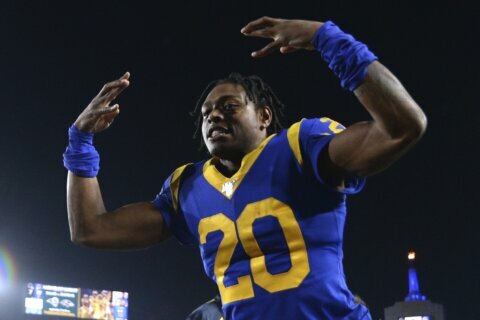 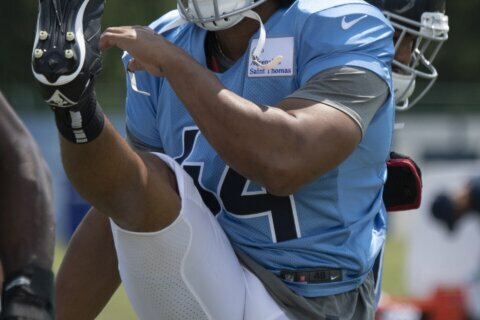 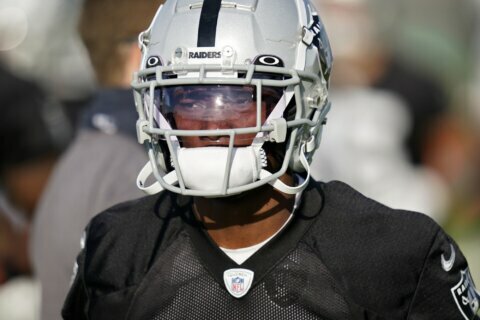