BEREA, Ohio (AP) — The Browns knew exactly where to go to find help at safety. Jacksonville’s holding a late-summer sale.

Hoping to offset the loss of expected rookie starter Grant Delpit for the season due to an injury, Cleveland on Thursday acquired safety Ronnie Harrison in a trade with the Jaguars, who will receive a fifth-round pick in 2021 and continue to purge their roster.

Delpit suffered a season-ending torn right Achilles tendon during training camp, forcing Browns first-year general manager Andrew Berry to shop for a safety before he pulled off the swap for Harrison, who is in his third season from Alabama.

Delpit, a second-round pick from LSU, got hurt while doing individual drills early in practice last month. He had been penciled to start alongside Karl Joseph, who was signed by the Browns as a free agent this winter.

Harrison brings experience and size. The 6-foot-3, 214-pounder made 22 starts for Jacksonville, which selected him in the third round of the 2018 draft. He’s played in 28 games and made 103 tackles along with three interceptions.

Harrison started 14 games last season and finished second on the team in tackles (70). He was a member of two national title teams with the Crimson Tide.

Not long after the trade was finalized, Browns linebacker Mack Wilson posted a photo of he and Harrison when they were teammates at Bama with the caption, “Let’s get it rocking brother … #BamaBoys.”

Harrison played well for the Jaguars, but they felt like fourth-year pro Josh Jones would be a better fit on and off the field and had been planning to make the switch in recent weeks.

Just this week, the Jags have either cut or traded three starters. They sent Ngakoue to the Vikings on Sunday and waived Fournette, who landed with the Browns.

Jacksonville now has 11 drafts picks in 2021, including nine in the first five rounds. 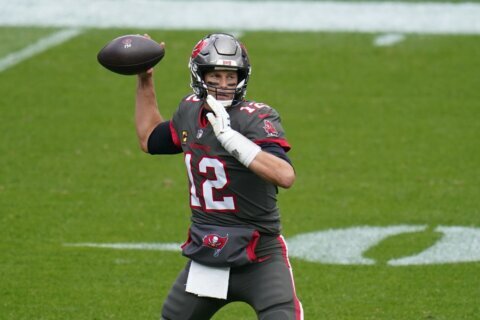 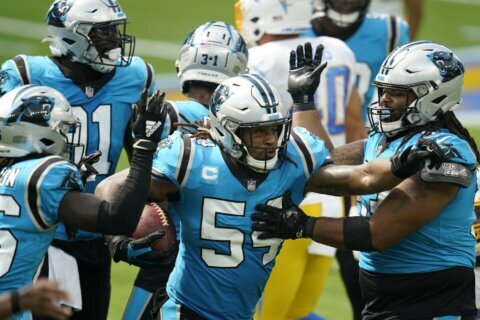 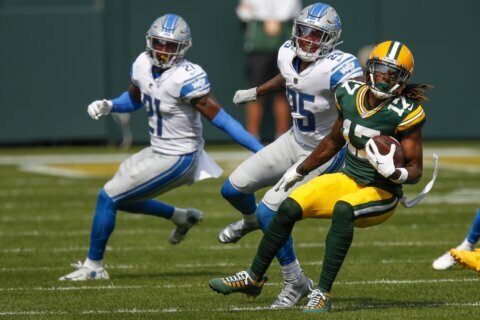