SANTA CLARA, Calif. (AP) — The San Francisco 49ers got one receiver back healthy and lost another for the long term.

The 49ers placed Tavon Austin on injured reserve Thursday with a knee injury. Austin was signed during training camp and was in competition to make the team’s injury depleted receiver group when the roster is cut to 53 on Saturday.

The Niners did get some good news at the position when Richie James Jr. was activated from the non-football injury list. James broke his wrist during offseason workouts and practiced for the first time Thursday.

Coach Kyle Shanahan had said earlier in camp that he expected James to open the season on the non-football injury list, which would have forced him to miss the first eight games.

James originally joined the Niners as a seventh-round pick in 2018 and has been the team’s primary returner for punts and kicks. Over the past two years, James has averaged 23.4 yards per kick return with one touchdown in 2018 against Seattle and 7.5 yards per punt return.

He has also gotten limited time as a receiver, catching 15 passes for 295 yards and two touchdowns.

The Niners are thin at receiver with starter Deebo Samuel still sidelined by a broken foot, first-round rookie Brandon Aiyuk out with a hamstring injury, and Austin, JJ Nelson and Jalen Hurd all going on injured reserve with knee injuries this summer.

Shanahan said he hopes Samuel and Aiyuk can return to practice next week, which could possibly make them ready for the opener Sept. 13 against Arizona.

The only healthy receivers who caught a single pass last season are Kendrick Bourne, Dante Pettis and James.

The other receivers are Trent Taylor, who missed all of 2019 with a foot injury, rookie Jauan Jennings, Kevin White, River Cracraft and Shawn Poindexter.

San Francisco could be without its top two centers to start the season with Weston Richburg slated to start the season on the physically unable to perform list with a knee injury and Ben Garland dealing with a sprained ankle. Daniel Brunskill, who is competing to start at right guard, would play center if Garland can’t go.

The 49ers are also without some key players on defense with defensive end Nick Bosa out with a leg injury that should be healed before the opener, linebacker Fred Warner on the reserve/COVID-19 list and cornerback Jason Verrett sidelined by a hamstring injury. 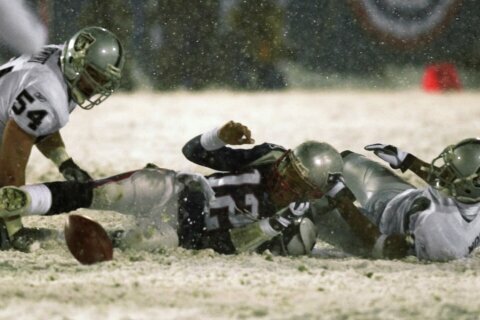 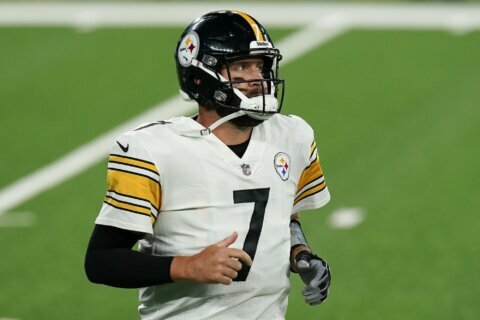 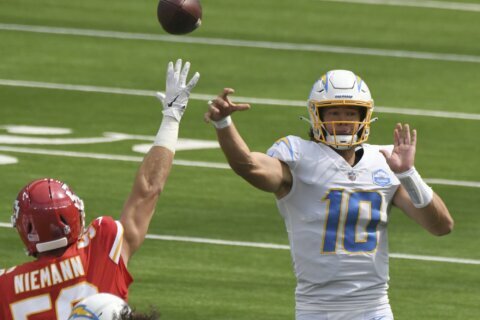 Herbert gets full week of practice as Chargers host Panthers