RENTON, Wash. (AP) — Pete Carroll paused and chuckled for a moment when he thought of the first time Benson Mayowa was in the Seattle Seahawks locker room.

This was seven years ago when Mayowa was an unheralded, undrafted free agent out of Idaho who caught the eye of Seattle’s scouts at a regional combine and was eventually signed.

“He was a raw player coming in, but a good athlete. We really took him for the upside,” Carroll recalled. “(General manager) John (Schneider) just figured out how to wait around for the upside to come on back to us, so we’re lucky we got him back now.”

Once a project for the Seahawks, Mayowa is back with Seattle hoping to be part of a solution to its most glaring need. There’s no debating that Seattle’s pass rush is the biggest question for the Seahawks going into the season. They were near the bottom of the league last year and that was with 2014 No. 1 overall pick Jadeveon Clowney in the mix.

No matter the stars in Seattle’s secondary with the additions of Jamal Adams and Quinton Dunbar, or the stellar linebacker group led by All-Pro Bobby Wagner, they can still be exposed if the pass rush is lacking.

Enter Mayowa. Along with veteran Bruce Irvin — in another Seattle reunion — the Seahawks are hoping the duo can boost last year’s weakness.

Mayowa eventually had to leave Seattle to get his chance at proving himself as a viable NFL starter. He got limited playing time in his first stint with the Raiders after leaving Seattle, but it was the 2016 season in Dallas where Mayowa popped with six sacks in just 13 games. Last season in his second tour with the Raiders, Mayowa had a career-high seven sacks while playing just 29% of the defensive snaps.

Irvin and Mayowa had 15½ sacks last season combined, which is significant considering Seattle had a total of 28.

“I feel like pass rushing it takes the village, no matter who the other guys are,” Mayowa said. “It just takes a village. The guys with the same line on the same track, and working together to get to the quarterback. You don’t always need the big-name guys — it’s always good to have a big-name guy but you don’t’ always need it. You need whoever is active working to get to the quarterback. That’s what you need.”

The importance of Mayowa and Irvin is also being amplified because of lingering leg issues with rookie second-round pick Darrell Taylor. Carroll said earlier this week that Taylor is unlikely to be ready for the start of the season.

The uncertainty of Taylor has only amplified the question of whether Seattle has enough depth. Seattle made an unsuccessful run at veteran Everson Griffen before he signed in Dallas. They’ve been linked to Clay Matthews. And there remains the unknown of Clowney and if there could be a reunion there as the regular season draws closer.

Even if there isn’t another addition, Seattle believes in what it has added with Mayowa and Irvin.

“He’s just a much more accomplished football player, as is Bruce too in the pass rush, and it shows,” Carroll said. “In the first couple of days you can feel the constant of the edge, which is so important for us. It’s what we came back to this camp to find.”

NOTES: Rookie first-round pick Jordyn Brooks returned to practice Tuesday after sitting out the previous day with a minor groin pull. … Carroll said CB Quinton Dunbar will have his workload increased following the team’s day off on Wednesday. Dunbar has been limited to individual drills during his first few days in camp. … Seattle claimed QB Danny Etling off waivers Tuesday after he was released by Atlanta. Etling becomes the fourth QB in camp for the Seahawks. 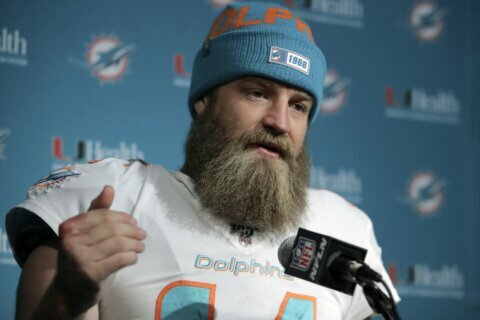 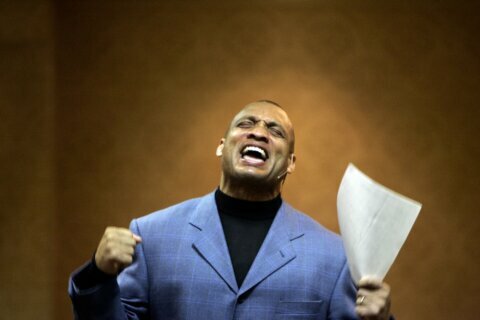 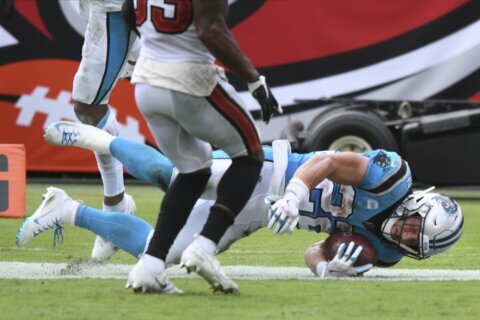