FOXBOROUGH, Mass. (AP) — One key member of the New England Patriots’ offense has returned to practice, yet another remains limited despite the team’s assurances that he would be ready to go.

Wide receiver N’Keal Harry was back on the field for Sunday’s practice in shells and shorts, but second-year quarterback Jarrett Stidham was held back during combined team drills after also being limited Friday.

Harry was subbed in and out throughout the team’s offensive and combined drills after he had missed the last three training camp practices.

The 2019 first-round pick played in only seven games in 2019 after missing the first nine games of his rookie season with an ankle injury. Harry struggled to gain chemistry with quarterback Tom Brady, catching only 12 of 24 passes thrown to him.

“Every year is a new era,” Edelman said about the receiver group’s opportunity to work with new quarterbacks. “We’re trying to find and create a cohesive unit, not just in our room, but as a team, and as an offense.”

Second-year pro Stidham appeared more active in the team’s offense-only drills than he was on Friday.

The 24-year-old jogged lightly during warm-ups and did not appear to be favoring any part of his body. He made more aggressive throws than he did last practice, even throwing deep passes to the end zone on go routes.

On Friday, Stidham made mostly stationary throws at a distance of roughly 15 yards and was held back from longer passing drills.

Patriots offensive coordinator Josh McDaniels had said on Friday that he expected Stidham to be “ready to roll the next time we practice.”

Newton impressed during the team’s combined scrimmage to close out, eliciting cheers from teammates with his touchdown throw on a fade route to tight end Ryan Izzo.

The No. 1 overall pick in 2011 received more first-team snaps than Hoyer after the two split them evenly earlier in camp.

“He’s a smart football player, just like Jarrett and (Hoyer) are,” Edelman said of Newton. “These guys are going in and they are working their tails off.”

Still, the Patriots have not yet selected a successor to Brady, leaving Newton’s teammates to prepare themselves for every possibility.

Edelman wore a customized Boston Bruins jersey with “Edelman” and his number 11 on the back during his post-practice Zoom interview.

The longtime Patriot stood up and spun around for the camera to show his support for the Bruins ahead of their second-round series opener against the Tampa Bay Lightning in the Stanley Cup playoffs on Sunday night.

Edelman also wished the Boston Celtics well before Game 4 of their first-round playoff series with the Philadelphia 76ers.

“I just want to say ‘Go Bs’ and ‘Go Celts,’” Edelman said. “We have a lot of positive vibes in the world from Boston going right now. So let’s go.” 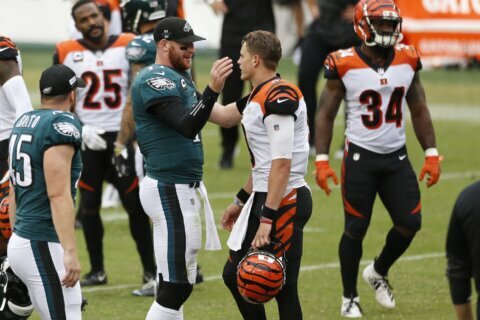 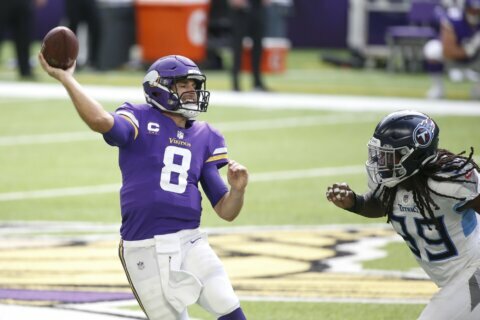