PANDEMIC CHALLENGES: Biggest is having Allen build on-field rapport with Diggs, counted on to become team’s top receiving threat after being acquired in offseason trade with Minnesota. Otherwise, Bills have edge in continuity with offense, defense and coaching staff returning mostly intact.

EXPECTATIONS: Sky high. Though questions still focus on Allen’s consistency, Bills have returning talent and depth at most every position to contend for AFC East title — especially with long-time nemesis Tom Brady no longer in division. Leave it to Bills cynics, lamenting only thing that might stop Buffalo from making deep playoff run is season cut short by COVID-19. 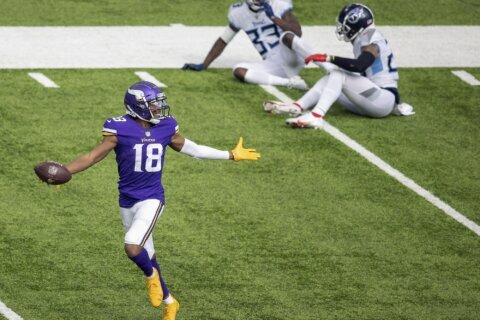