Broncos make several moves to shore up D-line versus Chiefs

ENGLEWOOD, Colo. (AP) — The Denver Broncos signed nose tackle Kyle Peko off the Indianapolis Colts’ practice squad and promoted defensive lineman Deyon Sizer from their own practice squad Saturday because of a rash of injuries along the D-line.

To make room on the roster, the Broncos waived outside linebacker Ahmad Gooden and placed rookie receiver Juwann Winfree (hamstring) on IR.

Peko is a fourth-year pro from Oregon State who has a dozen tackles in 11 career games with the Broncos (2016-17) and Buffalo (2019). He played four games for the Bills this season before being released and signed to the Colts’ practice squad.

Sizer is a rookie from Colorado State-Pueblo who signed with Denver as a college free agent in May and spent the entire season on the Broncos’ practice squad after getting four tackles in three preseason games.

The Broncos (5-8) play at Kansas City (9-4) Sunday and will be without defensive ends Adam Gotsis (knee) and DeMarcus Walker (ankle). Derek Wolfe went on IR a couple of weeks ago with an elbow injury. And rookie Dre’Mont Jones (ankle) is questionable.

Coach Vic Fangio said Friday that rookie defensive end Jonathan Harris will be active against the Chiefs, who have beaten the Broncos eight straight times. 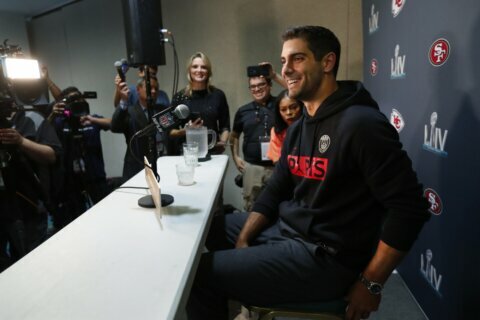