The Los Angeles Rams’ high-flying offense hasn’t recovered from its Super Bowl crash. The Rams (5-4) have not scored a…

The Rams (5-4) have not scored a touchdown in 19 drives and they’re averaging 7.8 fewer points per game than last season. Sean McVay’s innovative ideas that helped turn the Rams into NFC champions in just his second season seem to have run dry.

Todd Gurley is averaging 53.5 yards rushing per game, down from 89.4. He’s averaging 4.1 yards per carry, down from 4.9. He has just 15 receptions after catching 123 passes combined the last two seasons.

Their decline started in February when the New England Patriots held them to a field goal in a 13-3 win in the Super Bowl.

Injuries have hurt Los Angeles. The offensive line is missing three starters from only four games ago. Wide receiver Brandin Cooks remains out with his second concussion. Gurley missed one game and his workload has decreased by five carries per game.

JAMAL’S JAMS: Jets safety Jamal Adams became the sixth player since 2000 to record two sacks, two forced fumbles and a touchdown in a game in a win over the Giants. Safety Orlando Scandrick did it against the Jets in October during his brief stint in Philadelphia.

CATCHING ON: Saints wide receiver Michael Thomas surpassed Odell Beckham (61 games) as the fastest player to reach 400 career receptions, reaching it in his 56th career game. Thomas has 407 receptions through three-plus seasons, most by any player in his first four seasons. He joined Mike Evans, A.J. Green and Randy Moss as the only players with at least 1,000 yards receiving in each of their first four seasons.

DYNAMIC DUO: Texans quarterback Deshaun Watson and Ravens quarterback Lamar Jackson are the first two players with at least 15 TDs passing, five TDs rushing and a passer rating of 100 or higher through their team’s first nine games. Jackson last week joined Ben Roethlisberger as the only quarterbacks to record a perfect passer rating of 158.3 in multiple games in a season.

KYLER’S CONNECTION: When Arizona’s Kyler Murray tossed three TD passes to Christian Kirk last week, it marked the first time since November 11, 1962, (Fran Tarkenton to Charley Ferguson) that two players under the age of 23 connected on three TDs in a game.

KYLER’S COMPANY: Murray has 2,553 yards passing and 351 more rushing, joining Daunte Culpepper and Cam Newton as the only quarterbacks to record at least 2,500 yards passing and 250 rushing in their first 10 career starts.

KYLER’S STREAK: Murray threw 211 consecutive passes without an interception, surpassing Derek Carr (176 attempts in 2014) and Dak Prescott (176 in 2016) for the longest such streak by a rookie quarterback.

RUNNING = WINNING: Eleven of the top 12 rushing teams have a winning record. Only the Jaguars (4-5) are on the losing side, and they’re ninth. 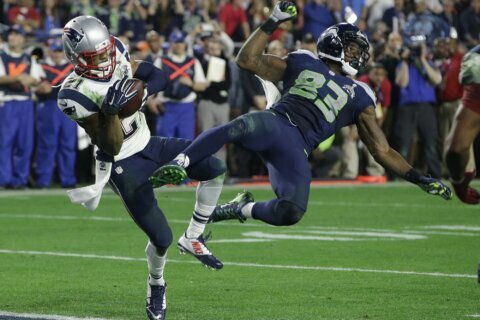 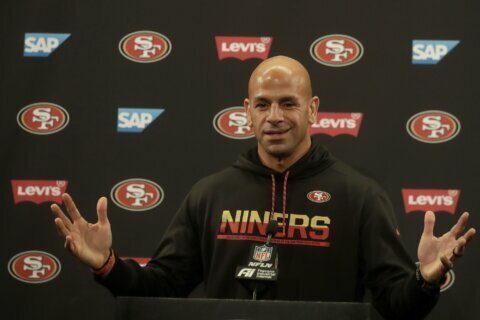 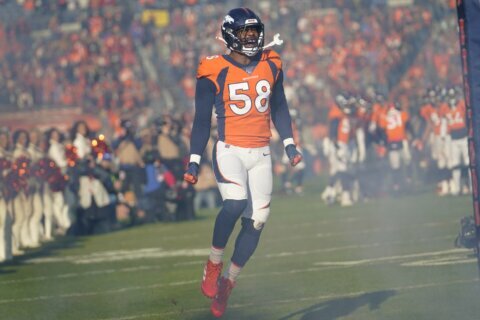