THOUSAND OAKS, Calif. (AP) — The Los Angeles Rams scored nearly 33 points per game last season during one of the most impressive 16-game offensive performances in NFL history with a stout, durable line leading the way.

When the defending NFC champions returned this year, their only significant personnel changes happened on the line, which had been a model of stability and consistency during coach Sean McVay’s first two seasons.

Nothing has been the same this fall for McVay and the Rams (5-4). They are outsiders in the playoff picture after losing four of their last six games, and most observers think a mediocre offensive line has been the biggest reason for the downturn.

And after adding two new starting linemen in the offseason and losing both to injuries in recent weeks, the line is undergoing major changes again this week before a visit from the Chicago Bears (4-5).

“It’s a little bit of a roller coaster with everybody going down and getting banged up,” said Austin Blythe, the Rams’ new starting center. “Juggling positions is part of the league, part of being a professional, and especially on the offensive line. We’ll try to handle it to the best of our ability.”

With center Brian Allen out for the year and right tackle Rob Havenstein down for at least two weeks after getting hurt last week in Pittsburgh, the Rams will block for Todd Gurley and protect Jared Goff with four starters in new or almost-new positions on the line.

Blythe is moving from right guard to center, where he has practiced regularly, but barely played since college. Untested rookie Bobby Evans is likely to start at right tackle after getting three offensive snaps of action in the Rams’ first nine games.

The Rams’ starting guards probably will be rookie David Edwards, who has three games of experience, and Austin Corbett, who made his debut for the team last week.

Edwards played left guard for the Rams in his first two games, but switched to right guard last week in Pittsburgh — only to move to right tackle after Havenstein injured his knee during the game.

He still has more NFL experience than Corbett, who only arrived in a trade with Cleveland a few weeks ago when Joe Noteboom went down with a knee injury. Even after playing in last week’s injury emergency, Corbett has just 78 offensive snaps.

“It’s tough sometimes when you don’t have guys that have game experience,” left tackle Andrew Whitworth said. “There’s a lot of things that you have to go over and teach, and really be thinking back at all the things that come up when a guy gets in for the first time and goes through certain situations. You almost can’t possibly go through all of them. There’s going to be some growing pains there in general.”

The Rams still have an experienced starting offensive line if you divide by five, but that’s only because Whitworth has 7,533 career snaps all by himself. The Rams’ backups are also untested, but they’re working on being ready for Khalil Mack and the Bears’ fearsome defense.

McVay is making significant adjustments to his offensive game plan to minimize the impact of his line’s inexperience.

“That’s always a part of it with your game plan,” McVay said. “(But) it’s going to be especially relevant, just given some of the things that we’re operating with right now.”

From snapping the ball to setting up the line’s protection schemes, Blythe carries a significant amount of responsibility for the Rams’ success with this revamped lineup .He has done this job before, however: He was a finalist for the Rimington Award as the nation’s top center during his senior year at Iowa in 2015, and he practiced as a backup center for Indianapolis in 2016 and the Rams in 2017.

“To me, honestly, it’s like riding a bike,” Blythe said. “I did it a lot in college, and I did it a lot the first two years in the league, so I’m just getting back into it.”

The Rams’ line wasn’t really impressing anybody even before it lost three Week 1 starters to injuries. Gurley is having an unproductive season, while Goff’s time in the pocket has appeared to shrink in recent weeks — but neither skill-position star has complained.

“It’s not always going to be perfect back there,” Goff said. “And if it’s not, I’ll be just fine. It’s part of the job description. When you play quarterback, at times it’s not always going to be like we had the last couple of years. I think we had probably 32 straight games with the starting five, and that’s really unheard of. This is more closer to reality, and we’re just going to prepare for it.”

NOTES: The Rams added their top two tight ends to their injury report Wednesday. Tyler Higbee didn’t practice due to a knee injury, and Gerald Everett was limited with a wrist injury. … Los Angeles signed OT Chandler Brewer and DB Donte Deayon from the practice squad to the active roster after putting Allen and LB Bryce Hager on injured reserve. Brewer is a 6-foot-6 undrafted free agent from Middle Tennessee State. … The Rams refused to say whether they will send a representative to Colin Kaepernick’s public workout on Saturday, but McVay said the Rams “feel good about our quarterback situation right now.” … Los Angeles added C Nate Trewyn to the practice squad. 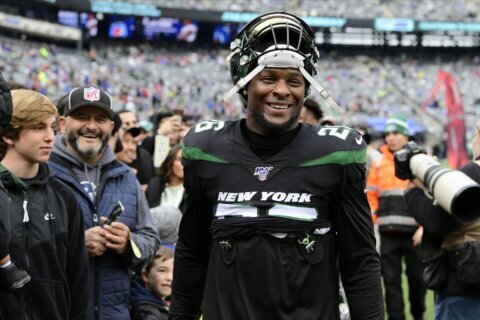 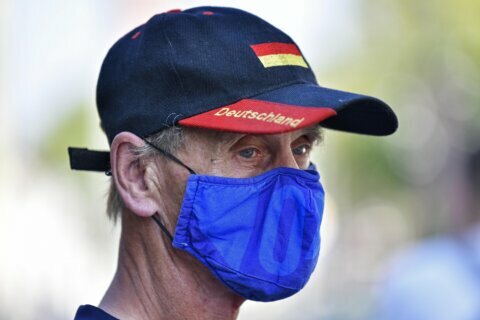 The Latest: Trump speaks with Clemson QB and LSU coach 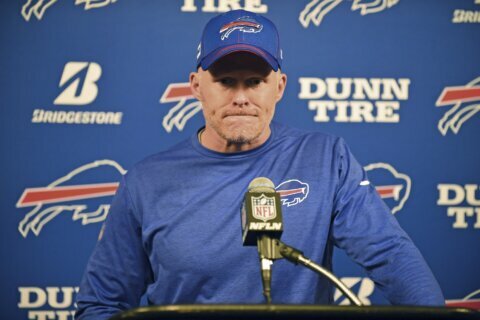