Darnold: Another year with Gase will be ‘absolutely amazing’

FLORHAM PARK, N.J. (AP) — The New York Jets’ owner has Adam Gase’s back. The franchise quarterback does, too.

A day after team CEO and chairman Christopher Johnson announced the coach will remain in place for next season, Sam Darnold gave the news an enthusiastic thumbs-up.

“If everything works out like it’s supposed to and Adam is here again, that would be absolutely amazing,” Darnold said Thursday. “Going into OTAs and knowing the whole offense, and even being able to build off things we’ve already done this year, it will be incredible.”

Gase has taken lots of heat from fans unhappy with the coach’s performance through a 2-7 start that has included several key injuries and tough losses on the field.

But Johnson made it clear Wednesday that Gase is going nowhere any time soon when he spoke briefly to reporters during practice, echoing what he already had told the team last week.

“The season has not gone the way, obviously, we’ve wanted,” Gase said. “We’ve got a lot of games left and our job is to improve this team and go out and try to win games and (Johnson) is with us through every step, our communication with him, so he kind of knows what we’ve been trying to do, how we’re trying to fix things that are wrong.

“So to get his support and for him to see what we’re trying to do, that’s an important step for us.”

Gase was hired in January and one of the attractions to the Jets job, he said, was the opportunity to work with a young quarterback in the early stages of his development as Darnold is.

The two have built a good rapport in the 10 months they’ve been together, even if it hasn’t necessarily translated on the field. Darnold missed three games after the season opener with mononucleosis, had a terrific performance in his return against Dallas but then struggled in the next three games, throwing eight interceptions. He bounced back last Sunday against the Giants, going 19 of 30 for 230 yards and a touchdown in the 34-27 win. It was the first time since Week 1 that Darnold wasn’t picked off.

“Throughout a season, you go through ups and downs, and I think just how we’ve kind of dealt with those ups and those downs, it allows you get to know someone,” Darnold said of his relationship with Gase. “The trust factor after, whatever week it is now, I think 11, has only gone up from the start of the season, or really from OTAs. I’m sure that our confidence level with each other and our trust level with each other will only go up.”

The hope is that Darnold and Gase will continue to build their relationship and on-field production over the final seven games of the regular season, with an eye on taking the next step in the quarterback’s progress next season. Knowing he won’t have to learn a new offense for the third straight year is a relief to Darnold.

“Yeah, it’s definitely important,” Darnold said. “If I can have the same system for the second year in a row, I can only imagine how much better I would understand the offense. So, from that aspect, it would definitely be nice.”

Johnson made a point of saying that a lack of stability in the coaching staff and frequently changing offensive systems can be a “disaster,” especially for a quarterback. So that played a role in Johnson’s decision to keep things as they are for the near future.

“I knew that Christopher was that confident in coach Gase, so it didn’t come as a surprise to me,” Darnold said. “Just for him to do that publicly, that’s awesome that he did it.”

Despite the increasingly negative public opinion of Gase from people outside the facility, the coach never got the feeling that Johnson had lost faith in him. Johnson highlighted that Gase has played a big part in keeping the vibe around the building and in the locker room positive, and not letting outside influences seep in.

“I mean, any conversation I’ve ever had with (Johnson) has always been positive,” Gase said, “about getting guys better, finding ways to win, just keep working.” 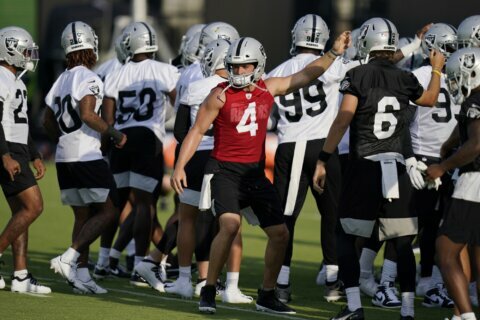 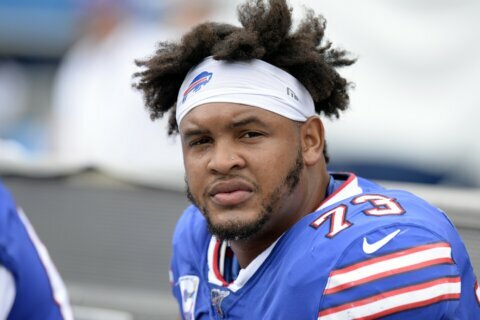 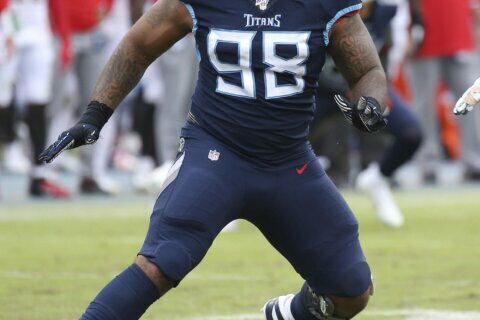