Even though 2017 NFL Offensive Rookie of the Year Alvin Kamara and starting tight end Jared Cook joined Brees as injured and unavailable, New Orleans rolled up 424 yards in a 36-25 win against Chicago that was much more lopsided than the final score indicated.

While other coaches might have run out of options without star power like that, Payton called a rarely seen option play that gained 23 yards in the third quarter as part of a creative package the Bears’ usually stout defense could not stop.

Quarterback Teddy Bridgewater handed off to fullback Zach Line, who ran parallel to the line of scrimmage and pitched to third-string quarterback Taysom Hill.

“It was perfect,” Payton said. “You’re taking that correct angle down the line of scrimmage, keep or pitch based on the (defensive) end, he pitched it at the right time and we handled the perimeter well. We all fit and landmarked the blocks we needed. It was a good play for us.”

Aside from All-Pro receiver Michael Thomas (nine catches, 131 yards), the Saints succeeded with an unfamiliar cast as Bridgewater improved to 5-0 as a starter in Brees’ absence.

“We have a ton of respect for Chicago,” Payton said. “Their defense has been outstanding in the last few years.”

Yet the Saints made the Bears’ defense look average.

Offseason free agent acquisition Latavius Murray rushed for 119 yards and two touchdowns on 27 carries when his previous high with the Saints had been 44 yards on eight attempts.

“With my size and my style of play, a big back like myself should be able to make an impact,” the 6-foot-3, 230-pound Murray said. “It definitely feels good to contribute in a big way in a big game on the road.”

Bridgewater did not turn the ball over, was sacked once and was hardly touched otherwise. He completed passes to eight receivers, including tight end Josh Hill’s first touchdown catch of the season and the multi-faceted Taysom Hill’s second.

“It’s just fun,” Murray said. “It’s very hard to stop when you have so many options and so many weapons and so many different things we can come at you with — like our fullback running a speed option with our quarterback.”

Among the many plays that worked, that one definitely drew the most attention.

Line, who had 18 carries in three years with the Saints, was an option quarterback in high school and played his part flawlessly.

Everything defensively. The Saints limited Chicago to four first downs through three quarters and 252 total yards for the game.

That was nothing new. New Orleans has held its past four opponents to 257 or fewer yards. The previous time the Saints had a four-game stretch this dominant defensively (260 or fewer yards allowed) was 1992.

The Saints’ hands team struggled against Chicago, allowing the NFL’s first successful onside kick of the year and almost surrendering a second one after the Bears scored two late touchdowns. Thomas’ botched decision to try to grab the first one before it went 10 yards proved costly when cornerback Eli Apple injured his knee at the end of the ensuing drive.

“He did well and honestly it wasn’t a surprise,” Payton said. “He had a real good training camp, is smart, picks things up quick and is a very fluid athlete with good ball skills.”

The Saints’ kickoff coverage unit allowed a 102-yard touchdown return to Cordarrelle Patterson in the first quarter. It was the first one New Orleans has allowed since 2012.

Apple limped to the locker room after injuring his right knee in the final minute. Cornerback Patrick Robinson hurt a hamstring in the first quarter and did not return.

Murray’s 27 carries were a career high, eclipsing the 26 he had against Cleveland in 2015 when he played for Oakland.

The Saints play host to Arizona before getting their bye the following week. Initially, Brees’ estimated absence was supposed to last about six weeks, or until after this Sunday’s game against the Cardinals. However, Brees has hinted more recently at a possible return this week. 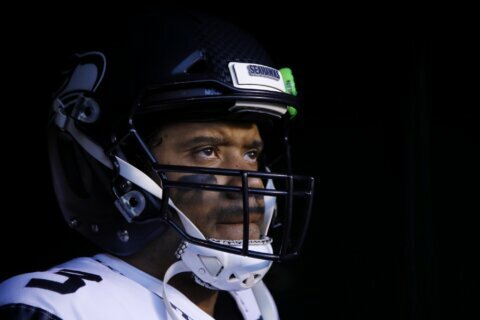 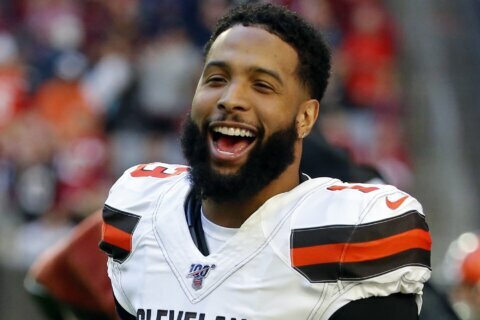 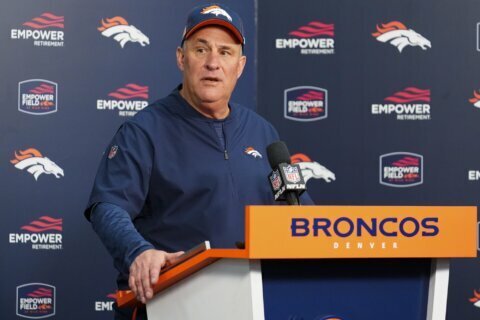