Now what? Jets already down Darnold, lose Siemian at QB

That’s the question Adam Gase and the struggling and short-handed New York Jets are faced with at the quarterback spot just two games into the season.

“Obviously, it always causes a problem when a quarterback changes,” running back Le’Veon Bell said after a 23-3 loss to Cleveland on Monday night. “But it wasn’t how the quarterback played. We just didn’t execute enough for us to get a win today.”

Luke Falk, the Jets’ No. 3 quarterback, was promoted a few hours before the game — and found himself on the field as the only healthy player at the position after Siemian went down with an ankle injury in the second quarter.

“Yeah, it’s been a weird week,” Falk said. “A week ago, I was on the practice squad and then tonight I’m standing in front of you guys after playing in a game.”

It certainly was an unexpected development, and sent the Jets into quite a quarterback quandary. New York will likely be in the market to sign another passer or two this week as it prepares to play at New England next Sunday.

Darnold was diagnosed with mononucleosis last week and will likely miss several more games while recovering.

That was the reason Siemian got the start against the Browns. But, his Jets debut ended painfully.

Siemian threw a long incomplete pass to Ryan Griffin, but Cleveland’s Myles Garrett slammed into him and fell on top of him — and the Browns defensive end was penalized for roughing the passer.

Siemian stayed down for several minutes as trainers attended to him on the field. The quarterback was able to get up under his own power, but very gingerly and with a limp. He was officially ruled out for the rest of the game when the second half began and was scheduled to have an MRI on Tuesday morning.

Siemian was seen on crutches and his left foot in a walking boot in the locker room after the game.

Falk replaced Siemian with 7:58 left in the first half and helped the Jets get their first points on a 46-yard field goal by Sam Ficken, the team’s fourth kicker since July.

Siemian finished 3 of 6 for 3 yards, while Falk was 20 of 25 for 198 yards in his NFL debut as the Jets lost their seventh straight at home, dating to last season.

“When we look at it, we’re going to have to look at all of our guys and see who’s doing their job and who is not,” Gase said of his offense. “Do we have to move pieces around? Do we have to change some things up?

“I thought Luke did a really good job tonight. He started off kind of slow. I was just trying to ease him into the game a little bit. He was on the practice squad yesterday.”

New York rolled up just 262 total yards, went 2 for 14 on third downs and made it into the red zone just once.

That was when Falk led the Jets on their longest drive of the night — 60 yards — but Bell could only get 1 yard on a fourth-and-2 pass, turning the ball over on downs at the Browns 11.

On the next play, Baker Mayfield hit Odell Beckham Jr. with a slant pass, and the receiver outran the Jets’ defenders all the way to the end zone for an 89-yard TD that put Cleveland up 23-3 with 3:32 remaining in the third quarter.

“Luke played well,” Bell said. “The quarterback situation wasn’t the problem. It’s guys getting on the details. … We were hurting ourselves, that’s it.”

That meant too many penalties — 12 for 89 yards — too many drops, not enough blocks and too few plays made. The Jets also allowed four sacks, and eight quarterback hits.

“We have to take a hard look at this,” Gase said, “and figure out what’s going on.”

NOTES: CB Trumaine Johnson was replaced in the starting lineup by Nate Hairston, a move Gase simply said was “just our decision.” Johnson entered the season as the Jets’ top player at the position, and said he was “in and out” all week with the first-team defense during practice, so he was surprised he didn’t play until late in the game. “Of course I was upset,” Johnson said. “But it’s not about me. I was supporting my guys out there today.” Gase said Johnson’s benching was not disciplinary. … LB Jordan Jenkins left with a calf injury, but he doesn’t believe it’s serious. 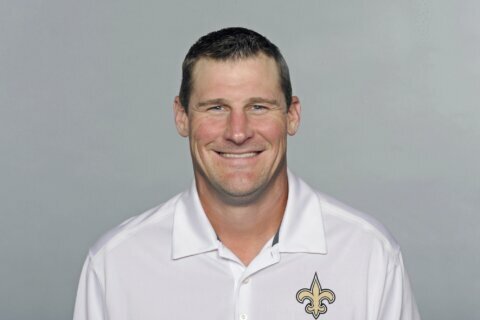 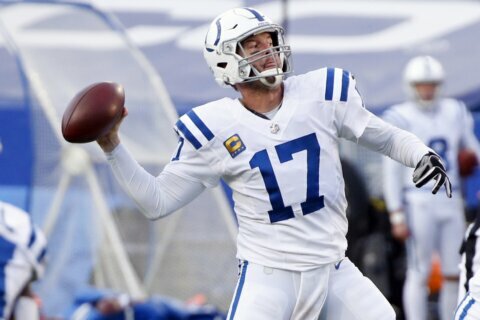