The big question now is whether the Kansas City Chiefs can continue to rely on their third-year star Patrick Mahomes while some of their injured starters heal.
Listen now to WTOP News WTOP.com | Alexa | Google Home | WTOP App | 103.5 FM

KANSAS CITY, Mo. (AP) — Patrick Mahomes has won games for the Kansas City Chiefs without Sammy Watkins and Tyreek Hill, without a bell-cow running back or a defense capable of stopping just about anyone.

He proved it once more on Sunday.

With star wide receiver Tyreek Hill sidelined by a broken collarbone, and left tackle Eric Fisher on the sideline with a groin injury, the reigning league MVP merely threw four touchdown passes — all in one dynamic quarter — in the Chiefs’ 28-10 victory over the Oakland Raiders.

Oh, and Mahomes did it all while nursing an ankle sprained in a Week 1 rout of Jacksonville.

“He’s a hell of a quarterback,” Raiders cornerback Lamarcus Joyner said. “He got a little Tom Brady to him, a little Drew Brees look, a little Philip Rivers. He’ll challenge you. He can make the throws. He can scramble around, so I mean, you have to cover a little bit longer.”

The big question now is whether the Chiefs can continue to rely on their third-year star.

Hill will be gone for at least another month, and nobody is quite sure whether Fisher’s groin injury will keep him out long. LeSean McCoy was due to have an MRI exam on his ankle on Monday, while fellow running back Damien Williams is dealing with a knee injury.

Mahomes had wide receiver Demarcus Robinson come up big in Oakland, but the job doesn’t get a whole lot easier as the Chiefs return home for their first game at Arrowhead Stadium. The Ravens are coming to town for a game that could have playoff implications come the end of the season.

Not that anybody in Kansas City is looking that far into the future.

For many of the Chiefs, they’re content to marvel at the here and now — especially when it comes to their record-setting quarterback and his jaw-dropping ability.

“Listen, I never take it for granted,” Chiefs coach Andy Reid said. “Some of these throws, I’ve told you this before, some of these throws he makes, you just say, ‘All right,’ and buzz right through it. Like it happens every day, it kind of does happen. That’s what makes him unique, and the fact that he’s willing to continue to work on his game the way he does is also very important.

“In this league if you let off an inch, then you’re going to fall,” Reid added. “He stays right on top of that in everything that he does.”

The Chiefs’ rebuilt defense under new coordinator Steve Spagnuolo took a big step forward after a mediocre opening game against the Jaguars. After a few blown assignments allowed Oakland to take a 10-0 lead, the Chiefs basically shut down the Raiders the rest of the way.

The running game struggled with McCoy and Williams hobbled in Oakland. Mahomes can minimize a lot of issues on offense, but the Chiefs need some semblance of a run game to keep teams honest. And if the top two backs are out against Oakland, it will fall on Darrell Williams and Darwin Thompson.

Robinson caught all six passes thrown to him for 172 yards and two touchdowns, giving the Chiefs another sure-handed wide receiver with Hill out for the next few weeks. Teams will need to begin paying attention to him, and that could open up things for Watkins and tight end Travis Kelce.

The Chiefs’ defensive line struggled at times against Oakland’s front, though part of that was due to the exceptional play of rooking running back Josh Jacobs. But stopping the run was an issue last year, and so far the problem still exists.

The big loss in Oakland was Fisher, who actually hurt his groin late in the week and tried to play on Sunday. Cam Erving moved over to replace him in the lineup and fared well, but Fisher — an ex-No. 1 overall draft pick — has developed into one of the top left tackles in the NFL.

209 — The number of wins for coach Andy Reid, who moved into a tie with Chuck Noll for sixth in NFL history. Next on the list is Curly Lambeau with 229 victories.

After going coast to coast to pick up road wins to open the season, the Chiefs finally head home for a game at Arrowhead Stadium. The Ravens are also off to a 2-0 start, and along with the Patriots, the two teams meeting Sunday have emerged as the class of the AFC early this season. 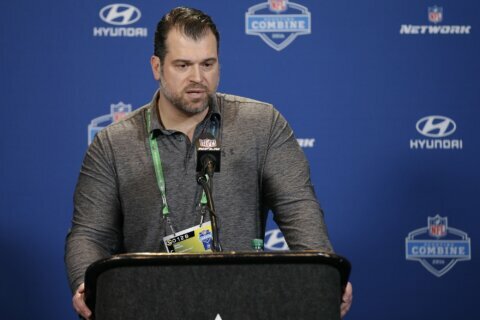 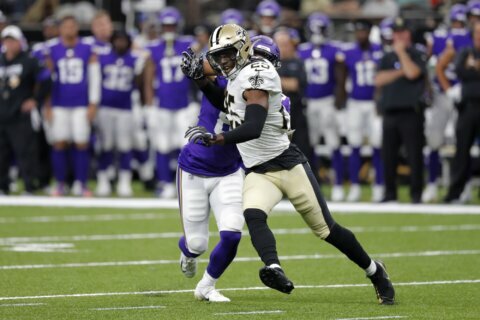 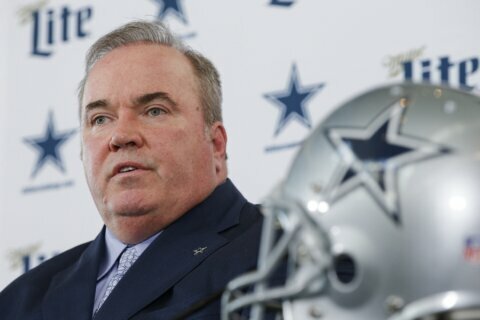