Patrick Mahomes is the record-setting quarterback and reigning league MVP. Tyreek Hill is the wide receiver with the game-breaking speed. Sammy Watkins is the former No. 4 overall draft pick living up to expectations at long last. Travis Kelce is one of the game’s best tight ends.

So when Hill went down with a fractured collarbone in a Week 1 rout of Jacksonville, everyone assumed those other guys would pick up the slack. Or perhaps rookie wide receiver Mecole Hardman or the running back tandem of LeSean McCoy and Damien Williams.

It sure looked like the Oakland Raiders thought that, too.

Robinson took advantage of them overlooking him, hauling in all six passes Mahomes threw his way for 172 yards and two of the Chiefs’ four second-quarter touchdowns. The scoring strikes covered 44 and 39 yards, and a couple of his grabs were the kind of highlight-reel stuff of superstars.

“He’s a guy that gets lost in the shuffle of things sometimes,” Mahomes said after the 28-10 victory Sunday. “He’s a guy that’s super talented and makes a lot of big plays happen.

“It’s everything from catching the ball on scrambles to catching touchdowns when he’s my last read across the middle of the field,” Mahomes continued. “He’ll make the blocks and do whatever he can to help his teammates out. When you have guys that play hard for each other and they find their time to shine, it’s always good to see that.”

Heck, he wasn’t chosen until the fourth round of the 2016 draft. He was the 14th wide receiver selected, though part of that was due to character concerns that followed him out of college.

Robinson was suspended twice as a freshman at Florida for failing multiple drug tests. He failed another the following season, then stayed out of trouble until November 2015, when he was suspended one more time just over an hour before kickoff against rival Florida State — this time, it was because Robinson had allegedly met with a marketing agent in violation of NCAA rules.

The Chiefs under coach Andy Reid have become a land of second chances, though. Some of the guys brought in with off-the-field issues haven’t worked out — running back Kareem Hunt or cornerback Marcus Peters — while others have steered clear of trouble and become crucial pieces of a Super Bowl contender.

It helped that Oakland appeared to zero in on Watkins and Kelce, allowing Robinson to find open seams down the field. But he also made a couple of tough grabs in traffic, and his willingness to block in the running game or serve as a decoy in the passing game ups his value.

Especially with Hill expected to miss at least another month.

“I got a chance to make some plays and I did,” Robinson said with an audible shrug. “Every week can be a big week for us. We don’t go out thinking it’s Mecole’s week or Kelce’s week or Sammy’s week. It can be all of our week. A lot of us got into the end zone. We made a couple of plays.”

The Chiefs will need to continue to make them.

They finally get a home game after a pair of road wins, but it’s red-hot Baltimore rolling into Arrowhead Stadium on Sunday. Then, they hit the road against for a game in Detroit.

“Whenever guys get their opportunity, they’re able to make plays,” Mahomes said. “It’s not about somebody else going down, it’s about having the next-guy-up mentality. We’re ready to hopefully get Tyreek back here soon, but at the same time, while he’s not here those guys are going to step up.”

NOTES: McCoy was expected to undergo an MRI on his ankle Monday, though the Chiefs do not appear to think the injury is serious. He had 11 carries for 29 yards in Oakland. … Williams also is banged up, hurting his knee against the Raiders. That could mean more work for rookie RB Darwin Thompson when Baltimore comes calling this weekend. 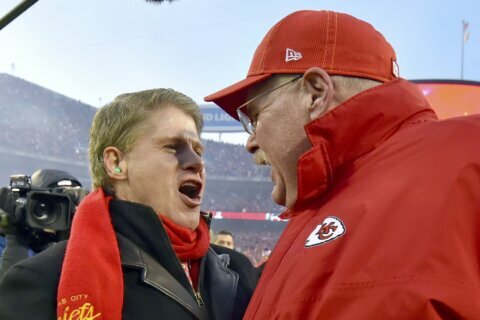 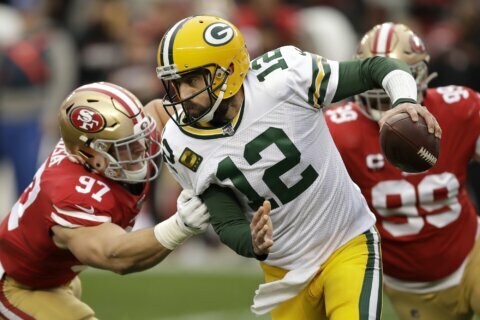 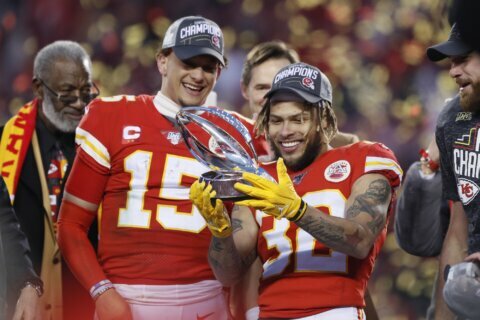