Jets GM Douglas ‘fired up’ to improve team before season

EAST RUTHERFORD, N.J. (AP) — Joe Douglas made it clear that the New York Jets’ roster is still a work in progress.

The first-year general manager also let the rest of the NFL know his team is open for business before the regular season begins in two weeks.

“We have an opportunity to really upgrade this team,” Douglas said before the Jets’ preseason loss to New Orleans on Saturday night. “We’ve got the third waiver claim and we plan on using it.

Douglas has been tinkering with the roster the past few weeks during training camp, trying to add depth at positions that need help such as cornerback, linebacker and offensive line. He anticipates being busy this week, with the final preseason game Thursday night, through cuts, claims and possible trades.

“Next week’s a big week for us, for our pro scouting staff,” Douglas said. “You know, 1,200 guys are going to hit the market next Friday and Saturday. We’ve got to be prepared — and we are prepared.”

Douglas, who replaced the fired Mike Maccagnan in June, said he and his staff have a “target list” of players they’re interested in trying to bring to the Jets. They’ve gone through the Jets’ preseason games as well as those of other teams “with a fine-tooth comb,” identifying players who could help them this season and beyond.

Houston’s Jadeveon Clowney remains a name frequently mentioned in trade rumors. The 26-year-old edge rusher would be a quick fix for the Jets, whose defense under Gregg Williams could use another sack-happy presence. Projected starting outside linebacker Brandon Copeland is suspended the first four games of the regular season for violating the league’s policy on performance enhancers, so New York could use help at that spot.

“We are going to focus on the edge,” Douglas said. “That’s always going to be a priority for us.”

Clowney would be costly, though, and likely in the form of significant draft picks. But that’s something Douglas didn’t dismiss as a possibility.

“If it was the right player, we certainly would entertain it,” Douglas said, speaking in general terms. “We’re in the business of making this roster better. If the right opportunity presented itself, I certainly wouldn’t shut it down.”

Douglas wasn’t asked specifically about Clowney, and the GM didn’t mention the Texans star by name — that would violate NFL tampering rules — but it was clear who everyone was talking about.

“I feel like you’re narrowing this player down,” Douglas said with a smile when asked if trading draft capital was a possibility. “If it’s the right player, right situation, we’d consider it.”

Clowney, in particular, would also be a tricky add in that he’s due $15.9 million this season under the franchise tag — which he hasn’t yet signed, but is about $4.6 million more than the Jets currently have under the salary cap. So, Douglas would need to be creative to make that work. He’s also not under contract beyond this season, so it would be a one-year rental until New York could potentially negotiate with him after the season ends.

Cornerback would also seem to be an area at which the Jets will look to improve during the next two weeks. Top starter Trumaine Johnson has been sidelined with a hamstring injury and his availability for the season opener is uncertain. Darryl Roberts, mostly a career backup, has slid into the No. 1 spot. Brian Poole is the nickel back, so a host of others — including Kyron Brown, Arthur Maulet, Tevaughn Campbell, Alex Brown and Marcus Cooper — have been trying to seize the opportunity to potentially start.

“I feel good about the way those young guys have played,” Douglas said, “but we’re going to be looking to upgrade.”

The kicking job is still up for grabs, although Taylor Bertolet strengthened his claim with a solid night by making field goals of 48 and 56 yards, and converting his lone extra-point attempt — after missing two last week.

Bertolet replaced Chandler Catanzaro, who abruptly retired after struggling early in camp and in the preseason opener. Douglas still could bring in another kicker to push Bertolet.

The “Help Wanted” sign is up. And, Douglas and the Jets are ready to make moves.

“There’s going to be guys, really from that 46th, 47th spot on the roster, all the way to 63 when you’re talking about your 10-man practice squad,” Douglas said, “where you can really bring in guys that can help you in those spots.” 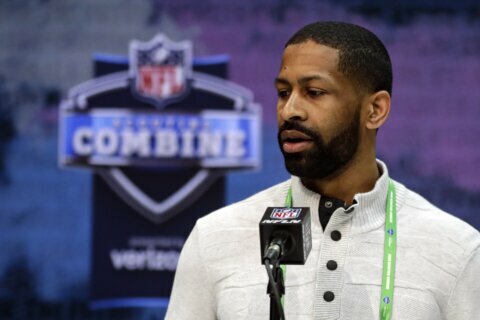 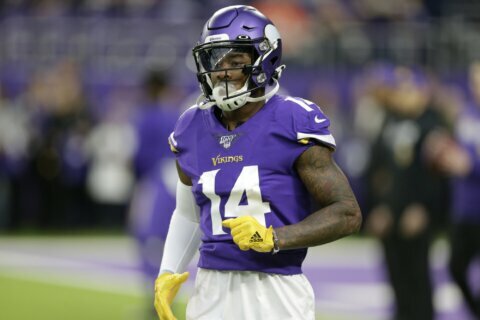 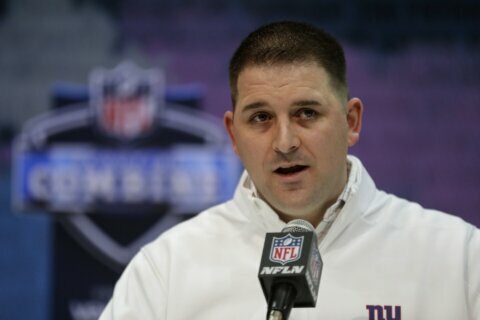