How to Estimate Utility Costs

It isn’t your imagination. The cost of utilities has been going up throughout the last year. According to the Consumer…
Listen now to WTOP News WTOP.com | Alexa | Google Home | WTOP App | 103.5 FM

It isn’t your imagination. The cost of utilities has been going up throughout the last year. According to the Consumer Price Index, released on Dec. 13, 2022, energy costs did slow down in November, dropping 1.6% from October to November — but from a year ago, energy prices are 13.1% higher.

How much you spend on utilities each month is worth paying attention to. Everybody notices when groceries and gas prices are higher, since we’re often buying food and filling up at the pump.

When you pay for your utility bills once a month, however, it’s easier to not be as aware of how a jump in price can throw off your budget.

From a budgeting standpoint, it’s important to estimate how much utilities cost per month, including how much you’ll pay for services like electricity, water and internet. Those costs can add significantly to your living expenses.

Read on for more information on each strategy.

[Read: 10 Ways to Save Energy and Lower Utility Bills]

While it can be hard to pinpoint precisely how much your electric or water bill will cost each month, credit counseling agencies suggest planning to spend 5% to 10% of your annual income on utilities.

According to Move.org, a moving resource site, anyone budgeting for utilities should plan on spending $290.79 a month for utility costs such as cable, electricity and natural gas. About a year ago, Move.org was recommending that you budget $50 less.

And if these numbers seem particularly high or low to you, remember that they are averages. The state you live in and whether you’re in a house or an apartment have a lot to do with how much you’ll pay for all utilities. Surging fuel prices can also send utility bills much higher.

Electricity.Of all your utilities, you’ll likely spend the most on electric each month. This bill will fluctuate based on energy prices, the season and your usage. One strategy to take the surprise out of electric bills is with equal billing, also often called budget billing, balance billing or even billing.

This option some utility companies offer allows you to pay the same amount for electricity each month, and at the end of the year you may pay extra or have money credited to your January bill, depending on your estimated and actual usage. Your utility company calculates the monthly amount by dividing the total you spent on electric bills in the past year by 12.

Heating and air conditioning.The high cost of natural gas has been causing electric and heating bills to soar this winter. The good news is that inflation does seem to finally be reversing a little, but you’ll still want to keep an eye on your utility budget; energy costs aren’t cheap, and the winter is young. Electricity prices fell 0.2% from October to November, but costs were 13.7% higher than November 2021. Household gas prices fell 3.5% but were 15.5% higher than a year earlier.

Internet and cable.Faster internet will add more to your bill. According to Move.org, a slow dial-up connection can go for as little as $10 a month, but the fastest fiber optic connections may run you as high as $150 every month.

According to Allconnect, a website that lets users compare TV and internet providers, the average cost of a monthly cable bill is $217.42.

Streaming services can cost anywhere from $4.99 to $14.99 every month, depending on what you’re subscribing to.

You might be able to reduce costs by choosing a slower internet speed, eliminating some streaming services or getting rid of cable. It can be frustrating to figure out which expenses to get rid of, but there are probably some adjustments you can make, even if it’s asking your cable provider for a cheaper deal.

[Read: How to Set Up Your Utilities.]

While you may have a rough estimate of how much your utilities will cost each month, there’s a simple way to take the guesswork out of calculating such fees. To get a sense of the average utilities bill for a house, apartment or condo, ask the right questions — and the right people — about average utility costs. For guidance, turn to the following people and service providers:

— Your real estate agent:If you’re moving to a new home and speaking with the previous homeowner isn’t feasible, ask yourreal estate agent. “Your agent can often request a history of utility costs from the seller’s broker, but when that is not available your agent should be able to see the annual utility costs for similar homes and give you a reasonable range,” Ben Creamer, co-founder and managing broker of Downtown Realty Company in Chicago, says.

— Your utility provider: Check with the provider of each service that makes your home hum, like your electric utility, the water company, waste management company and others. For example, ” … internet and cable can be calculated with a quick call to your local cable provider,” says Ericka Rios, co-founder and director of leasing of Downtown Apartment Company, based in Chicago. If you’re dealing with an apartment complex, Rios suggests contacting the electric company, which can furnish cost data for similar homes and apartments.

— Your landlord or apartment manager: According to Rios, many new apartment communities recognize that utilities are a concern for new residents and have them calculated into the rent price based on unit size. With many apartment communities, ” … the major utility expenses — heating, air conditioning, gas, water, trash removal — are covered in a single monthly fee, eliminating much of the budget guesswork. The only variables are electricity, internet and cable,” she says.

[READ: Should You Downsize to Save Money?]

Other factors to keep in mind when estimating your utility costs include:

Location.Utilities will be far pricier in places with a high cost of living. According to September 2022 data from the U.S. Energy Information Administration, the national average residential price of electricity is 16.32 cents per kilowatt. Idaho and Washington currently have the cheapest electricity costs, with residents paying 10.51 cents per kilowatt and 10.57 cents per kilowatt, respectively. Hawaii has the most expensive fees, with residents paying 45.69 cents per kilowatt, about a dime more compared to last year. Along with the recent spate of inflation, it’s particularly high because most of Hawaii’s electricity is generated from petroleum fuels that are imported. That’s just one of the many factors that make Hawaii’s cost of living the highest in the country.

Age of your home.Older houses can raise your utility costs. They are less likely to be as well-insulated and may be draftier, which could translate to a higher heating bill than average. It’s also worth paying attention to plumbing costs; if your pipes are old and you have leaks — even small ones — your water bill may run higher than it needs to.

Totaro advises buying Energy Star appliances. “Each appliance comes with an annual cost of use estimation,” he says. He also suggests switching to LED light bulbs, purchasing your energy through a third-party provider and installing a programmable thermostat or a smart thermostat.

“These simple fixes may help you save 10% or more a year on your utility costs,” Totaro says.

How to Save Money

How to Estimate Utility Costs originally appeared on usnews.com

Update 12/15/22: This story was previously published at an earlier date and has been updated with new information. 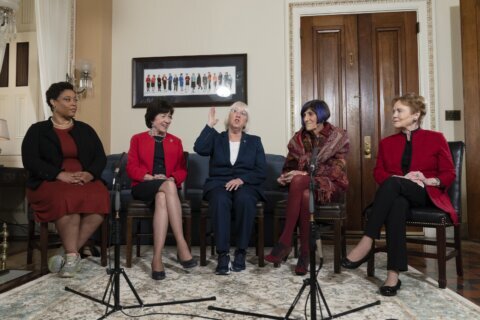