The 13 Best Restaurants in Richmond, Virginia

The capital city of Virginia contains multitudes. This midsize city on the James River is home to more than 30 craft breweries, for example, as well an array of historical sites and museums. Richmond’s historic moments range from Patrick Henry’s “Give me liberty, or give me death” speech in 1775 to the city gaining international attention in 2020 for the removal of more than a dozen Confederate monuments.

But one thing travelers might overlook is the rich food scene in Richmond that’s been shaped by the city’s history and its residents. There’s undoubtedly a Southern flair in many eateries here, but options span Mexican eats to Basque-inspired tapas to massive Jewish deli-style sandwiches and pretty much anything in between. U.S. News editors researched dozens of review sites, including restaurant, dining and travel industry review sites, to come up with this selection of Richmond’s best restaurants.

The Top Restaurants in Richmond

If you can actually get your hands on some of the more popular entrees and cuts of meat from ZZQ, then count yourself lucky. The joint has been a staple in the brewery-heavy neighborhood of Scott’s Addition for almost five years and consistently sells out of its perfectly smoked and seasoned brisket, pulled pork and ribs. Order up a sandwich or some meat (sold by the pound) as well as sides like the jalapeño macaroni and cheese and greens, frequently found on the plates of regular diners. The long lines can feel intimidating, but ZZQ founders Chris Fultz and Alex Graf lead a team that’s got the flow down to a science. Patrons say they understand the hype and that the long lines are worth it for the delicious food and generous portions.

Ask a Richmond native where to go for some amazing soul food and Mama J’s will surely be on the list. Like most historically Black neighborhoods, Jackson Ward has seen its fair share of gentrification and fusion-style restaurants, but Mama J’s (named for Richmond native Velma Johnson, whose family owns this eatery) has been serving up Southern cuisine since 2009. Step through the door of the green brick building and settle in for a menu of classics. Visitors frequently rave about the catfish — the whole filet or the nuggets — and laud the flavor of the candied yams. If you have room for dessert, the warm peach cobbler is a solid choice.

Everyone loves a pop-up to brick-and-mortar success story, and that’s exactly what TBT El Gallo is. After almost 100 pop-up events and constantly selling out at local breweries, this taco-driven spot opened a location in the Fan district in 2021. Though the location changed, the fan-favorite remains the Slam Dunk Contest, a birria (beef) taco. But don’t overlook sides like the fries or occasional menu additions like tortas. Recent visitors praise the innovative flavors and authenticity of the Mexican street food here; many say that, while there is some outdoor seating, this spot is best for takeout.

[See more of Richmond: Things to Do | Hotels | When to Visit | Photos ]

Maybe you’ve had pork schnitzel, but what about chicken schnitzel? It’s a favorite among diners at Metzger Bar & Butchery, who love the flavor, creativity and generous portion size of the dish, among other seasonal fare. This German-inspired eatery, helmed by “Top Chef” contestant and James Beard-nominated chef Brittanny Anderson, pays homage to the butchers and German immigrants who shaped the Union Hill neighborhood of Richmond. Metzger is reservation-worthy, or you can always try your luck at the bar. While you can’t go wrong with the meal, there’s also an impressive selection of German beers.

Latin flavors combine with a soul food twist to create Soul Taco, which has two locations in Richmond, in the Jackson Ward and Shockoe Slip neighborhoods. Takeout is a possibility, but many travelers prefer dining in the colorful establishment, though some warn it can get crowded. The fusion taco flavors range from the vegetarian-favorite sweet potato option to buttermilk fried chicken, but it’s the cornmeal-crusted catfish taco that has diners ordering seconds and thirds. Visitors say this taco is has the perfect balance of textures and flavors. Soul Taco may be a Richmond fave, but it recently expanded to include a location in Raleigh as well.

Restaurant Adarra combines seasonal ingredients with a Basque twist. If you’re stuck on what tapas to share among the table at this Jackson Ward establishment, pretty much anything marinated in olive oil or a tomato sauce is a great place to start. Guests compliment many of the seasonally changing menu items, but one standout is the gnocchi with braised rabbit, which recent visitors describe as pillowy and delicious. Adarra has Virginia’s largest selection of organic, biodynamic and low-intervention wines, so a glass or two is a no-brainer for oenophiles.

If there’s a line early in the morning in Church Hill, it probably consists of patrons waiting for their fix of pastries and bread at Sub Rosa Bakery. Out-of-towners are frequent Sub Rosa visitors, with some calling it reason enough for a daytrip. The bakery mills its own flour to serve up flaky croissants, tarts and some of the best loaves of rye bread around. Sub Rosa makes delicious sweet treats — particularly its pain au chocolat, or chocolate croissant — but savory bites like the ham and cheese croissant are also a delight. For something new, try the pogaca: a small Turkish treat filled with feta and dill.

Chef Michael Lindsey has amassed somewhat of a dining empire in Richmond, with Jubilee, Buttermilk and Honey, and the recently opened ML Steak Modern Chophouse — but it’s his Lillie Pearl restaurant downtown that consistently sees packed tables for dinner or Sunday brunch. Diners can’t get enough of the fried Brussels sprouts and the pimento cheese-stuffed short rib egg rolls, which some describe as the star of the meal and an appetizer well worth returning for. It wouldn’t be a Lindsey restaurant without some chicken options too: Try the fried chicken as a dinner entree, on a sandwich come lunchtime or with French toast at brunch.

Hatch Local isn’t just a singular restaurant; the airy Manchester location is actually home to Richmond’s first food hall. The choice of seven eateries — ranging from a burger joint to Cambodian cuisine — makes this space with ample seating ideal for a large group. The variety is something diners love, especially for any groups who have trouble deciding on a place to eat. Maybe you’ll opt for the tacos at Sincero — but don’t overlook the chile dry rub wings, accompanied by a delectable cilantro sauce. Fat Kids Sandwiches’ half-pound Italian, meanwhile, is any sub lover’s dream. For a lighter but still flavorful kick, The Beet Box’s smoothies and juices are great on the go.

Some waits are worth it — including ones you may encounter when brunching at Perly’s. The Jewish restaurant and deli is a downtown favorite; past patrons recommend you go at an off-peak time or prepare to wait for up to 45 minutes. You’ll be rewarded with a retro interior of patterned walls, wooden booths and a tin ceiling. A favorite starter among diners is the matzo ball soup, then you can select from an array of meat-packed sandwiches like the Jewish Sailor (pastrami, beef sausage, a schmear of chopped chicken liver, red cabbage and more on rye). Visitors also highlight the Benny Goodman — a duo of salmon-topped potato latkes — saying it’s often enjoyable even for those who aren’t typically wild about salmon.

Don’t walk past takeout spot Big Herm’s Kitchen without stopping in. Your stomach and your wallet alike may thank you for the amount of food you receive for a budget-friendly price. The chicken sandwich and various types of seafood baskets are go-to dishes for many patrons, who describe the food as classic and delicious — the perfect comfort food. The baskets come with a piece of cornbread, which diners say stands out for its ideal blend of sweet and savory, complete with actual pieces of corn in it. For somewhat healthier fare, the colossal salads are perfect lunch options for any travelers exploring the Jackson Ward or downtown area.

Can Can Brasserie has been a Carytown staple since 2005; its style emulates French cafe restaurants of the early 1900s. The Parisian-inspired interior and menu have a sophisticated feel without being stuffy. On any given night, you’ll easily see a range of patrons from families to a group of friends indulging in some hearty eats before heading across the street to The Jasper, a cocktail bar. Can Can’s steak frites entree can easily feed two, but another filling option beloved by patrons is the flavorful French onion soup.

Restaurateur Kendra Feather has her hands in several food spots around the city, from the casual vegan eats of Ipanema Cafe in the heart of the Virginia Commonwealth University area to the upscale but down-home Southern feel of Church Hill’s The Roosevelt. With the addition of chef Leah Branch earlier this year, The Roosevelt receives high praise for pretty much everything the kitchen whips up, from seasonal seafood dishes to innovative desserts made with foie gras. Don’t let the appetizers get lost in the shuffle: The eatery’s chicken wings with Alabama white sauce are described by recent visitors as superb.

21 Top Things to Do in Virginia

The 13 Best Restaurants in Richmond, Virginia originally appeared on usnews.com 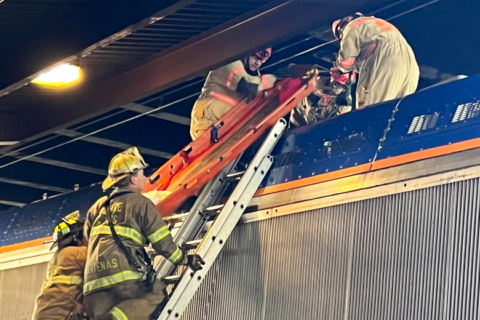