In many countries, postsecondary educational attainment has skyrocketed over the last two decades. Among the 38 nations that are members…
Listen now to WTOP News WTOP.com | Alexa | Google Home | WTOP App | 103.5 FM

In many countries, postsecondary educational attainment has skyrocketed over the last two decades.

Among the 38 nations that are members of the Organisation for Economic Co-operation and Development, the percentage of individuals in the 25-to-34 age bracket who had a credential beyond a high school diploma rose from 27% in 2000 to 48% in 2021.

High school students and alumni all over the world who intend to continue their education can consult the ninth edition of the U.S. News Best Global Universities rankings, released Oct. 25, 2022.

This year’s general ranking, which reflects the overall scholarly impact of global universities across multiple academic disciplines, includes 2,000 schools — 250 more than last year — in 95 countries across the globe. U.S. News also provides an assortment of Best Global Universities rankings by region or country, as well as subject-specific rankings by particular fields of study.

The 2022-2023 Best Global Universities rankings were developed in consultation with Clarivate, an information and services company. The methodology for these rankings is different from other U.S. News school rankings, such as Best Colleges and Best Graduate Schools, as it focuses entirely on an academic institution’s research output and reputation.

Universities became eligible for placement in the general Best Global Universities ranking if they placed among the top 250 schools evaluated in a global reputation survey or published at least 1,250 papers between 2016 and 2020.

These rankings do not consider admissions figures, faculty statistics, teacher evaluations or student outcome data and are not ratings of any particular undergraduate or graduate program.

[See: Where in the World Are the Best Global Universities?]

However, notable changes occurred slightly down the list. The University of Washington in Seattle rose a notch this year, from No. 7 to No. 6, switching places with Columbia University in New York.

Several other schools rose in the general ranking, including Yale University in Connecticut, which moved from No. 12 to No. 11, and University College London, which went from a tie at No. 16 to No. 12. The University of California–San Diego rose one spot above its rank last year to join the top 20.

Among the countries with ranked global universities in the overall ranking, China had the most schools — 338 — for the first time surpassing the U.S. The difference between the number of ranked universities in China vs. the U.S. is 58.

[Read: How Bachelor’s Degrees in the U.S. and Europe Differ]

Potential international students who want to study in a particular country, region or continent can consult one of the U.S. News geographic rankings, which spell out which schools in that area performed best in the Best Global Universities general ranking. If a country has five schools or more in the overall ranking, then there is a specific ranking for that nation. There are 48 country rankings.

Students who know which field they wish to study can consult the most relevant U.S. News subject rankings. These 47 rankings evaluate the quality of a school’s research in a particular field of study, such as microbiology.

A total of 17,200 universities earned spots in the 47 subject rankings — 1,550 more than in the prior year. Among the schools that achieved a subject ranking, 15.7% are in China and 20.2% are in the U.S. Only one academic institution in the world made the cut for all of the subject rankings: Monash University in Australia, which accomplished the same feat last year.

3 Reasons to Pursue an Undergraduate, Graduate Degree in Asia 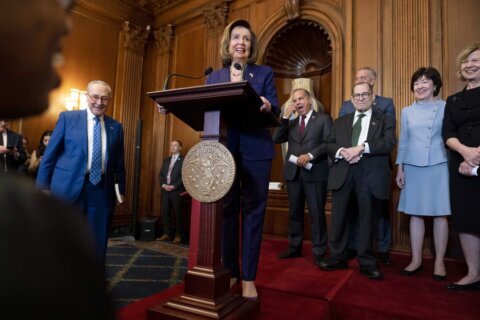