These stocks have generated the best returns so far in 2022.

The S&P 500 declined 4.2% in August as fears over persistently high inflation, aggressive Federal Reserve interest rate hikes and an uncertain global economic outlook have investors fleeing risk assets. The S&P 500 is now down 17% year to date, but a handful of top-performing stocks have bucked the bearish trend. Top performers include several oil and gas stocks benefiting from surging energy prices and health care stocks with unique bullish catalysts. Here are the 10 best-performing stocks of 2022 among companies that trade on major U.S. exchanges and have market capitalizations of at least $1 billion. Returns are total returns, meaning they reflect the impact of any dividends, and are through Aug. 31.

Torm is a U.K.-based refined-oil shipping company with a fully owned fleet of more than 80 vessels. In August, Torm reported time charter equivalent rates more than doubled in the second quarter, and company management said the market has been even better so far in the third quarter. In fact, the stock jumped 10% after Torm said rates had more than tripled from 2021 levels in the current quarter. Torm has also taken advantage of a seller’s market to divest seven of its oldest vessels since late 2021. Surging shipping rates have sent Torm shares higher by 153.9% in 2022.

Alpha Metallurgical Resources is a Tennessee-based coal miner. While clean energy may be the biggest long-term growth trend in the energy sector, coal prices have surged along with oil and gas prices so far in 2022 as the world pushes to combat energy shortages by any means necessary. In fact, in the past year, coal prices are up 136%, significantly more than the 31% gain in crude oil prices and the 109% gain in natural gas prices. In August, Alpha reported second-quarter revenue growth of 238% and net income from continuing operations of $575.4 million. That impressive growth has driven AMR stock up 158.1% year to date.

Veru is an oncology biopharmaceutical company developing treatments for prostate and breast cancer. In July, Veru shares jumped 20% after the company released overwhelmingly positive results from its phase 3 clinical trial of drug candidate sabizabulin in treating patients hospitalized with severe cases of COVID-19. The stock gained another 31% in August after Veru reported fiscal third-quarter earnings. The numbers themselves weren’t great, including a 46% revenue decline and a $22.2 million net loss in the quarter. However, investors cheered optimistic commentary on the earnings call suggesting sabizabulin may soon be granted Food and Drug Administration emergency-use authorization. Veru shares are up 159.8% in 2022.

PBF Energy is an independent refiner that produces gasoline, diesel and other petroleum products. PBF has taken advantage of the favorable energy environment to significantly improve its balance sheet in recent quarters, reducing consolidated debt by more than $2.6 billion in the past 18 months. Diesel prices are up 42% in 2022, while gasoline prices have increased 16%. In July, PBF reported 104% revenue growth in the second quarter. Investors can expect PBF to continue to improve its balance sheet and even potentially restore its dividend, which was suspended in March 2020. PBF Energy shares are up 163.4% year to date.

Like other energy stocks, energy services company NexTier Oilfield Solutions has benefited from rising oil and gas prices in 2022. In early January, the stock surged more than 20% after it updated its fourth-quarter financial guidance, and the stock’s bullish momentum has continued ever since. In July, NexTier reported $842 million in second-quarter revenue, its fifth consecutive quarter of at least 25% sequential growth. CEO Robert Drummond said capacity for hydraulic fracturing, or “fracking,” is essentially fully utilized, and frack fleet supply will remain a bottleneck for land-based U.S. oil and natural gas production through at least 2023. NEX stock is up 163.9% year to date.

TransMedics is a health care stock that specializes in organ transplantation. TransMedics has developed the only organ transplant system that is approved by the U.S. Food and Drug Administration to transport multiple organs. TransMedics’ revenue jumped 151% in the second quarter, driven by commercial sales of the OCS Heart and OCS Liver systems. TransMedics guided for full-year revenue growth of at least 121%, and its impressive 70% gross margins suggest the $1.6 billion stock could be a cash cow for investors as the company grows. Those impressive stats could make it an attractive acquisition target for a larger health care company. TMDX stock is up 171.6% year to date.

Lantheus is a diagnostic-imaging technology company. Lantheus shares ripped higher by 39% in February the day the company reported blowout fourth-quarter earnings and revenue numbers, and another 16% in April when it raised its 2022 earnings and revenue guidance. Lantheus’ launch of its Pylarify PET imaging agent for prostate cancer has been a tremendous success, and the company said Pylarify was the primary driver of its 121.4% revenue growth in the second quarter. Lantheus is also generating solid sales growth from its Definity diagnostic ultrasound enhancing agent. The company’s bullish sales momentum has propelled LNTH stock 172.8% higher year to date.

Consol Energy produces coal in the Appalachian basin. Like other coal stocks, Consol has benefited from soaring energy prices, especially since Russia invaded Ukraine. In August, Consol reported 105% total coal revenue growth in the second quarter. Consol also generated $159.9 million in free cash flow, repaid nearly $116 million in debt and initiated an enhanced shareholder return program. The program kicked off with a $1-per-share special dividend in August. Consol also said its Itmann preparation plant is on track to start up by the end of the third quarter. Consol shares are up 220.7% year to date.

Scorpio Tankers operates a fleet of ocean tankers that transports refined petroleum products worldwide. Tanker rates surged when Russia invaded Ukraine, and Scorpio has taken advantage of a favorable environment by reducing its debt by $511 million in the first half of 2022. The company has also increased its pro forma cash balance from $231 million to $592 million in 2022. Vessel revenue nearly tripled year over year to $405 million in the second quarter. Booming refined product demand, supply chain disruptions and historically low inventories will continue to support tanker rates. Scorpio shares are up 228.6% year to date.

Target Hospitality is a somewhat unconventional play on the 2022 oil and gas boom. The company provides workforce lodging and other temporary housing used for oil and gas drilling, mining, large-scale events, government agencies and disaster relief. The stock has had bullish momentum all year, but the majority of its gains have come since the beginning of July. On July 8, the stock jumped more than 31% after TH raised its 2022 revenue guidance by 53% following the announcement of a new government contract. Since the new contract was announced on July 6, shares are up 168.5% and are now up 273.3% overall in 2022.

Update 09/01/22: This story was published at an earlier date and has been updated with new information. 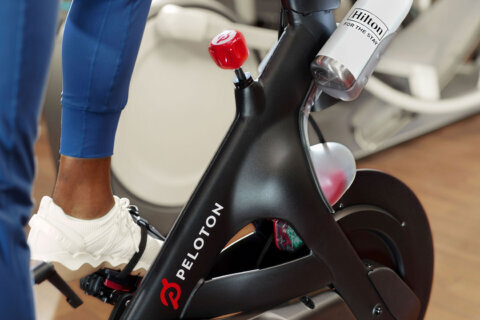