HARRISBURG, Pa. (AP) — Donald Trump on Saturday endorsed Doug Mastriano in Pennsylvania’s Republican primary for governor, siding with a far-right candidate who was outside the U.S. Capitol during the Jan. 6 insurrection and has worked doggedly to overturn the results of the 2020 presidential election.

Mastriano was already leading a crowded field of contenders despite running against the party establishment, and the former president’s endorsement puts him on even stronger footing heading into Tuesday’s primary.

But there are growing fears from party leaders that Mastriano, a state senator and retired U.S. Army colonel, is too extreme to beat Democrat Josh Shapiro in November’s general election and could drag down other Republicans competing in the pivotal state.

That includes a highly competitive U.S. Senate primary contest in which Trump is trying to lift his endorsed candidate, heart surgeon-turned-TV celebrity Mehmet Oz, to victory — against a rival with whom Mastriano is campaigning, setting up what could become an awkward situation.

Mastriano got on Trump’s radar by helping spread unsubstantiated claims from the former president and his allies that Democrats fraudulently stole the 2020 election for Joe Biden — something that Trump seized on in his endorsement statement.

“There is no one in Pennsylvania who has done more, or fought harder, for Election Integrity than State Senator Doug Mastriano,” Trump wrote. “He has revealed the Deceit, Corruption, and outright Theft of the 2020 Presidential Election, and will do something about it.”

Trump called Mastriano “a fighter like few others, and has been with me right from the beginning, and now I have an obligation to be with him.”

Besides campaigning with key figures in Trump’s circle who have spread lies about the last election, Mastriano also floated a plan to let state lawmakers wipe out that election result and make their own decision on which candidate should receive the state’s electoral votes.

As a result he was subpoenaed by the U.S. House committee investigating the Capitol riot on Jan. 6, 2021.

If elected, Mastriano has said he would take the extraordinary step of requiring voters to “re-register” to vote. “We’re going to start all over again,” he said during a debate last month.

Such a move is barred by the National Voter Registration Act and likely runs into significant protections under the federal — and possibly state — constitution and laws, constitutional law scholars say.

Trump was torn on the endorsement decision in the governor’s race.

Some allies desperately urged him to stay out of the race or to endorse a Mastriano rival, such as Lou Barletta, a former congressman who was the party’s Trump-endorsed nominee for U.S. Senate in 2018.

With Mastriano leading the nine-person primary field, party officials and conservative activists believed that votes for more electable establishment candidates are too splintered to head off his consolidation of far-right voters.

On Friday, Mastriano told former Trump adviser Steve Bannon’s online “War Room” broadcast that the Republican establishment “is panicking, I mean, literally wetting themselves” at the prospect that he will be the nominee.

At a campaign event Saturday in suburban Philadelphia, Mastriano told the crowd that no one could overtake him, even with the party’s help.

“With 45 coming out with his endorsement, they’re done, they’re finished,” Mastriano said, using a nickname for Trump, the 45th president. Mastriano claimed that he leads a “movement” that the left and “RINOs,” or Republicans in Name Only, are “terrified of.”

Mastriano has largely avoided speaking to independent news organizations, including The Associated Press, and has barred reporters from his campaign events, including Saturday’s, which was livestreamed.

Barletta has spent the past few days accumulating establishment endorsements, including from members of Congress. He has avoided criticizing Mastriano by name, other than trying to make the case that he is the most electable candidate in the primary.

On Saturday, he maintained that he could still beat Mastriano.

Republicans worry in particular that Mastriano is too toxic to win moderate voters in the heavily populated suburbs of Philadelphia and Pittsburgh in November. Critics fear he will endanger down-ballot GOP candidates with a lackluster top-of-the-ticket turnout.

Republicans have been shut out of the governor’s office in Pennsylvania since 2014 under Democratic Gov. Tom Wolf, who is barred by term limits from running again.

Trump’s top focus in Pennsylvania has been the Senate primary, where his endorsed candidate, celebrity heart surgeon Mehmet Oz, is seen as vulnerable.

In many cases, rank-and-file Republican voters, conservative activists and pro-Trump hard-liners have refused to back Oz just because Trump does.

Some allies had tried to convince the former president that backing Mastriano would hurt Oz because Mastriano has closely aligned and campaigned with one of Oz’s rivals, Kathy Barnette.

But as Trump worries about Oz’s chances, endorsing Mastriano is seen as a means to protect his ego, providing a likely win if Oz ends up losing.

On Saturday, Barnette spoke at Mastriano’s campaign event. She and Mastriano have endorsed each other and campaigned together numerous times.

“It would almost appear that the former president is starting to believe that Barnette is going to win,” said Vince Galko, a Pennsylvania-based Republican campaign strategist.

Mastriano, elected to the state Senate three years ago, first gained a following by leading anti-shutdown rallies during the early months of the pandemic, then became one of Trump’s most dedicated supporters during the 2020 campaign.

In online “fireside chats” with supporters after the election, he boasted of speaking with Trump at least 15 times as he worked with Trump to try to overturn the election result. He later organized bus trips to the U.S. Capitol for Trump’s Jan. 6 “Stop the Steal” rally, where he was seen in footage with his wife passing through breached barricades set up by Capitol Police.

Last May, he claimed on a radio show that Trump had “ asked me ” to run for governor.

In the weeks after that, he attempted to launch an Arizona-style partisan “audit” of the 2020 election — only to be stripped of his committee chairmanship by state Senate GOP leadership in a dispute over financing it and hiring contractors. 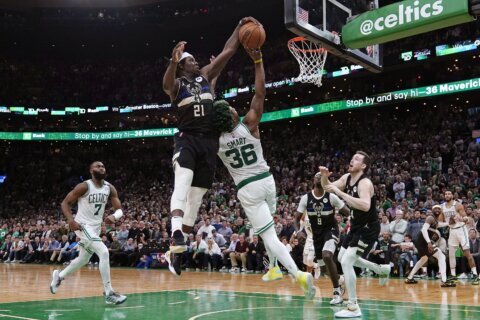