From applicants to admissions officers to law school deans, many people involved in the law school admissions process anxiously await the annual law school rankings by U.S. News. What are these rankings, why are they so influential and how can applicants use them to identify target law schools?

For more than 30 years, U.S. News has released a ranked list of the top law schools in America accredited by the American Bar Association. These rankings are not the only published rankings, nor are they in any way official or authoritative, but they are clearly the leading measure of law school reputation.

Since law can be an elitist field, law school reputation matters. Exceptional and exceptionally lucky lawyers from obscure or low-ranked law schools have reached the heights of the legal field, but most eminent lawyers, jurists and legal scholars graduated highly regarded law schools.

The first year, U.S. rankings were based on academic reputation. Over time, U.S. News has refined and expanded its methodology to include a range of factors like admissions selectivity, employment rates among recent graduates and the median GPA and LSAT scores of newly matriculating students.

The inclusion of more varied and objectively assessed factors has made the rankings fairer, more transparent and more influential. However, there are ongoing debates over how the factors are chosen, assessed and weighted. Many law schools seem to show more concern for these metrics than for their students or faculty, and some try to “game the rankings.”

Any ranking system requires imperfect tradeoffs. Excellence among law schools can’t be assessed objectively, universally or impartially. Thus, the U.S. News rankings — and others — should be placed in proper context.

How Law School Applicants Can Use Rankings

Law school administrators may care about how their school measures up, but applicants have a narrower goal: to figure out where to apply and where to go.

[READ: How to Identify Midrange Law Schools to Target.]

Don’t obsess over each school’s numeric ranking. Think of the rankings as a set of tiers of 15-25 schools each. Generally, schools in the same tier tend to be comparably selective, although they may differ widely in size, geography or culture.

Find a target school whose median GPA and LSAT scores match yours, then look for similarly ranked schools. Research those law schools’ websites for appealing strengths, like features and programs that fit your interests.

The top 30 or so schools in the rankings may be considered nationally known, meaning that their graduates are competitive applicants for jobs all over the country. Lower-tier schools may be considered more regional. While they may have good reputations locally, they likely suffer from lower name recognition and weaker alumni networks elsewhere.

If you are planning on practicing law in a specific region, consider the relative rankings of schools in that region. For example, both Columbia University Law School and New York University School of Law are consistently ranked neck-and-neck near the top of the list. Neither is objectively “better” than the other, but they are both ranked well above other law schools in the New York City area.

[Read: How to Pick the Right Law School]

New York City has law schools ranked in almost every tier. Other regions may not offer such a full spectrum, but rankings can still reveal a rough hierarchy within the legal market.

Finally, don’t overlook the U.S. News rankings for specific areas of law. Focus less on a school’s specific ranking and more on schools who rank higher in specific fields that interest you, relative to their overall ranking. This can help you identify less competitive schools that can set you up for success in a specific practice area.

Law school rankings can be a useful tool for applicants to identify target law schools, but they are in no way conclusive of which schools are objectively “best.” What matters is which school is best for you.

When and How Law Schools Use Waitlists 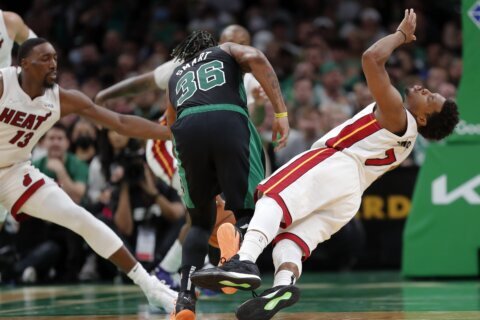