Unlike colleges, law schools have rolling admission. While law school application deadlines are typically in February or March, and sometimes as late as summer, admissions offices evaluate applications in roughly the order received until all available spots are filled.

The later an applicant applies, the more competition there is for fewer spots. Why does this matter? Let’s compare the difference between applying early and late in the admission cycle.

The Admissions Process for Early Applicants

If you submit your law school application soon after admissions open in August or September, it will be evaluated based on admissions officers’ forecasts about how your application compares to their expectations for the cycle. They will consider the competitiveness of your profile and how you might add balance to the class they are aiming to assemble. For example, law schools don’t want to accept too many applicants with the same background, interests or work experience.

Typically, applicants will hear back within six weeks or so, although the most competitive law schools can take longer to reach a decision.

[READ: When to Expect a Law School Decision.]

Some law schools expedite the process for applicants who apply early decision, since they have made a binding commitment to attend if offered admission. That can give them a leg up in the process.

If admissions officers can’t come to a clear decision about your candidacy, they may hold your application for later consideration or place you on a waitlist. These are not the same thing, but both mean that admissions officers want to see more of their applicant pool before making a final decision.

Some of this can come down to luck. Maybe a law school is concerned about admitting too many candidates with a similar profile. More cynically, admissions officers might worry you will decline their offer in favor of other schools. Waitlisting you can be a low-risk way for them to gauge the persistence of your interest.

Like airlines or concert venues that anticipate no-shows by selling more seats than they can accommodate, law schools typically accept more applicants than they can take, to account for applicants who decline admission due to competing offers or other reasons.

Unless a law school class is oversubscribed, which was unexpectedly common in 2021, spots open up in the spring as accepted applicants decline their offers. Admissions officers then extend offers to the most competitive applicants on their waitlist, striving to maintain an impressive, well-balanced class.

If you apply late in the cycle, admissions officers have likely filled the bulk of their law school class by the time they review your application. At this point, they are evaluating you against the applicants still under consideration or on their waitlist.

This can be a difficult position. Like being a contestant on the reality show “The Bachelor,” it’s a lot harder to stand out when the person evaluating you has a large pool of options to choose from!

This does not mean you have no chance of admission. But rather than merely match what admissions officers are looking for, you have to outshine candidates who haven’t yet made the cut.

When Is the Best Time to Apply to Law School?

Generally, applicants should apply as early as possible after law schools begin accepting applications. Accounting for time to gather recommendation letters and prepare essays and other materials, this often means applying in October or early November.

Apply later in the cycle only if it will significantly strengthen your candidacy. For example, some applicants plan to retake the LSAT to aim for a better score. Since law schools will hold off on reviewing your application if you have a pending LSAT, it makes sense to wait until retaking the test before submission.

Likewise, it is better to take the time to write your strongest possible personal statement and other essays, and to review your materials carefully, than to submit a rushed application with avoidable mistakes.

While you want to make the best impression possible, rest assured that, unlike “The Bachelor,” this competition isn’t televised!

How to Get a Compelling Letter of Recommendation for Law School

How Law Schools Look at Applicants With Multiple LSAT Scores 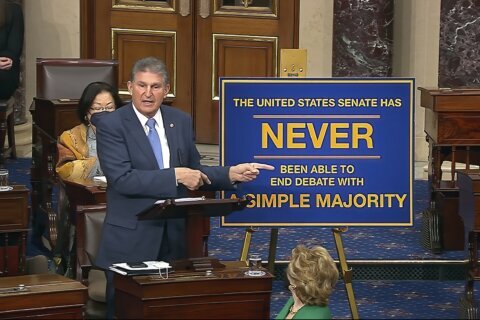