The World Watches the U.S. Decide the Fate of Its Democracy

Over the past year, citizens from across the United States have pressured members of Congress to advance federal legislation to…
Listen now to WTOP News WTOP.com | Alexa | Google Home | WTOP App | 103.5 FM

Over the past year, citizens from across the United States have pressured members of Congress to advance federal legislation to safeguard the country’s democracy. They’ve marched, called, written, risked arrest, and even engaged in hunger strikes.

In 2022, the Senate will have a chance to rise to the occasion by reforming the undemocratic filibuster to pass both the Freedom to Vote Act and the John Lewis Voting Rights Advancement Act. These two critical bills would protect the freedom to vote, reduce the role of big money in our elections and limit congressional gerrymandering.

The international community will be watching closely as the U.S. decides the fate of its democracy. After all, many abroad have offered grave warnings about the dangers our democracy faces. For example, International IDEA, a well-respected international democracy watchdog, listed America as a “backsliding democracy” for the first time last year. And two other internationally focused indicators — The Economist’s Democracy Index and Harvard and Sydney universities’ Election Integrity Project — gave U.S. elections low marks in recent years. On top of that, less than half of residents in a number of prominent NATO countries say they believe the U.S. is a role model for a healthy democracy, according to a 2021 Best Countries Report. Key U.S. allies have also openly expressed concerns about the health of our democratic system, most notably at the 2021 Halifax International Security Forum this fall.

The stakes for federal action could not be higher. Warning bells have sounded loudly throughout 2021. The year began with the infamous attempted insurrection at the U.S. Capitol to overturn the presidential election, and ended with Republicans in states across the country having proposed more than 440 bills to curtail the freedom to vote. An astounding 34 of these restrictive bills passed across 19 states.

These anti-democratic bills are insidiously broad in their attacks on the franchise. A few of them lay the groundwork for partisans to subvert future election results. Some restrict early voting, vote-by-mail and other policies that make our democracy accessible. And others are downright ridiculous, like Georgia’s statute making it illegal to give a bottle of water to someone waiting in a voting line. More anti-voter bills may be on the horizon, as well, given that at least 80 of the bills introduced will carry into this year and over a dozen new ones have been pre-filed.

On top of the wave of anti-voter bills sweeping the nation, states are engaging in extreme partisan gerrymandering that will render the next decade of state and congressional elections largely uncompetitive, making a mockery of voter preferences and often diluting the voices of voters of color.

Recognizing the perils of democratic backsliding, voting rights and civil rights organizations — in coalition with environmental, racial justice, religious, and labor groups — have been laser-focused on federal legislation to thwart the worst anti-democratic laws.

Unsurprisingly, the Freedom to Vote Act is wildly popular. Shortly after it was introduced, Data for Progress found that 70% of likely voters support the bill, including 85% of Democrats, 67% of Independents, and 54% of Republicans. The Freedom to Vote Act is bipartisan everywhere but in Congress wherein Republicans have worked tirelessly to prevent the bill from even being debated.

The John Lewis Voting Rights Advancement Act, on the other hand, would restore and update the 1965 Voting Rights Act, one of the most important civil rights laws in our nation’s history. It does so by reinstating preclearance for jurisdictions that have a history of racial discrimination in voting laws. These jurisdictions would be required to have any new election law reviewed by the Justice Department or a court before implementation. The bill would also strengthen Section 2 of the original Voting Rights Act to better ensure voters’ ability to challenge discriminatory voting laws in court.

On Jan. 3, Senate Majority Leader Chuck Schumer announced that unless Republicans begin to collaborate on protecting democracy, the Senate will soon consider changing the Senate rules to allow these pro-voter bills to pass with a majority vote. This is encouraging news. Right now, the filibuster — an arcane senate rule that allows a minority of senators to permanently block popular legislation — prevents even a debate on the Freedom to Vote Act and John Lewis Voting Rights Advancement Act. So long as the filibuster can be weaponized by Republicans to grind the Senate to a halt and block bills with majority support, federal standards to safeguard our democracy will remain out-of-reach.

In 2021, citizens did their part. Now is the time for the Democratic senators to match their courage by fixing the Senate filibuster in order to pass the Freedom to Vote Act and John Lewis Voting Rights Advancement Act. If they do so, 2022 will be remembered as the year American democracy began to flourish once again and Senate Democrats will be honored for their tremendous achievement.

The world will be watching.

Study Classifies U.S. Democracy as ‘Backsliding’ for the First Time

Residents in Closest Allies Have Doubts About U.S. Democracy

The World Watches the U.S. Decide the Fate of Its Democracy originally appeared on usnews.com 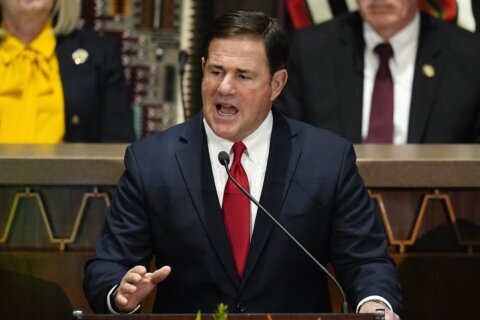