When it comes to stock picking, investors often look at broad market trends to identify types of companies to snap up. They also check in on individual company fundamentals, as well as sentiment from other investors that might take a company’s valuation far from what its fundamentals would suggest.

October’s hot stocks to buy list takes all three of those factors into consideration.

First, to the market. September’s employment situation report provided a pretty decent microcosm for the competing forces ruling the economy at the moment. It showed some job growth, but the economy added far fewer positions than expected.

That disappointment was tempered by a decline in the unemployment rate and an upward revision in the prior two months’ headline jobs increases. The report also showed that hourly earnings were on the rise.

In a nutshell, that means the economy is still improving. We’re not out of the woods yet, though, as the pandemic lingers with a significant portion of the population refusing to get vaccinated. At the same time , the economy is strong enough that demand is outpacing supply in some areas and causing prices to rise.

Further, as the nation’s economic health improves, the Federal Reserve will start tapering its bond-buying program, known as quantitative easing. That will result in higher interest rates even before the central bank officially raises its key rate.

In this environment, “reopening trades and companies that benefit from higher interest rates and inflation are the best places to be,” says Chuck Lieberman, chief investment officer at Advisors Capital Management.

The financial sector may be one of the first to come to mind when it comes to hot stocks, as banks tend to do better when longer-term interest rates rise faster than shorter-term ones. That means firms can earn more in interest on the money they lend than what they have to pay people with savings accounts or certificates of deposit.

“All of the banks suffered from low interest rates that compressed their profit margins,” Lieberman says. Rising interest rates will enable them to experience a margin rebound, he says.

Among banks, Lieberman particularly likes Wells Fargo. Shares have already jumped more than 60% in 2021 In addition to the potential upside from higher interest rates, the bank also has potential for increased profitability once the asset cap the Federal Reserve imposed on it because of its fraudulent account scandal is gone.

“Sooner or later, this asset cap will be removed, which will trigger a rise in lending and increased profitability,” Lieberman says. He expects the bank to continue to increase its dividend after slashing it last year, and he says the stock’s price , compared with its book value and expected 2022 earnings, is attractive.

As the economy recovers, so will the transportation of people and goods and the manufacturing of those goods, all of which require energy.

While the United States has made strides in renewable energy generation from wind and solar, it still relies on fossil fuels for most of its electricity, with natural gas taking the lion’s share. And whether it be by car, train, ship or airplane, our transportation is still overwhelmingly fueled by petroleum products.

That demand is helping create “a world where energy sources look to be in a supply – constrained position for the near term,” says Tavis McCourt, institutional equity strategist with Raymond James. Meanwhile, ” U.S. energy companies look to be more focused on shareholder returns than growth for the first time in the industry ‘ s history,” he says.

Amid that backdrop, McCourt points to Pioneer Natural Resources. In its most recent quarterly report, the company’s oil and gas revenues topped $2.6 billion, compared with the prior year’s quarterly sales of just $600 million. It has declared a variable dividend of up to 75% of the prior quarter’s free cash flow after deducting the base dividend paid during the quarter.

And if you’re wondering why PXD makes the list as one of the top hot stocks to buy now, look no further than it’s insane year-to-date momentum and 71% 2021 gains.

“We are witnessing strong oil demand growth as the global macroeconomic environment continues to improve, with a corresponding improvement in commodity prices,” Pioneer CEO Scott Sheffield said in a news release accompanying the earnings statement. “As a result of the improved commodity price outlook, which is expected to further strengthen our balance sheet, we have accelerated and increased our variable dividend return framework with the declaration of our inaugural variable dividend.”

Investor sentiment is a powerful force, and for good or ill, it has been magnified by the internet. Sometimes, as we’ve seen with meme stocks recently, a company’s share price might move wildly based on social media influence among retail investors.

“In the ’90s, brokers got rich selling their clients on the dot-coms,” Tuttle Capital Management CEO Matthew Tuttle wrote in a recent blog post about meme investing. “They had all the power, controlling access and information. Fast forward to COVID. Seemingly overnight, people were stuck at home in front of their computers, and things were moving. Unlike the ’90s, retail investors now had the tools to do their own analysis, they could trade for free at lightning speed, and they were connected.”

[READ: How to Pick Emerging-Market Stocks.]

He points to Lucid Group as a retail favorite. “It is larger, so retail can’t necessarily move it, but it is in EV, which is a good sector to be in right now,” he says. That’s perhaps an understatement: LCID stock is up about 125% this year.

The electric vehicle company, which has been showing up on meme stock lists, is aiming to lure drivers of established luxury brands such as Audi, Mercedes and BMW with its electric sedans, which start at $77,400.

The Lucid Air started rolling off the assembly line at the company ‘ s Arizona factory in September. Customer deliveries are expected to begin in late October, and the company says it has reservations for more than 13,000 of the vehicles.

But Lucid still has a long road ahead. Higher-end vehicles from Tesla Inc. ( TSLA) carry more brand prestige and proven customer loyalty, and will offer competition for the upstart. Tesla also has miles more manufacturing experience than Lucid. Added to that, Tesla is far from the only EV game in town.

If it can carve out a successful luxury niche in the growing EV market, Lucid ‘ s stock just might be able to accelerate more, making it one of this month’s three hot stocks you should consider buying right now.

Update 10/11/21: This story was published at an earlier date and has been updated with new information. 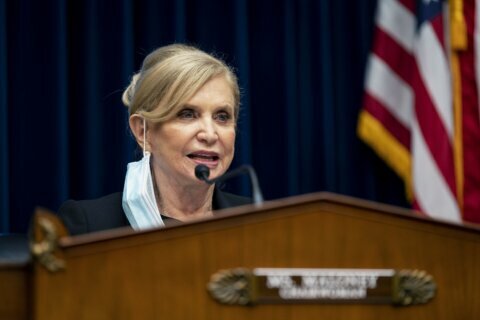