Gone are the days of getting stuck with the check at restaurants — at least for those who use a…
Listen now to WTOP News WTOP.com | Alexa | Google Home | WTOP App | 103.5 FM

Gone are the days of getting stuck with the check at restaurants — at least for those who use a bill-splitting app.

Fortunately, there’s no shortage of these apps, which make divvying up expenses easy and can be used for more than just dining out. They can help friends split vacation costs or group gifts, or assist roommates in divvying up the grocery bill, for example. Most apps work for any phone and are free or cheap to download.

Here are six of the most popular bill-splitting apps:

This app is free (although there’s a pro version for $2.99 a month or $29.99 a year), and it allows for splitting the cost of a bill among multiple people.

What if a friend doesn’t have the money for, say, the restaurant bill right now? The app will track that person’s balance, so while one or several people may actually pay for the meal on the spot, the person who still owes money can view their balance and chip away at it or pay it all at once.

This app allows you to pay the establishment via PayPal or Venmo — and if someone pays with cash, no worries. You can record that cash payment so people know that part of the bill was paid.

This app is pretty similar to Splitwise in ease of use. You may like this app better, or you may prefer Splitwise. Settle Up can work well for groups of friends (there’s no limit on how many friends) who are traveling together or an apartment full of roommates. The entire group can see their expenses and who has paid what — and who hasn’t paid their share of, say, the electric bill.

This is an app solely designed for eating at restaurants in a group — and it’s associated with the Splitwise app. The nice thing about this app (which so far is only for iPhones) is that you can fix it for the people who want to split a restaurant bill evenly, but you can also manage it if somebody is ordering cocktails or appetizers and others aren’t chipping in for those.

Tab, the app but also a word that means the amount you owe, is especially good for splitting a bill at restaurants — especially among large groups. It allows everyone to pay separately for their meal without making the server produce separate checks. You take a picture of the receipt, and the app reads the items (so nobody has to input the numbers of the order into the app). You then look at your phone and tap the items you ordered. You actually make your payment by using Venmo — which works in tandem with the app — and you can record any cash payments if someone wants to pay with cash.

You’ve got to love the tag line on the Splid website: “Split bills not friendships.”

This is a good bill splitting app for groups of friends or family members who are traveling together. You can add all of the expenses that are piling up, and then split them among your fellow companions. What’s more, you can do this in more than 150 currencies.

You can also pay more than one person. Let’s say that two people bought camping gear, but you’ve got six people on the trip. Well, the four remaining campers can then pay the two campers through the Splid app. And the app is free.

This app is also free. You simply snap a photo of the receipt — from a restaurant or a grocery store, for example — and you can quickly divvy up the expenses and then share the bill. It has a receipt organizer, which can help if you use the app a lot and want to look back at your history of sharing expenses. 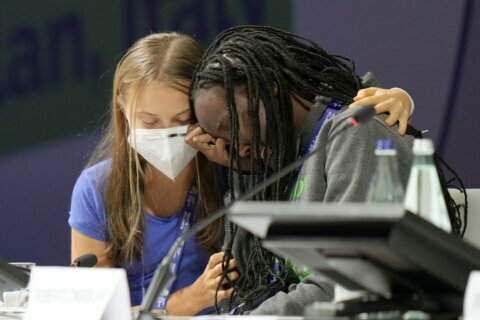