9 Upgraded Stocks to Buy in June

The S&P 500 rose higher in May and is now up around 13% year to date as investors anticipate a major rebound in the global economy this summer. The S&P is now up more than 80% from its pandemic low in March 2020. The good news for investors who didn’t buy the 2020 dip is that the U.S. economy may be in the early innings of a multiyear expansion cycle, and analysts still see plenty of buying opportunities even with the market near all-time highs. Here are nine stocks to buy that were recently upgraded by Bank of America.

Assurant is a New York-based insurance company that specializes in warranty and specialty property coverage. Analyst Grace Carter upgraded Assurant and says the company is well positioned for an increasingly connected world. Carter says the stock trades roughly in line with its property and casualty insurance stock peers, but Assurant’s capital-light model and higher return profile warrant a premium valuation. Assurant’s earnings multiple relative to the S&P 500 plummeted during 2020, and Carter says it has yet to recover to historical levels. Bank of America has a “buy” rating and a $207 price target for AIZ stock.

Lithia Motors has more than 130 new and used auto dealerships and also offers auto parts, service and financing. Murphy also upgraded Lithia following an impressive first-quarter earnings report and a $1.8 billion capital raise in mid-May. Murphy says Lithia follows the Tesla (TSLA) model in taking advantage of its premium stock valuation to raise capital to fund its growth efforts. Given its access to low-cost capital, Murphy says the company’s EPS target of $50 by 2025 may even be conservative. Bank of America has a “buy” rating and a $460 price target for LAD stock.

ViacomCBS is a legacy media leader and the parent of TV networks such as MTV, Nickelodeon, Comedy Central and BET. Analyst Jessica Reif Ehrlich upgraded ViacomCBS and says the company has “scarcity value in an industry facing consolidation.” Ehrlich says media industry consolidation could continue following the recent $43 billion acquisition of TimeWarner by Discovery Communications (DISCA). She says ViacomCBS has very attractive assets, including more than 140,000 TV episodes and 3,600 films. She says potential buyers include Comcast Corp. (CMCSA) and Amazon.com (AMZN). Bank of America has a “buy” rating and a $53 price target for VIAC stock.

Qualtrics specializes in experience management, helping companies collect and analyze customer and employee experience data. Analyst Daniel Bartus says Qualtrics reported impressive first-quarter earnings numbers and has an attractive valuation after declining 25% so far this year. Bartus says Qualtrics is a market leader in customer experience data and has an opportunity to consolidate its experience management solutions. He says Qualtrics is well positioned for 30% annual revenue growth, but investors should be aware of the risk associated with lockup expiration in July. Bank of America has a “buy” rating and a $45 price target for XM stock.

Cummins designs and manufactures engines and components for on- and off-road vehicles. Analyst Ross Gilardi says the easy money has already been made in Cummins stock, which is up more than 50% in the past year. However, Gilardi says Cummins should exceed consensus earnings expectations in coming quarters and is well positioned to increase its internal combustion engine content as auto manufacturers ramp up outsourcing. He says Cummins has potential for more than $20 in EPS during the next auto market cycle. Bank of America has a “buy” rating and a $325 price target for CMI stock.

Kosmos Energy is an oil and gas exploration and production company that owns assets in the U.S., Ghana, Equatorial Guinea and other locations. Analyst Matthew Smith upgraded Kosmos and says the company has diversified production and impressive free cash flow that can fund additional exploration. Also, Smith says Kosmos’ recent pivot to liquified natural gas differentiates the stock from many competitors. LNG demand is expected to double through 2040 as China, South Korea, Japan and other countries transition away from coal power. Bank of America has a “buy” rating and a $3.70 price target for KOS stock.

Funko manufactures pop culture collectibles, such as licensed vinyl figurines and bobbleheads. Analyst Alexander Perry says Funko is making the right move by diversifying away from its core Pop brand and expanding its total addressable market by adding additional toys, games and non-fungible token revenue. Perry says the company is already generating positive momentum with new product launches, including albums and trading cards. The company is also increasing its exposure to the sports, music and anime markets and is launching its NFT business in June. Bank of America has a “buy” rating and a $30 price target for FNKO stock.

Is Litecoin a Good Investment?

9 Upgraded Stocks to Buy in June originally appeared on usnews.com 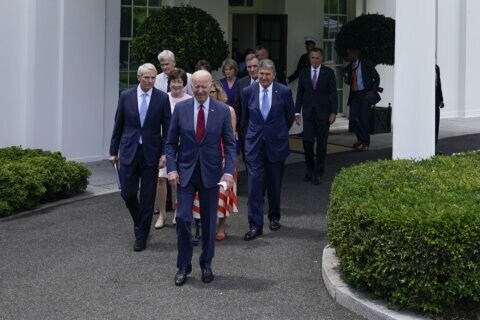