How to Take Required Minimum Distributions

After years of delaying income tax on your 401(k) and individual retirement account contributions, you must finally pay the tax bill in retirement. Distributions from 401(k)s and traditional IRAs become required after age 72, and you owe income tax on each withdrawal.

Here is how to take required minimum distributions while preserving as much spending power as possible:

— Delay 401(k) withdrawals if you are still working.

— Consider converting to a Roth IRA.

— Avoid taxes by donating your RMD to charity.

[See: How to Pay Less Tax on Retirement Account Withdrawals.]

“Waiting to take your first RMD until the following year may sound great to defer the income. However, it will increase your income in the tax year that you take both,” says Curtis Bailey, a certified financial planner and founder of Quiet Wealth Management in Cincinnati. “This could not only affect the taxable amount of your Social Security benefits but also increase Medicare surcharges.”

Delay 401(k) Withdrawals if You Are Still Working

People who are still working after age 72 can delay distributions from their current 401(k), but not IRAs or 401(k)s from previous jobs, until April 1 of the year after they retire. “If you’re still working and want to avoid RMDs from your IRAs, check to see if your company plan accepts rollovers. You could roll your IRA assets into the 401(k) and avoid the RMDs during your working years,” says Emily Benedetto, a certified financial planner for Abacus Wealth Partners in Santa Monica, California. However, employees who own 5% or more of the company sponsoring the plan must start 401(k) distributions after age 72, even if they are still working.

A required minimum distribution amount is generally calculated by dividing your account balance by an IRS estimate of your life expectancy. If you have a spouse who is more than 10 years younger than you and the sole beneficiary of your IRA, your spouse’s age must also be factored into the calculation. Retirees can withdraw more than the required minimum amount each year, but excess withdrawals will not count toward required distributions in future years. You can take any number of withdrawals throughout the year, as long as the minimum is met by Dec. 31 (or April 1 for the first distribution).

If you have several IRAs, you must calculate the required minimum distribution for each account, but you don’t have to take a separate withdrawal from every IRA you own. You can add up your IRA distributions and take it all out of one IRA or a combination of any IRAs you choose.

“If you had different investments across your accounts, that would be the case where I’d look closer at the holdings and determine the most efficient distribution plan,” Benedetto says. “For example, if you had a particular holding that you didn’t want to sell, you could avoid liquidating it and distribute from a different account.”

Those with a 401(k) or most other types of workplace retirement accounts must take a withdrawal from each account. However, if you have multiple 403(b) accounts, you can total the required minimum distributions and take them from any account or combination of accounts.

Convert to a Roth IRA

There are no minimum distribution requirements for Roth IRAs. You already paid income taxes on Roth IRA contributions, and the money can be withdrawn as you need it or can be passed on to heirs.

“If you know you’ll be in a low tax bracket in the years preceding age 72, you can convert a part of your pretax IRA and pay very little tax on the conversion,” Benedetto says. “That money will then get invested in your Roth IRA and avoid any future RMDs.”

Roth 401(k)s do have withdrawal requirements in retirement, but you can avoid having to take required minimum distributions if you roll the funds over to a Roth IRA. Having both Roth and traditional retirement accounts can add tax diversification and flexibility to your retirement draw-down strategy.

You can avoid paying income tax on your required minimum distribution if you donate the amount directly from your IRA to a qualifying charity. “If you are charitably inclined, starting at age 70 1/2 and after, you can meet your RMD and donate to charity without any impact on your taxes,” says Megan Kopka, a certified financial planner and founder of Kopka Financial in Wilmington, North Carolina. A qualified charitable distribution can only be made from an IRA, not a 401(k), and there’s a limit of $100,000 ($200,000 for couples) per year.

Are Your Retirement Savings Ahead of the Curve?

10 Ways to Reduce Taxes on Your Retirement Savings

How to Take Required Minimum Distributions originally appeared on usnews.com

Update 05/17/21: This story was published at an earlier date and has been updated with new information. 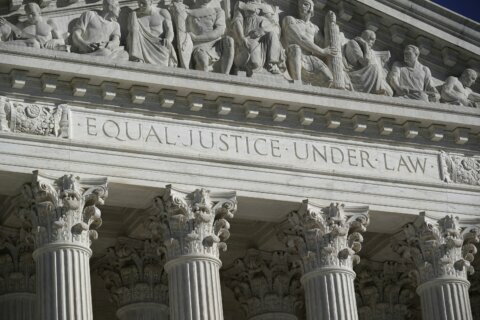