After several years at No. 2 and one at No. 3 since the inception of the Best Countries report, Canada…
Listen now to WTOP News WTOP.com | Alexa | Google Home | WTOP App | 103.5 FM

After several years at No. 2 and one at No. 3 since the inception of the Best Countries report, Canada finally climbed to the No. 1 spot in the sixth edition of U.S. News & World Report’s annual rankings released on Tuesday.

The North American country ranked first in both the Quality of Life and Social Purpose subrankings, meaning that it is seen as a stable and safe society in which individuals can develop and prosper, and is open, fair and equitable. Most of the countries that ranked highest for 2021 come from Western Europe. But Australia, New Zealand and Japan — which is ranked No. 2 overall — also appeared in the top 10.

The Top 10 Countries in the World:

The report — formed in partnership with BAV Group, a unit of global marketing communications company VMLY&R, and the Wharton School of the University of Pennsylvania — is based on a survey that asked more than 17,000 people from four regions to assess perceptions of 78 countries on 76 different metrics. Three new countries — Cambodia, El Savador and Uzbekistan — are included in this year’s report.

U.S. News introduced new data categories and attributes this year, reflecting a world that is much different than it was a year ago. After more than a year of a global pandemic, the Best Countries team added the Agility subranking, which has the following attributes: adaptable, dynamic, modern, progressive and responsive. The Agility subranking carried the greatest weight in producing the overall rankings, reflecting a world where countries, businesses and individuals that are responsive and adaptable will be rewarded.

The crisis of the past year presents unique challenges for the world moving forward. U.S. News explored how the global economy will recover from the coronavirus pandemic. While Canada performed strongly in the survey results, the team also explored its problematic treatment of First Nations people in administering the COVID-19 vaccine.

The United States, coming off a contentious presidential election and now entering its second year of the pandemic that has killed more than 500,000 people in the country alone, moved up one spot in the rankings this year but just barely missed the top five. The Best Countries survey was conducted after the U.S. presidential election.

How the U.S. sees itself is far different from how the rest of the world sees it. Only 52.5% of those surveyed agreed that the country is a “good role model in a functioning democracy.” More than 66% of Americans, on the other hand, agreed with that statement. As part of the rankings report, U.S. News investigated whether the attempted insurrection at the U.S. Capitol on Jan. 6 affected America’s image in the eyes of the rest of the world, and why the nation — which ranked near the bottom for the racial equality metric — can’t overcome its original sin of slavery and other injustices.

Much of global public opinion of the U.S. could be tied to the previous administration of President Donald Trump. Only about one-third of people polled in a September 13-country survey from the nonpartisan Pew Research Center said they have a favorable view of the U.S. And just 1 in 6 people surveyed said they have confidence in the now-former president.

“What we saw during Trump’s presidency is that he got overwhelmingly negative ratings around much of the world, and that had a real impact on what people think of the United States as a whole,” says Richard Wike, the director of global attitudes research at Pew Research Center. “People basically didn’t like the fact that he was pulling the U.S. out of international commitments and putting up barriers between the U.S. and the rest of the world in different ways.”

Wike adds that the country’s handling of the coronavirus pandemic “also hurt our image within the last year or so.” But he notes that since President Joe Biden was elected last year, perceptions appear to be improving. A Pew survey released in January found that people polled in France, Germany and the United Kingdom had “much more positive” reviews of Biden compared to Trump.

“They expected relations with the U.S. to improve under Biden,” Wike says. “They had a lot of optimism as far as his policies, in terms of foreign policy, climate change, dealing with the pandemic — they felt like the U.S. was going to get better on all those fronts.”

Respondents in that survey, however, did also express some concerns regarding the health of democracy in America, Wike adds. Another Pew survey released on March 31 found that about two-thirds of adults in the U.S. believe their political system needs major changes or needs to be completely reformed. Concerns about political corruption in the country were also “especially widespread,” according to the report.

The 10 Lowest-Ranked Countries in the World:

China falls two positions from 2020 to No. 17 overall. The country has faced criticism over its opaqueness about the origins of the coronavirus and its human rights record, as well as being in contentious trade talks with the U.S. But this hasn’t stopped its perceived rise in power: China overtook Russia to become the No. 2 most powerful nation for 2021, just behind the United States. China also ranked No. 1 for the new “has strong exports” attribute.

The newly renamed Social Purpose subranking is mostly populated by European countries. But Australia, Canada and New Zealand also appear in the top 10. New Zealand, a country recognized for managing the COVID-19 pandemic, improved particularly well compared to 2020, moving up four spots on the overall list and performing strongest in the Social Purpose category, including within its environment and racial equity metrics.

U.S. News also explored the related policies implemented in countries that received strong scores for gender equality by perception. About 68% of survey respondents agreed with the statement, “countries led by women tend to be better managed.” More people in the Middle East and Africa and Asia regions agreed than those surveyed in Europe and the Americas.

Elsewhere in the rankings, Japan placed No. 1 for the Entrepreneurship list and in the top 10 for Cultural Influence, Power, Agility and Movers. Switzerland — previously the best country overall — was No. 1 in the Open for Business sub-ranking this year. The U.S. ranked No. 1 in the new Agility ranking, followed by Australia, Canada, Germany and Singapore. This new sub-ranking category — which measures the adaptability and responsiveness of a country — was the best driver of per-capita gross domestic product compared to all other metrics analyzed in the report.

To learn more about how the 2021 Best Countries rankings were formed, read here. 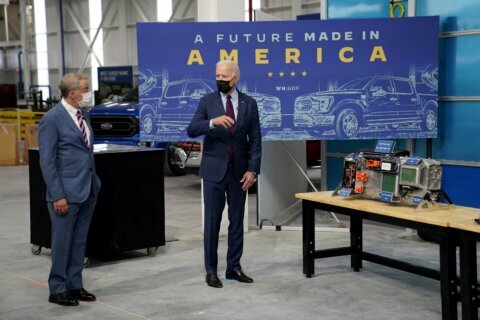