Whether you were born and bred in Chicago or are moving to the third-most populous city in the U.S. for…
Listen now to WTOP News WTOP.com | Alexa | Google Home | WTOP App | 103.5 FM

Whether you were born and bred in Chicago or are moving to the third-most populous city in the U.S. for the first time, know that the housing market both echoes national trends and deviates from them. Chicago’s neighborhoods range dramatically from the densely populated urban core to quiet residential streets, from shopping districts to hubs largely populated by college students.

If you’re looking to buy, sell or rent a home in Chicago or its surrounding suburbs, it’s best to know what to expect before you get started.

Here are seven things you should know about the Chicago housing market:

— Prices are rising, but not unsteadily.

— Outside of downtown, buyer competition is fierce.

— If you’re considering the suburbs, look for small downtowns.

— People from pricier metros see Chicago as ideal for investment.

Prices Are Rising, But Not Unsteadily

Like much of the rest of the country, the Chicago metro area is seeing rapid and positive price growth for homes, but at a slower climb than smaller metro areas.

The median home price for the Chicago primary metropolitan statistical area was $270,000 in February, a 12.5% increase from February 2020, according a report from the Regional Economics Applications Laboratory in the Institute of Government and Public Affairs at the University of Illinois, published on March 22. For the entire state of the Illinois, the median home price was lower at $226,983, a 14.1% increase compared to the prior February.

In both the Chicago metro area and in the state of Illinois, fewer homes were sold in February compared to the year before, according to the report. A contributing factor to both fewer sales and rising prices is the inventory of homes on the market is currently very low — as many homeowners aren’t interested in selling now, and construction of new homes isn’t keeping up with the number of new buyers on the market.

Even with rapidly rising prices, there’s little expectation for runaway prices that go well beyond a home’s appraised value, says Todd Szwajkowski, a real estate broker and president of SwakeGroup at Dream Town Realty in Chicago as well as president of the firm’s LGBT client services division. Key to getting buyer interest is listing it at the right price.

Outside of Downtown, Buyer Competition Is Fierce

Part of what’s keeping the Chicago metro area’s numbers more conservative than other parts of the state is its densely populated downtown area, which has been markedly quieter in terms of homebuyer and renter activity during the COVID-19 pandemic.

In the more residential neighborhoods and smaller condo or apartment communities, however, the competition is fierce. “I don’t see crazy spikes in values, but we put something on the market, host an open house that weekend and then it has multiple offers,” Szwajkowski says.

Buyers looking in neighborhoods where houses, townhouses and small condo buildings are common should prepare to have to compete with other bids. Be ready to put in an offer as soon as you see a property you like.

If you’re looking for a deal relative to what the cost of housing would be otherwise, consider the apartment buildings and condo communities in the heart of downtown. The COVID-19 pandemic saw many people living in studio apartments and tall buildings that required lengthy elevator rides seeking more space and less required interaction with people outside their own household.

“Those areas that are dense, high-rise type living, a lot of people have moved out of there,” says Scott Modelski, managing director for Black Bear Capital Partners in Chicago, a boutique commercial real estate capital markets firm.

If you’re comfortable with a smaller footprint for your personal space, take advantage of the deals property managers may be offering to help fill vacancies in these buildings, from a month of free rent to a waived amenities fee. Like much of the country, of course, these offerings in more densely populated parts of the city aren’t expected to last forever.

[Read: How to Make Moving With Your Cat or Dog a Success]

One trend for Chicago area homebuyers in 2021 that’s also reflected nationwide is the desire for space — more rooms for a home office or virtual classroom and outdoor space that makes it easy to enjoy the outdoors privately.

“I’m hearing that from people constantly,” Szwajkowski says. “Their lives have changed — it’s so much more home-centric now. And I think that can change a little, but not completely.”

While it’s likely more employers will offer flexibility between remote and in-person work in the future, after the prolonged period of remote work for many office jobs throughout the country, you can expect people to be attracted to more densely populated areas again at some point.

“A lot of folks think that it’s predicated all on jobs,” Modelski says. “To me, I think it’s more predicated on restaurants (and) night life. … I think that’s more of a factor than jobs opening back up to live in the urban core.”

If You’re Considering the Suburbs, Look for Small Downtowns

If you want to live farther from downtown and even outside the city of Chicago, you can find the most popular spots by looking for a small downtown that makes the suburb more self-sustaining, Modelski explains. Especially as people are expecting to travel into the office less often in the future, a suburban downtown can offer the community amenities a person wants without the added density and traffic of the city.

But don’t expect a lot of new housing to become available in those spots — Modelski says multifamily development is limited in the outer reaches of the metro area, and it takes longer, too. “We’re seeing some development in the suburbs, but I think it’s not as quick of a process as in the city. There’s not a lot of great sites for development, especially in the desirable suburbs,” he says.

[Read: 8 Red Flags to Help You Spot a Rental Scam.]

People From Pricier Metros See Chicago as Ideal for Investment

Szwajkowski says growing interest from out-of-town investors has become apparent as recently as February — they haven’t necessarily invested in real estate before, but see the advantage and otherwise can’t afford to invest where they live, like Los Angeles or San Francisco.

Even for would-be investors looking for a home in Chicago, a duplex or three-flat building are common enough in the city to make an investment, live in one of the units and make rental income at the same time. As long as you’re comfortable with taking on the additional work of managing rental properties, it could be a feasible first step to real estate investment in the area.

How to Decide Where to Live 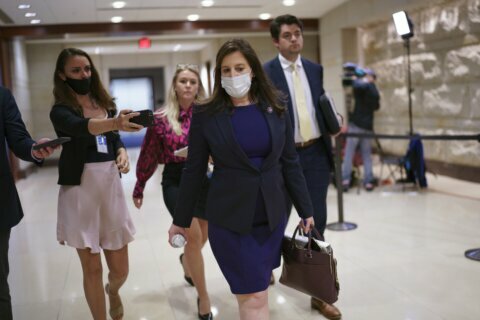