Q&A: David Dali of Matthews Asia on the Future of International Investing

CHINA IS INCREASINGLY SHAPING the global economy and the economic landscape. As its sphere of influence grows, the question for…
Listen now to WTOP News WTOP.com | Alexa | Google Home | WTOP App | 103.5 FM

CHINA IS INCREASINGLY SHAPING the global economy and the economic landscape. As its sphere of influence grows, the question for investors becomes whether or not their previous portfolio allocations to emerging markets will still suffice. Should they be reallocating more of their portfolio to this growing behemoth?

To learn more about China’s future on the economic stage, we spoke with David Dali, head of portfolio strategy at Matthews Asia. Dali shares his thoughts on China’s growing influence and how investors should be approaching their international and emerging markets exposure if they still want the returns they’re accustomed to.

Here are edited excerpts from that interview.

How is China influencing the economic and political landscape post-pandemic?

China is going to influence the economic and political landscape the same way they did prior to COVID-19. There are two primary ways China has done that: First, China has clearly become the new geographic epicenter of growth within the emerging markets. Initiatives such as “One Belt, One Road,” and the liberalization of financial markets truly reach beyond Asia into Europe and right into the heart of the EU itself. We believe this influence is literally just beginning.

So, those are the two primary ways: the epicenter of growth and now the fate of many emerging market countries are now in China’s hands.

What does this mean for the future of investing?

The international equity asset class is forever changed in terms of opportunities and influence. I believe that the rise of China in terms of economic and capital development has literally created a second sphere of influence in global equities. One sphere continues to be and will continue to be the United States, but the second sphere of influence is moving east from what was traditionally Western Europe into Northern Asia, and it’s moving faster than what most investors can appreciate.

North Asia — which is hubbed by China but supported by Japan, Korea and Taiwan — is now the second dominant region in terms of opportunity in equity investing. It’s not just the dominant region in terms of size or growth of their economies or the expansion of capital markets; it’s also a dominant region in ‘new economy’ growth like wealth creation and discretionary spending, health care and innovation, digital platform communication and consumption. I would go as far as to say that China and North Asia is the new second hub of innovation alongside the United States.

The second thing it means is that investors will need to discriminate heavily. Not all emerging markets are created equal, as we know, but the dispersion of quality and opportunity is actually widening. There’s a huge dispersion now in the potential for innovation and growth.

Can we expect international benchmarks like the MSCI EAFE Index to still deliver?

Investors need to adjust their expectations for EAFE. I believe that U.S. investors deploy cash outside the U.S. for two primary reasons: either to get exposure that they can’t easily get within the United States, or in hopes of finding excess growth and excess return. In general, we happily accept a little higher volatility for the potential for higher growth and higher returns.

EAFE provides neither excess diversification nor excess growth. If you look at a style chart of EAFE, you quickly realize EAFE is not a growth index at all. In fact, where EAFE is today, it’s closer to a core value index than a core growth index. I also believe that anything you find in Europe in terms of sector diversification, you can find inside the United States.

The MSCI Emerging Markets Index is almost equally unimpressive when it comes to excess growth. That typically shocks investors because a lot of investors go to emerging markets in hopes of finding that growth. The reality is that in 2010, the 10 largest, richest countries in the emerging markets — countries like Brazil, Mexico, Russia, Turkey, South Africa, Taiwan, Hungary, Poland and Malaysia — were growing at 6% per year on average. Today, those 10 countries are growing at 2% to 2.5% annually. So, the bottom line is that if investors want their international allocations to deliver, they need to seek growth intentionally.

If you want your international benchmarks to deliver, investors can do better. They can do better within EAFE. For example, Japan is about a third of EAFE, and Japan has outperformed EAFE in the one-, three-, five- and 10-year periods. So one way an investor could improve their international allocation is to focus more on Japan.

Secondly, within emerging markets, I also believe investors can do better. Growth has been a better investment than value and Asia has outperformed Latin American and Eastern and Central Europe. So if you’re going to invest in emerging markets, at least get the Asia part right. It’s now almost 80% of the emerging market universe.

What is driving the slower growth in emerging markets?

The leadership is changing. Back when I started almost 30 years ago, telecommunications was popular and export-driven companies in commodities, materials and energy were the big drivers of growth. Well, today it’s new economy stocks. It’s companies that are focused on health care, technology and innovation and discretionary companies.

Those types of innovative companies have shifted to East Asia, toward the Chinas, Koreas and Taiwans of the world, away from traditional emerging markets. I wouldn’t say that growth in emerging markets is dead, it’s actually quite the opposite. It’s just shifting east, and investors need to realize that. The benchmark has shortcomings and may not provide what you might have been looking for.

Where can financial advisors turn to capture sustainable growth within international allocations?

I believe investors allocate outside the U.S. for two primary reasons: One is to differentiate exposure and the other is to find growth. Growth is becoming difficult to find. Traditionally, investors in the U.S. have used EAFE and emerging markets in the hopes of finding growth. Not only are EAFE and the emerging market benchmarks lacking in growth, but the effects of COVID-19 and the process of economic and financial recovery also complicate our options. So what are investors supposed to do?

Three things financial advisors can do to capture structural growth include, first, acknowledging that the sphere of influence of international equities is moving east. I think that’s a very big deal and that’s not something we’re accustomed to.

Secondly, if you plan to invest in emerging markets, intentionally seek growth and get the Asia part right.

Third, seriously consider a dedicated allocation to the second-largest and fastest-growing economy, which is China.

We’re all significantly underweight (on) the second-largest, fastest-growing economy in the world. To put it another way, let’s say you allocate 10% of your equity exposure to emerging markets; China is about 40% of that index. Therefore, backhanded math says you’re only allocated about 4% to China versus maybe 65% to 75% to the United States. In my opinion, we could all benefit from a rethink of our international exposure toward where growth may come from during the next five to 10 years.

Does this mean we need to shift away from passive EM exposure?

The emerging market benchmark is certainly filled with shortcomings. It’s still quite heavy in value-oriented securities. Companies focused on materials, energy and financials, as opposed to new economic growth areas like health care and innovation, technology and consumer discretionary.

The benchmark does not emphasize the size of the consumer base in Asia, which is a huge and growing intangible asset.

Investors could do themselves a service by considering active for at least part of your exposure in the emerging markets and Asia. In my preferred emerging market exposure, I actually have both: I have some passive exposure for that cyclical value exposure that I don’t want to pay more than ETF-like fees for, then I go to an active manager for the new economic growth that the benchmark lacks.

What are your predictions for the rest of 2020?

And lastly, if you add lower geopolitical drama, which we think is actually going to unfold, and a mild reversal of significant underweights by investors in those asset classes, the stars are beginning to line up for another period of emerging market and Asia outperformance relative to the developed markets.

Q&A on How Financial Firms Should Adapt Technology Post-Pandemic

Q&A: David Dali of Matthews Asia on the Future of International Investing originally appeared on usnews.com 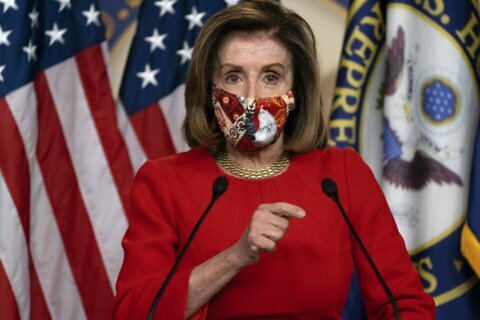