EXPLAINER: The unprecedented early voting, and what it means

The early birds represent 74.3 percent of the total turnout in the 2016 election. A tally by The Associated Press shows the early vote in several states, including hotly-contested Texas and Arizona, exceeded the total vote of four years ago. In Kentucky, nearly 13 times as many voters cast their ballots early this year than in 2016.

Some people wanted to avoid long lines and crowded polling stations to avoid contracting the coronavirus. Others liked the convenience of voting by mail or dropping their ballot in an official collection box. Many states also have changed regulations to facilitate voting by mail, or at early voting polling places. And some just were eager to cast ballots in the matchup between President Donald Trump or Democrat Joe Biden.

Every state offers the opportunity to cast early ballots — some by mail, some by person, some both. When those votes are processed and tallied varies by state. Some are tallied before Election Day, on Election Day when the polls open or close or not until after Election Day.

High numbers of early votes could mean it might take longer to get results. Some states let election clerks get a head start in verifying early votes. But in some of the key presidential battleground states, clerks aren’t allowed to do that, or they are given a limited time to do it, which will slow the count. 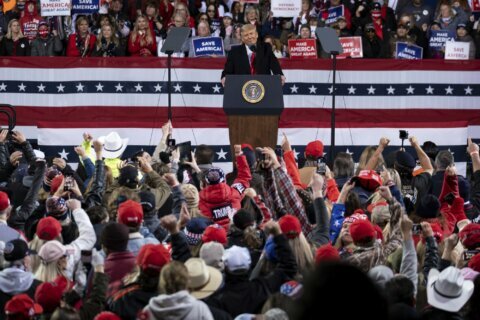