Is Your School’s Air Quality a Risk Factor for COVID-19?

When ventilation comes up on the school board agenda, that’s usually the cue for most listeners to doze off or…
Listen now to WTOP News WTOP.com | Alexa | Google Home | WTOP App | 103.5 FM

When ventilation comes up on the school board agenda, that’s usually the cue for most listeners to doze off or check their text messages — except in 2020, when the topic has become a life-and-death concern for every family with a kid in school at any grade level.

Good ventilation — keeping indoor air fresh by cycling through enough outdoor air — is always important for keeping toxins and airborne pathogens from building up inside, and never more so than now. Poorly ventilated interiors, from restaurants to office buildings, are associated with outbreak after outbreak of COVID-19, which is spread from person to person via tiny droplets of moisture breathed into the circulating air. While larger droplets fall out of the air quickly, there’s increasing evidence that the virus can spread via aerosols — droplets small enough to remain airborne for a long time.

Every parent knows how many colds their kids bring home during a school year, but this year it’s not just colds. School opening schedules are in chaos as administrators strive to figure out how, or even whether, they can whip their often-neglected heating, ventilation and air conditioning infrastructure, or HVAC, into shape so that poor air flow doesn’t help spread COVID-19 infection among students, teachers and their families. Many districts are turning once again to remote learning rather than take the risk, and a growing list of colleges and universities are doing the same.

A third of K-12 schools — up to 36,000 school buildings in the U.S. — have sub-par ventilation systems and need upgrades, according to a report issued in June by the Government Accountability Office. This state of affairs will not surprise many parents, especially in districts with 20th-century or even 19th-century buildings that swelter in August and always smell a little stale. More than 40% of school districts need major HVAC investments in at least some of their schools. Many don’t have the money — upgrades can cost millions — and at this point they don’t have the time to get the job done before the beginning of the star-crossed 2020-21 school year.

Even when systems are reasonably current, most schools have work to do — making sure filters are adequate, vents aren’t blocked and systems are working the way they’re designed to. The American Society of Heating, Refrigerating and Air-Conditioning Engineers — ASHRAE for short — has a task force for COVID-19 that recently issued a detailed instruction manual and checklist for school reopenings. The recommendations are designed to bring schools up to the organization’s standard for acceptable indoor air quality (ASHRAE standard 62.1, for the technically minded). Building codes often specify ASHRAE standards for HVAC systems.

U.S. News talked with Corey Metzger, Schools Team Lead for ASHRAE’s Epidemic Task Force and a consulting engineer whose company helps school districts, colleges and universities execute HVAC projects large and small. He says the GAO has, if anything, underestimated the number of schools whose systems need major air-handling upgrades. Though he hasn’t decided for sure, he’s leaning toward sending his own kids, ages 7 and 10, to school in September (in a relatively new building in Ames, Iowa). His company has done work for the school district so he’s in a better position than most to evaluate the ventilation in his children’s school, and he is comfortable that it will function as it should. Below, we share some of his edited insights for parents who can’t do the same.

Q: Why are so many school ventilation systems not up to par?

There can be a lot of reasons. The things that drive being able to control temperature tend to get the most focus. It’s very common to find building systems where an outside air damper (the valve or plate in an air-handling system that opens and closes to control air flow) has been closed off or the actuator (the interface between the control system and the damper) is not operating. Someone might have blocked the damper intentionally as a temporary fix. I understand the challenges that someone faces maintaining a school. They say, ‘We’ll cover it up and fix it later.’ And then later never comes.

Schools have a strong focus on saving energy because their energy costs come from the same bucket of money that pays teachers or buys computers. If they can cut those costs, they can pay more teachers or buy more computers. Attempts to save energy (by blocking outside air flow to keep warmed or cooled air inside) can have an impact on indoor air quality.

A smaller district may have one person responsible for two or three buildings who doesn’t have a technical background. They may have started in custodial services or transportation. I don’t want to sound critical of those folks, but their jobs aren’t easy.

Q: What kinds of costs are schools facing for getting their air-handling up to safe standards for COVID-19?

That really depends. A newer facility with systems built in the last four or five years might just need to upgrade its filtration, which might cost 50 cents per square foot or less if the units are already designed to use that level of filtration. If you have a building that’s 75 to 100 years old that has radiator heat and you want to put in cooling and more efficient ventilation, that might be $30 to $50 a square foot. It’s a lot of money — there’s no question about it. And for districts that might be consolidating or losing population, how do you justify putting that kind of money into a building? (Note: School building sizes vary widely. An elementary school might be 80,000 square feet or less, and a large high school might be 1 million square feet or more.)

I consulted with a small school district in Iowa that just has steam heat. There’s no ventilation to the classrooms. We worked hard to find them a low-cost solution, and came up with a way to get them ventilation and heating and dehumidification for $1.2 million. They elected not to move forward. I’m sure there are hundreds, if not thousands, of schools with that exact scenario.

Q: Assuming the money were there, how long would it take to get all schools properly ventilated?

It will take years. Typically there’s a three- to six-month design period, then a month or two of bidding and then a year or two for construction. A lot of this work gets done over summers.

Q: What about just opening the windows?

Newer buildings designed to be air-conditioned and dehumidified may not have operable windows, to make them as energy-efficient as possible. Operable windows in those types of buildings can let in humidity and that can lead to mold or other concerns. We can see those problems even when they shut their systems off for the summer and moisture builds up.

A lot of older schools have operable windows. Putting a box fan in a window is better than having no ventilation. You can use two box fans, one at each end of the room. One pulls outside air in, and the other pulls inside air out. It’s not ideal but that’s what I’d recommend in a district that’s intending to open regardless. Portable HEPA filtration units might be an option for cleaning the air. They do a good job, but they are loud — so loud that the teacher might end up turning them off. None of these things are an ideal scenario, but Iowa is mandating that schools have to offer 50% of instruction in person, regardless of ventilation.

Q: What questions should parents ask their school system about air-handling for COVID-19?

First, do they have adequate ventilation according to either the local building code or ASHRAE standard 62.1? Depending on building occupancy levels, it should be 350 to 450 cubic feet per minute of outside air.

And second, how are they verifying that? They might have a modern system that’s designed for that level, but just because it says on paper that a system is supposed to work a certain way, that doesn’t mean it is working that way. Maybe the system wasn’t set up quite right, or a damper isn’t opening the way it’s supposed to. There are independent verification services that a building owner can hire to make sure things are working correctly.

If they don’t have adequate ventilation, what are they doing to make up for it? Are they looking at upgrading filtration, or using portable air cleaners or germicidal radiation?

And no matter what else they are doing, are they mandating masks and social distancing? I’d be very concerned if they weren’t.

Q: Do colleges and universities have different issues from K-12 schools?

They have to deal with a larger number of facility types, though they have the same issues with aging buildings. They may have slightly better maintenance policies than a smaller school district, and they may have people on staff who know those buildings inside and out. On the other hand, elementary and middle schools can limit cohorts and keep kids in the same spot for the day. You can’t tell a 19- or 20-year-old what to do.

And when people donate money to a college, they don’t do it for air-handling units. It’s not uncommon to find facilities badly in need of upgrades.

Q: Is there a silver lining to COVID-19, from a ventilation standpoint?

I believe it’s going to shine a spotlight on ventilation issues. It took something like this to bring the level of concern that would be necessary to do something about it. There’s no question that students do better in facilities that are adequately ventilated. Their brains work a little better, and they’re less likely to be absent due to illness. Quantifying that is easier in an office: You can see that everyone is 2% more efficient and there’s a salary you can measure against. In a school it’s harder, and when there isn’t a global pandemic, we can’t spend money to upgrade the building if we can’t quantify the benefit.

Coronavirus Prevention Steps That Do or Do Not Work

What Weakens the Immune System?

Is Your School?s Air Quality a Risk Factor for COVID-19? originally appeared on usnews.com 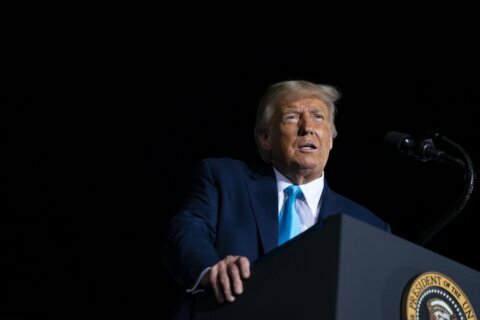 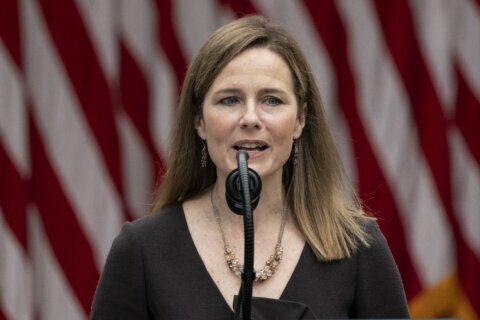