It’s late at night and your child is complaining of an earache. You suspect it’s an ear infection, and all…
Listen now to WTOP News WTOP.com | Alexa | Google Home | WTOP App | 103.5 FM

It’s late at night and your child is complaining of an earache. You suspect it’s an ear infection, and all you want to do is make your little one feel better. Is it OK to try home remedies for ear infection concerns?

“This is a challenging question because the answer depends on how severe the infection is,” says Dr. Douglas Hildrew, an assistant professor at the Yale School of Medicine and an otolaryngologist who specializes in otology, neurotology and skull-base surgery. “Certainly, the safest thing to do is to always see a physician if you have an ear infection.”

Hildrew adds that in some cases, home remedies can ease symptoms and may be all that is necessary. That’s because many ear infections don’t require any treatment, as the body’s immune system can often fight off the infection within a few days. However, it’s crucial to monitor symptoms closely. A high fever and other serious symptoms need prompt medical attention.

The three main types of ear infections are distinguished by their locations: the middle, outer or inner parts of the ear.

— Otitis media is an infection of the middle ear and is the most common type of ear infection, affecting about 80% of children up to age 5. It can be triggered by a virus or bacteria and often follows a bout with a cold or upper respiratory infection that causes mucus to build up in the Eustachian tube, which runs from the back of the nose to the middle ear. In children it is small, narrow and a bit horizontal, which allows fluid to pool and cause infection. Enlarged adenoids (infection-fighting tissue in the nasal cavity) can also cause middle ear infections.

— Otitis externa, also known as “swimmer’s ear,” is an infection of the outer part of the ear. It’s usually a bacterial infection, though it’s sometimes fungal in origin. It’s called swimmer’s ear because it often develops when moisture remains in the ear canal after swimming or bathing, allowing bacteria to grow there.

— Labyrinthitis is an infection of the inner ear’s fluid-filled tubes and sacs in a part of the ear called the labyrinth. It’s the least-common type of ear infection and is usually viral, not bacterial. When present, it can cause significant hearing loss.

Though people at any age can develop ear infections, they’re much more common in children. An estimated 5 out of 6 children will have at least one ear infection before the age of 3. “By the time someone becomes an adult, their Eustachian tube is positioned more at an angle and typically an individual’s adenoids have disappeared, so adults do not get as many ear infections as children,” explains Dr. Vanessa Rothholtz, an otologist in Beverly Hills, California, and a faculty member in the Otolaryngology-Head and Neck Surgery Residency program at Cedars Sinai Hospital.

Rothholtz notes, however, that recurrent ear infections in adults should prompt a visit to the doctor to rule out blockages in the Eustachian tube.

The main symptom of an ear infection is ear pain. Other common symptoms can include:

— Fever, especially in young children with a middle ear infection.

— Drainage from the ear canal.

— Redness or swelling, which typically indicates an outer ear infection.

— Dizziness or hearing loss, usually a signal of labyrinthitis.

If you or your child develops any of these symptoms, you may wonder whether to rush to the doctor or attempt home remedies for ear infection. It’s a bit of a judgment call. The Centers for Disease Control and Prevention advises that in mild cases, you should consider a period of “watchful waiting” for two to three days.

“Most middle ear infections can clear by themselves, without the use of antibiotics,” says Dr. Tiffany Jumaily, an integrative pediatrician in Studio City, California. “It is safe to wait a few days prior to starting antibiotics to allow the body the opportunity to fight the infection. If there continue to be fevers and ear pain after three days, it is important to see a doctor to ensure that the infection is not worsening.”

In addition to worsening symptoms, the following should also prompt an immediate visit to your doctor or an urgent care center:

— Pus or discharge from the ear.

[See: On a Scale From 1 to 10: Most Painful Medical Conditions.]

Whether you’re trying “watchful waiting” for a few days or you’re doing what you can to ease symptoms until you get to the doctor, consider the following home remedies for ear infection:

— Warm compress. A warm compress or heating pad on a low setting can provide some pain relief, Hildrew notes. Some people find greater relief from a cool compress, such as an ice pack wrapped in a thin towel. Try both to see which is most effective.

— Over-the-counter medications. “The most effective home remedy for ear pain is to alternate between taking acetaminophen (Tylenol) and ibuprofen (Advil),” Hildrew recommends. Be sure to read the labels carefully so that the dosage and timing of these over-the-counter medications are safe and effective for the person in pain. If you have any questions, consult with a pharmacist or physician.

— Ear drops. Common household products, such as vinegar or olive oil, can be used as drops to accelerate healing or to relieve ear pain. “Bacteria struggle to live in an acidic environment, so lowering the pH of your ear can be an effective strategy for treating an outer ear infection at home,” Hildrew says. “Since vinegar is acidic, applying two to three drops of distilled white vinegar into the affected ear once or twice a day can be an effective treatment strategy.” He adds that a few drops of warm olive oil may help relieve pain, though it won’t help fight the infection.

— Drying out the ear. “Drying the ear out can be tremendously effective in treating an outer ear infection,” Hildrew says. “For thin, watery drainage, one can use a hairdryer on the ‘cold air’ setting for a few minutes at a time in order to assist in evaporation of the watery drainage.”

— Change sleep position. When the affected ear is pressed against the pillow, the pressure can make ear infection pain worse. Just turning over can give some relief to a sore ear and ease some of the pain.

When you’re desperate to ease ear pain, you may be willing to try almost any home remedies for ear infection. But there are some easily avoidable mistakes that can make the situation much worse.

“We don’t want to be instilling vinegar into the ear if the eardrum is ruptured,” Jumaily says. “We do not want the vinegar ear drop to enter the middle ear space. If there is concern that the eardrum might be ruptured, it is important to seek medical attention.”

Another risk: placing a cotton ball or tissue into the ear canal. “While it is OK to place a cotton ball on the outside of the ear to catch drainage, one should always avoid placing anything inside of their ear,” Hildrew warns. “Similarly, neither physicians nor the manufacturers recommend the use of Q-tips in the ear. The skin inside of the ear is very thin, and placing any foreign object into an ear creates the opportunity for a tear of the ear canal or ear drum, followed by an infection and possibly hearing loss.”

If you have any questions about trying a home remedies for ear infection, talk with your doctor or your child’s pediatrician first.

Ways to Boost Your Immune System

On a Scale From 1 to 10: Most Painful Medical Conditions 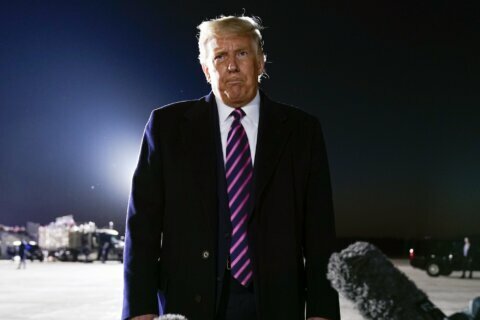