Stocks fell on Tuesday, pulling back after a generally upbeat start to the week. The virus’ recent U.S. resurgence has thrown into doubt many of the rosier predictions for a V-shaped economic recovery, and the prospects for an inelegant, gradual return to normal seem to be growing.

Worrisome trend in the Midwest. Dr. Anthony Fauci, director of the National Institute of Allergy and Infectious Diseases, said Tuesday that he was seeing troublesome indications from testing results that could indicate the beginning of a new outbreak creeping into the Midwest.

A growing positivity rate on tests in states including Ohio, Indiana, Kentucky and Tennessee is a warning sign that could indicate a new wave of the virus beginning in those parts of the country, underscoring the need for precautions, he said.

Starbucks unprofitable? Yes, you read that correctly. The world’s largest retail coffee chain actually lost money last quarter. Hit by store closures and costs related to the pandemic, the company posted an adjusted loss per share of 46 cents last quarter, compared to a profit of 78 cents per share a year ago.

The net loss came out to nearly $680 million for the same three-month period that saw Starbucks (ticker: SBUX) net a $1.37 billion gain just a year earlier. The company expects this to be a blip, forecasting a modest profit this quarter.

Facebook going up against TikTok. In a familiar move, Instagram, which is owned by social media giant Facebook ( FB), is seeking to ride the wave of a hot new trend in an effort to peel screen time away from upstart rivals. Previously, Facebook mimicked Snapchat ( SNAP) with Instagram Live; now, Instagram is planning a service to compete with TikTok called Instagram Reels, and is reportedly seeking to woo popular TikTok creators to use the new platform with lucrative cash payments.

Gold keeps ripping higher. The price of gold continues to hit new all-time highs, with the precious metal advancing about 1% Tuesday to trade above $1,950 an ounce. A popular hedge in uncertain times and low-rate environments, money has been piling into gold, which recently surpassed all-time highs set in 2011.

Gold Nears $2,000, Starbucks in the Red originally appeared on usnews.com

Trump to make court pick by Saturday, before Ginsburg burial 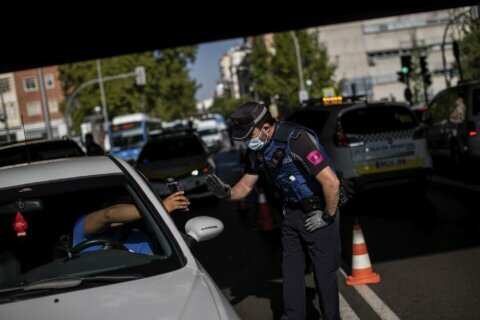