Though it’s only one piece of the business school admissions puzzle, the GMAT carries much importance for aspiring students.

While a GMAT score may not be the deciding factor for admission, students still want to show schools what they can do on the exam, which has four sections focused on analytical writing, integrated reasoning, quantitative reasoning and verbal reasoning.

[Read: What the GMAT Is and How to Prepare for the Test.]

The total score ranges from a low of 200 to a high of 800, with about two-thirds of test-takers earning between 400 and 600, according to the Graduate Management Admission Council, the nonprofit organization that owns and administers the GMAT.

The mean score for test-takers from 2015 to 2018 was 563, according to data available on the GMAT website. Though the average score varies by applicant pool, among the 128 ranked MBA programs that provided GMAT scores of their incoming full-time students in an annual U.S. News survey, the average for fall 2019 was 621.

[Read: What Is a Good GMAT Score?]

Some of the top business schools, however, boasted scores well above these averages.

Among the 11 business schools where incoming students had the highest scores, including ties, the average outcome was 728 — more than 100 points above the overall average across the business schools that reported this data and well above the mean reported by GMAC.

All but one of these schools cracked the top 10 of the 2021 Best Business Schools rankings. Average GMAT and GRE scores are only a small part of the ranking methodology, with other factors including peer assessments, salaries and employment rates of graduates, and more.

Below is a list of the 11 business schools where incoming full-time MBA students in fall 2019 had the highest average GMAT scores. Unranked schools, which did not meet certain criteria required by U.S. News to be numerically ranked, were not considered for this report.

Don’t see your school on the list? Access the U.S. News Business School Compass to find GMAT scores, complete rankings and much more. School officials can access historical data and rankings, including of peer institutions, via U.S. News Academic Insights.

U.S. News surveyed 477 schools for our 2019 survey of business programs. Schools self-reported myriad data regarding their academic programs and the makeup of their student body, among other areas, making U.S. News’ data the most accurate and detailed collection of college facts and figures of its kind. While U.S. News uses much of this survey data to rank schools for our annual Best Business Schools rankings, the data can also be useful when examined on a smaller scale. U.S. News will now produce lists of data, separate from the overall rankings, meant to provide students and parents a means to find which schools excel, or have room to grow, in specific areas that are important to them. While the data comes from the schools themselves, these lists are not related to, and have no influence over, U.S. News’ rankings of Best Colleges, Best Graduate Schools or Best Online Programs. The GMAT score data above is correct as of July 21, 2020.

What to Know About Getting an MBA During the Coronavirus Pandemic

GMAT vs. GRE: Key Differences Between the Tests 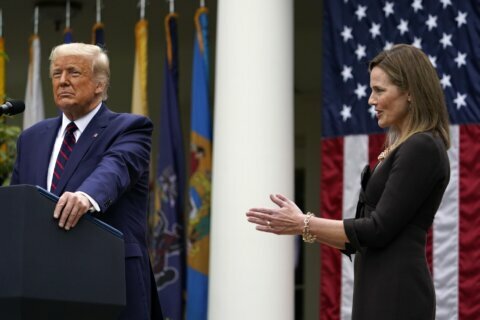