How to Cut Out or Detox from Sugar

If you’ve ever felt a strong craving for something sweet, blame your biology. And know you’re not alone. “Humans have…
Listen now to WTOP News WTOP.com | Alexa | Google Home | WTOP App | 103.5 FM

If you’ve ever felt a strong craving for something sweet, blame your biology. And know you’re not alone.

“Humans have an innate desire and preference for sweet foods because they taste good and are associated with an easy source of energy,” says Dena Champion, a registered dietitian at the Ohio State University Wexner Medical Center in Columbus says.

From birth, we’re conditioned to prefer foods that provide the most calories in the easiest-to-burn format, aka sugar. “Mother’s breast milk is sweet, and infants — luckily — have an innate desire to drink it, which allows them to thrive,” Champion explains.

A preference for sweets is also an “evolutionary adaptation,” she continues. “When food is scarce, calories are important, and foods that are sweet tend to offer high amounts of carbohydrates and calories. This can in turn help humans lay down fat and survive.”

But in our modern society, where food tends to be plentiful, such clever evolutionary adaptations can backfire and lead to obesity and other problems associated with the weight gain that can come from consuming too many sugary foods.

[See: These Healthy Seasonings Are Tasty Substitutes for Sugar and Salt.]

First, it’s important to note that not all sugars are created equal. The naturally occurring sugars in whole foods like fruits, some vegetables and dairy products are generally a much healthier way of adding a little sweetness to your diet than processed or refined sugar.

Refined sugar comes from corn, rice, sugar cane or sugar beets that have been processed to extract their sugars. It can be brown, white or syrupy. It’s used to sweeten baked goods, your morning coffee, cereal and any number of packaged foods. Even foods that don’t taste overtly sweet, such as tomato sauce, bread or salad dressings, often contain whopping doses of refined sugar.

Honey and maple syrup also come from natural sources but are made of almost entirely sugar. Though they may be considered healthier than refined sugar because they’re natural and contain antioxidants, minerals and have antimicrobial effects, they are still made up of sugars. As such, when added to your diet, they should be considered added sugars.

Sugar is now the nutritional bad guy, having recently come under fire as a leading culprit of the obesity crisis in America, where some 70% of the population is either overweight or obese. For many people, it’s because we’re eating too many added sugars every day.

The American Heart Association reports that American adults consume 77 grams of sugar per day on average, more than three times what’s recommended. Over the course of a year, that’s 60 pounds of added sugar annually. The AHA recommends the following daily limits to added sugars in the diet:

— Men should consume 9 teaspoons or less of added sugar per day. That’s 36 grams, adding up to 150 calories.

— Women should consume 6 teaspoons or less of added sugar per day. That’s 25 grams or 100 calories.

If you’ve ever tried to remove sugars from you diet and found it very difficult to do so, again, you’re not alone. It’s part of your biology, says Allison Roach, a registered dietitian with Covenant Health in Lubbock, Texas.

The Addictive Quality of Sugar

“There are neurochemical changes in the brain that occur when we consume too much sugar that are similar to what’s seen with addictions to drugs or alcohol. We have an innate desire to like sweet things. Unfortunately, a lot of our processed foods today have more sugar per serving than what is recommended for consumption in an entire day,” Roach says.

But there’s a real health issue at stake when it comes to trying to remove sugar from your diet. Excess sugar consumption has been linked with a range of chronic health issues, including diabetes, heart disease, even cancer.

Sugar cravings are a problem many people grapple with and Champion says they’re different from hunger. They can develop for a number of reasons, not least of which is deprivation.

“People who completely eliminate added sugar may eventually develop a strong craving for it, which can lead to binge eating,” Champion says. “Other reasons for cravings may be emotional. Someone who is anxious or depressed may crave sweet foods due to the pleasure they derive out of eating them.”

Cravings are “completely normal and human,” Champion adds, and consuming a sweet treat can provide a sort of self-soothing. “Sometimes it’s difficult to know why we crave sweet foods, but some people seem to have a stronger genetic predisposition to it than others.”

In other words, it seems the reason some people have an innate sweet-tooth while others tend to prefer salty, savory snacks could be encoded in your genes.

Whether you’re a natural sweet tooth or are consuming a diet that contains a lot of sugar without realizing it, you can stoke the fire of sugar craving simply by consuming sugar, Champion says. “There’s evidence that the more sugar one eats, the more they crave it. When someone eats refined sugar, there are actually changes that occur in the reward center of the brain similar to changes that occur when someone uses drugs like cocaine or morphine. This causes an intense craving and a desire to consume more sugar. Over time, some may actually need to eat more sugar to derive the same pleasure.”

How to Curb Sugar Cravings

To help you remove excess sugar from your diet, try the following steps:

— Prepare for some strange sensations. Because of the complex changes that can transpire in the brain when you’ve been consuming too much sugar, getting off the sugar roller coaster and breaking the cycle of cravings and consumption can be challenging, but it may be worthwhile, Roach says. “It can be uncomfortable initially. You may develop a headache or other uncomfortable side effects” from reducing your intake of added sugars. But such sensations usually subside in about three to five days.

— Stick with it. If you stick with it longer term, you’ll eventually stop craving sugary foods, Roach says. “If you truly eliminate sugary foods such as candy, soft drinks, cakes, sugary cereals and so on, you’ll stop craving them. Your taste buds change over time, and this can be a very good thing. If you’re eliminating sugar over a period of time, the only thing you’re missing out on is excess calories. Sugar doesn’t provide any nutrients.”

— Change your thinking. Champion cautions that thinking of this process as a “detox” isn’t quite right and could be counterproductive. “I would never use the term ‘detox from sugar.’ That’s a catchphrase that isn’t meaningful. Our bodies have a liver and kidneys that are well equipped at ‘detoxing’ our bodies.” Instead of thinking about detoxing or “breaking cravings, it may be more effective to tune into your cravings,” Champion says.

— Assess your cravings. Instead of simply depriving yourself of sugar to “detox,” which can actually set you up for a binge later, stop and consider why you’re craving something sweet in the first place. “Are you feeling anxious, depressed or overwhelmed? Are you constantly dieting or restricting sweet foods?” she asks. The answer to those questions could help you identify the underlying trigger.

— Build alternative coping mechanisms. Once you’ve discerned the underlying trigger for cravings, try some stress release tactics, such as exercise, yoga or meditation. Or work on your meal planning.

— Build a plan. Both Roach and Champion says creating a plan to taper off using sugar rather than simply stopping all at once will be more effective and sustainable. “I don’t recommend going cold turkey,” Roach says. “The best approach is small steps.” For example, she recommends eliminating “one sweet food each week. For instance, if you always have dessert after dinner on Friday night, eliminate that.”

— Find healthy swaps. As you remove sugary treats from your diet, consider making some healthy swaps. Roach recommends replacing a sugary treat with a piece of fruit to help you feel less deprived. It will “give you the sweet taste you crave.” If you drink a sugary soda everyday with your lunch, replace that with water or a sugar-free tea. The next week, eliminate an additional source of added sugar in your diet. Over time, that can add up to a lot of sugar you’re no longer consuming on a regular basis.

— Go easy on yourself. Eliminating sugar is a process, and as with most things in nutrition, finding the middle ground is best. Instead of focusing on relentlessly eliminating all added sugars, Champion recommends focusing on moderation and eating a healthy diet that includes lots of nutritionally-dense foods like fruits, vegetables and whole grains. To avoid setting up a worse mental health issue or a potential eating disorder, Champion urges you to “be kind to yourself and realize it’s okay to eat a cookie once in a while.”

— Understand sugar isn’t always bad. If you eat a very large amount of added sugar, including sugar-sweetened beverages, “it may be wise to think about realistic ways to cut back on these instead of completely eliminating them. Completely eliminating all added sugar is probably not necessary for good health and may lead to bingeing and increased cravings,” Champion says. “There’s no reason some added sugar can’t be part of a healthy diet,” she continues. For example, sugar may be important for some people, depending on their goals and activities. “If someone is running a marathon, they need quick energy, and sugar, such as can be found in honey, candy and cookies can provide this.”

— Talk to a dietitian. There’s a lot of variability of what it means to cut back on sugar, and it’s going to depend on you, your normal diet, what you’re hoping to achieve and how you can best reach those nutritional goals. For optimal health, Champion recommends a “plant-heavy diet with sugar in small or moderate amounts.”

How to Cut Out or Detox from Sugar originally appeared on usnews.com 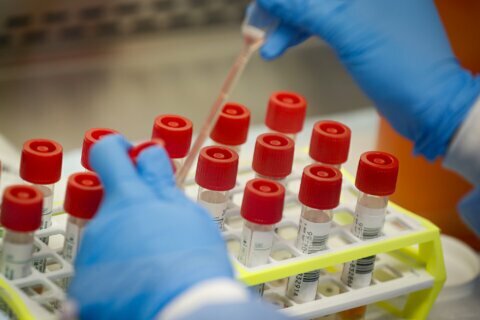 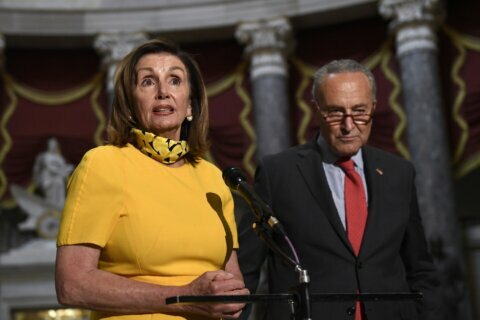