Home » Latest News » What Are the Survival…

What Are the Survival Rates for Skin Cancer?

Once upon a time, hearing the words “you have cancer” was a terrifying prospect. But over the past several decades,…

Once upon a time, hearing the words “you have cancer” was a terrifying prospect.

But over the past several decades, the field of oncology has made significant strides, particularly in the realm of extending survival times for most types of cancer. Over that period, skin cancer has become one of the more survivable forms of cancer, which is good news, given that it’s both the most common type of cancer diagnosed in the U.S. and incidence rates are on the rise.

In any discussion of skin cancer, it’s helpful to first note that there are two major classifications for this disease: nonmelanoma skin cancers and melanoma. Nonmelanoma skin cancers are basal cell carcinomas and squamous cell carcinomas, and these terms refer to which type of cell gave rise to the cancer. Melanoma occurs in melanocytes, which are the cells that contain melanin, the pigment that gives our skin and eyes its color.

“When people say ‘skin cancer,’ they usually mean basal cell cancer and squamous cell cancer,” says Dr. Larisa J. Geskin, director of the Comprehensive Skin Cancer Center at New-York Presbyterian and Columbia University Medical Center. “Basal cell cancer is the most common cancer in the U.S.,” with likely millions of cases diagnosed annually. But because their incidence is not tracked in national cancer registries, it’s difficult to say exactly how many. The Skin Cancer Foundation reports that an estimated 4.3 million cases of BCC are diagnosed annually, resulting in more than 3,000 deaths. The incidence rates for this form of skin cancer are not tracked more regularly, like melanoma is, “because it’s very rare that death may be caused by this type of cancer,” Geskin says. Nevertheless, basal cell carcinoma accounts for about 80 percent of all skin cancers in the U.S. and is often curable with a simple surgical excision. “Death from basal cell carcinoma is quite rare.”

Squamous cell carcinoma, which accounts for nearly 20 percent of all skin cancers diagnosed in the U.S., is somewhat more aggressive and may be more likely to spread to nearby lymph nodes. The Skin Cancer foundation reports that more than a million cases of SCC are diagnosed each year, resulting in more than 15,000 deaths. But Geskin says death from this type of cancer is still quite rare. “Squamous cell carcinoma has the potential to metastasize to the lymph nodes and has the potential to kill a person,” but it’s usually caught early, before it has metastasized, or spread, to nearby lymph nodes or distant organs. People diagnosed with squamous cell carcinoma “have a pretty good survival. When we cut it out, people usually don’t die of it.”

But “this is in stark contrast to melanoma,” she continues, “which is a truly invasive and deadly skin cancer that comes from cells that produce pigment, called melanocytes. People of all races and all skin colors have the same number of melanocytes,” but these cells produce more melanin in people with darker skin. That melanin acts as a protective layer that blocks damage from UV rays (sunlight), “so people with darker skin have lower rates of melanoma because they have this natural protective layer.”

But despite this natural protection, if people with darker skin develop melanoma, they have the same survival rates as people with lighter skin, Geskin says. And she adds that it’s a fallacy to believe that tanning provides protection from skin cancer. On the contrary, UV radiation exposure elevates skin cancer risk across the board. “Melanin that’s produced on UV stimulation is different from naturally produced melanin,” she says, because when melanin production is stimulated by exposure to sunlight, it can damage the genetic code of skin cells, which may eventually lead to skin cancer. “Like many types of radiation, UV rays can cause DNA damage. Skin color that’s produced by exposure to UV radiation isn’t protective ,” she says.

Survival from melanoma is not guaranteed, but the outlook has improved dramatically over the past few years, thanks to improved treatments and efforts to detect it earlier, before it has spread. Particularly if it’s caught early, melanoma is highly survivable; the American Academy of Dermatology reports that the “five-year survival rate for people whose melanoma is detected and treated before it spreads to the lymph nodes is 99 percent.” And for those with later-stage disease, there’s also reason for hope, Geskin says. “In the past, nearly all stage 4 patients would die of their disease. But now, the survival rates for melanoma are tremendously improved.”

Survival rates for any type of cancer are pegged to the stage during which they were first diagnosed. The doctor or pathologist will stage your cancer based on a number of factors including the size of the tumor and whether evidence of cancerous cells has been found in nearby tissues or other parts of the body.

Five-year relative survival rates help predict how many patients are expected to survive five years beyond initial diagnosis. “There’s nothing magical about five years,” says Dr. Nikita Shah, section leader, breast medical oncology at Orlando Health — UF Health Cancer Center in Florida. “What’s unique about 5 versus 4 or 6 is that the further out you go from a diagnosis of cancer, the less risk you have of the cancer coming back.” But at some point, the data gets reported, and 5 years is the standard timeline for that reporting.

The National Cancer Institute reports melanoma survival rates based on the spread of the cancer using the Surveillance, Epidemiology, and End Results database, also called SEER. Localized cancer refers to stage 1 disease that has not invaded tissue beyond the initial point of origin. Regional disease generally correlates to stage 2 or 3 and refers to disease that may have spread to nearby tissues or the closest lymph nodes. Distant melanoma refers to a cancer that has metastasized to other organs in the body, such as the lungs or the brain. The five-year relative survival rate for melanoma by SEER stage is:

Within each numeric stage, specific cases can be further classified into substages, such as 1B or 3C that provide additional detail about the severity of a case of skin cancer. These substages typically take into account the size of the tumor and whether and where it’s begun to spread. And this nuance can make it difficult for an individual patient to draw a lot of conclusions about their own anticipated survival timeline based on the reported rate for a certain stage of melanoma. For example, some stage 3A cancers actually have a higher survival rate than some stage 2 cancers “because the main (primary) tumor is often less advanced for stage 3A cancers, although this is not clear,” the ACS reports.

“Stage 3 melanoma is a very diverse stage,” Geskin adds. For example, “some stage 3A cancers have a better prognosis. It varies, but it can range from 30 percent to high 40s or even 50 percent, depending on the specific features of the melanoma.” In other words, each case is different and it’s important to work with your oncologist to find out the specifics of your cancer rather than simply looking at a survival rate online and assuming the worst.

While stage is a major factor in how long someone diagnosed with melanoma is expected to live, there are other factors that can alter life expectancy after diagnosis including:

Older people usually have worse survival rates than younger people, but again, there’s a lot of individual variation in these rates. Especially with melanoma, which is becoming more common in younger people, age may have less to do with your chances of survival than it would in some other types of cancer.

What other diseases do you have? How well are they being managed? Your overall health is a critical component of how your body will respond to treatment. If you’re in poor health or have other chronic conditions that aren’t being well managed, a simple case of skin cancer may have the opportunity to capitalize on those problems and spread.

How soon a skin cancer is caught is a big determining factor for expected survival, but so is a patient’s ability to access treatment. If you don’t have access to good care, even with an early stage skin cancer, the prognosis may not be all that rosy. On the flip side, even a stage 4 skin cancer diagnosis can be managed — maybe even for years in many cases — so your survival rate is often very dependent on your ability to get the right care.

The recent arrival of immunotherapies — drugs that leverage the body’s own ability to heal by triggering elements of the immune system to fight cancer — and targeted therapies that block certain molecules that can feed tumors, have significantly impacted the survival timelines for some patients. Selective monitoring of patients is another approach that is helping patients live longer with less intervention and fewer side effects.

Dr. Mark Faries, co-director of the melanoma program and head of surgical oncology at The Angeles Clinic and Research Institute, an affiliate of Cedars-Sinai Medical Center in Los Angeles, has done extensive research into using sentinel node biopsy — a procedure often associated with breast cancer that determines which lymph node is most likely to be the first one to receive cancerous cells from a tumor if they start to spread — to help pinpoint which patients are more likely to have a recurrence in melanoma. In a sentinel node biopsy, only one to three of the nearest lymph nodes are excised and checked for cancer. This enables some patients to have less surgery and enjoy a better quality of life with no impact to their anticipated survival. “It’s a balance between the cost, the toxicity and the complications that are a risk with any other intervention versus what benefits do you get from them,” Faries explains.

Conducting a more extensive surgery that removes all lymph nodes near a tumor provides a lot of information and “certain benefits,” Faries says. “But one of them is not a survival advantage, it looks like.” Extensive surgery can also cause severe side effects such as life-long problems with drainage of lymphatic fluid that can lead to lymphedema. Therefore, in some cases, it’s better to leave most of the lymph nodes alone and monitor the patient regularly for any signs of spread, and act only when needed. “Watchful waiting in that specific situation seems like a reasonable approach for many patients,” he says.

For patients who do experience progression to later-stage melanoma, there’s more hope than there used to be because “there’s been a revolution in the effectiveness of medical treatments for melanoma,” Faries says, in the form of targeted therapies and immunotherapies.

Geskin echoes this statement, noting that during her fellowship at the University of Pittsburgh in the early 2000s, she worked with several young melanoma patients who sadly had very limited hope for survival at the time. “I remember those cases of young women and young men who would die of the disease, within 12 to 24 months sometimes, when they had extensive metastasis. Now, with the new invention of checkpoint inhibitor targeted therapies, the survival has improved dramatically.”

However, because these treatments are still so new, it’s difficult to know exactly how improved the survival rates are or will become, as some of them haven’t been available for five years yet. “We don’t even know yet the true shifts in survival because it’s so early. But it’s at least 30 percent better than before, which is a tremendous success. We’ve been treating (this disease) for many years, and just now we’re actually seeing this type of progress.”

What Are the Survival Rates for Skin Cancer? originally appeared on usnews.com 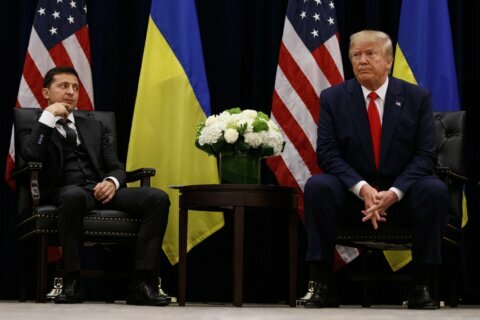