Robins: A sign of spring? Or did winter never come?

It\'s been said that robins are a harbinger of spring, but many locals have been noticing more backyard American robins during the cold winter months.
Listen now to WTOP News WTOP.com | Alexa | Google Home | WTOP App | 103.5 FM
(1/3) 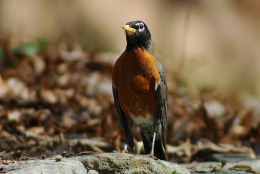 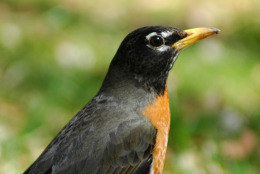 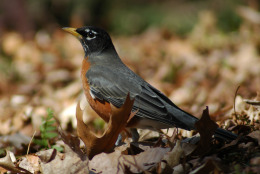 WASHINGTON – It’s been said that robins are a harbinger of spring, but many locals have been noticing more backyard American robins during the cold winter months.

Geoff LeBaron of the National Audubon Society has been in charge of Christmas bird counts since 1987. He maintains one of the largest databases in ornithology.

“Historically most of the robins wintered pretty much in the deep south/southeastern U.S. Over the last 40 to 50 years they’ve increased significantly, especially in the northern and eastern part of their range,” LeBaron says.

The annual bird counts have been conducted during the holiday period since the early 1900s.

“You’re likely to see three or four times more robins when you’re out on a Christmas bird count now than you were in 1965.”

LeBaron says that mild temperatures are the likely cause of the increase in robin sightings during the winter months.

“Robins really only go as far south as they need to. They … follow the edge of the freeze up and snow line. As that line moves northward then robins can winter further and further north.”

In addition to warm temperatures, LeBaron says landscaping plants that retain their berries in the winter, common to suburban areas, offer incentive for the birds to stay longer.

“In addition to more open water and less snow, there’s also an increasing amount of food available in terms of ornamental plantings across North America.

Through recent winters, locals have spotted robins flocking in parks, foraging in fields and roosting in trees during what would normally be the coldest months of the year. In Washington, the past two winters have featured above normal temperatures and below normal snowfall.

David Wiedenfeld of the American Bird Conservancy explains while some robins migrate south from Canada and northern regions to the Mid-Atlantic, some choose to live here year-round. Even so, Wiedenfeld believes that their reluctance to migrate during recent winters is likely due to the warmer than usual temperatures.

“We’ve had a couple of very mild winters here … as winters having warmed up we have been seeing a lot more robins.”

Wiedenfeld says that robins are hardy birds, and opportunistic as well. He says if colder, snowier weather were to arrive late in the season, the robins may simply decide to move to warmer regions.

“They can take care of themselves pretty much. They’ll decide if they need to move south.”