SYRACUSE, N.Y. (AP) — Garrett Shrader connected with Oronde Gadsden II on a 25-yard touchdown with seven seconds left to lift Syracuse to a 32-29 win over Purdue on Saturday.

“They threw a corner route, completed it in the corner against man-to-man coverage. It was in the end zone and they scored on it,” Purdue coach Jeff Brohm said. “They did a good job of executing.”

That touchdown capped a wild fourth quarter of dramatic lead changes. Syracuse led 10-9 after three quarters and outscored the Boilermakers 22-20 in the final period. The Orange improved to 3-0, its best start since 2018. Purdue fell to 1-2.

“This is a spiritual-type game here,” said Syracuse coach Dino Babers, who compared the end of the game to a rollercoaster ride. “To win a game like that, to have the scoreboard go back and forth from the third quarter to the fourth quarter, through the highs and lows. … there were turns, there were deep valleys and then there were big climbs.”

Aidan O’Connell’s 12-yard touchdown pass to tight end Payne Durham with 51 seconds left in the fourth gave the Boilermakers a 29-25 advantage and seemed to seal it for Purdue. But two unsportsmanlike conduct penalties were called against the Boilermakers after the touchdown, and they were forced to kick off from their own 10-yard line. Courtney Jackson returned the kick to midfield to put the Orange in striking distance.

The Boilermakers then committed two more penalties — holding and pass interference — on third-and-10 plays to keep the winning drive alive before Shrader threw for the winning score.

O’Connell, who completed 38 of 54 passes for 415 yards and three touchdowns in the game, threw for two fourth quarter scores to rescue the Boilermakers from a 10-point deficit.

But before those O’Connell heroics, Syracuse scored two touchdowns within nine seconds and led 25-15 midway through the fourth quarter.

A scrambling 46-yard touchdown pass from Shrader to Gadsden on a fourth-and-one play gave Syracuse an 18-15 advantage after Shrader ran for a 2-point conversion. That touchdown happened with 8:17 left in the game.

On Purdue’s next possession, SU’s Jatius Geer wrapped up O’Connell as the Purdue QB attempted a pass. The ball wobbled into the hands of Orange defensive end Caleb Okechukwu, who trotted 17 yards into the end zone.

“Just trying to get back there,” said Okechukwu, who believed Geer would sack O’Connell. “He threw the ball and I just caught it and scored.”

Syracuse led 25-15 at that point, but O’Connell hooked up with favorite receiver Charlie Jones for a 55-yard touchdown that moved the Boilermakers within 25-22 with 6:41 left. A missed 41-yard field goal by Mitchell Fineran with 2:54 left could have tied it.

The teams had met only once before, when in 2004 Purdue beat the Orange 51-0 at Ross-Ade Stadium.

Purdue: The Boilermakers were without running back King Doerue, who is nursing a calf injury. Doerue rushed for 68 yards on 18 attempts with three touchdowns in Purdue’s first two games. Without him, the Boilermakers struggled to get much going on the ground, but typically got plenty in the air from O’Connell. The Purdue quarterback had lots of time in the first half and threw for 175 yards on 21 of 27 attempts. Syracuse applied more pressure on him in the second half, but O’Connell still managed to successfully throw deep. Jones, a transfer from Iowa, caught 11 passes for 188 yards, both career highs.

Syracuse: Shrader had been one of the nation’s most accurate passers through his first two games this season (38-48, .792), but Purdue put sustained pressure early on him, forcing Shrader to scramble and mostly abandon an air attack. He completed 4 of 10 passes for just 35 yards in the first half. He was much more effective in the second half, completing 9 of 19 passes for 146 yards and three touchdowns. Purdue locked up SU running back Sean Tucker, who rushed 18 times for 42 yards after starting the season with a pair of 100-yard games. 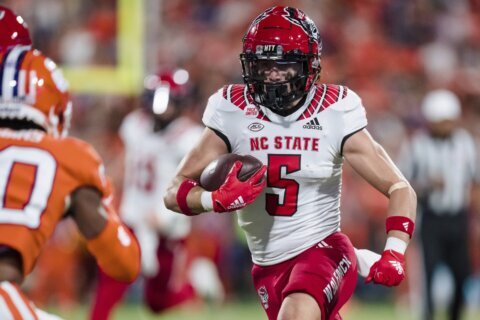 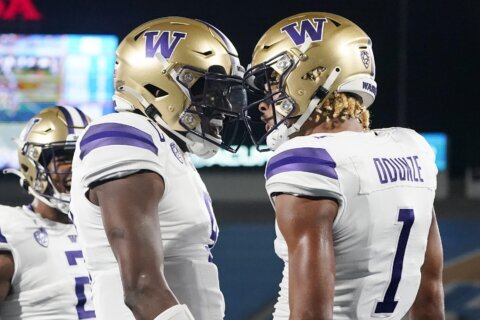 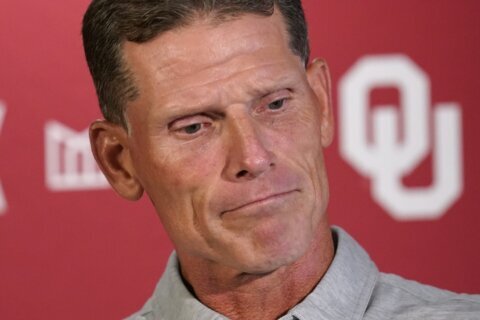